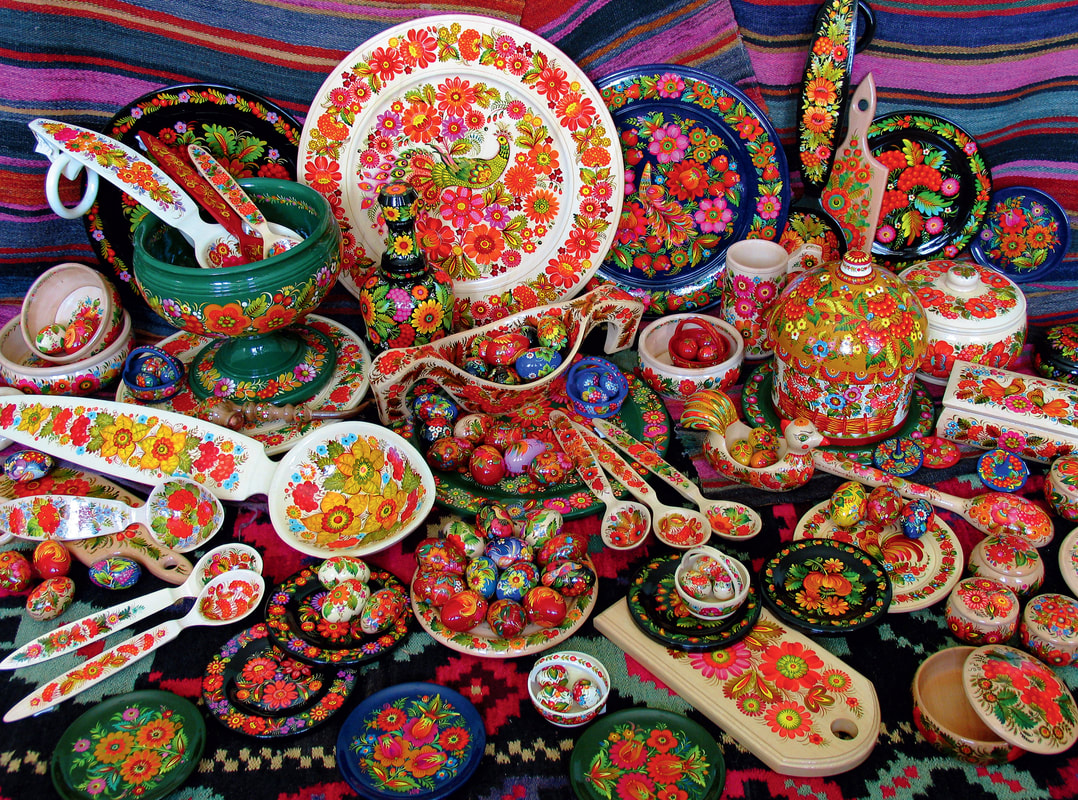 To see the world in vivid colors is to see it in its aliveness, its value; and to be grateful for what is given. It is to see colors as expressions of something deep, rich, and amazing in nature itself: something that presents itself for human feeling in the natural world. Colors aren't just facts; they are also values.  They are the world saying to the human eye: "Here I am, take heed of me, I present myself to you."

An Ecological Civilization needs people who can see colors in this way and then add their own interpretations through design and decoration, making human life all the more colorful. This is one reason the world needs Ukrainian folk culture with its tradition of Petrykivka painting.  It tutors the eye and the heart in the arts of color-gratitude.

​in 2013 Petrykivka Painting was recognized by UNESCO as part of the Intangible Cultural Heritage of Ukraine and as one of Ukraine's gifts to the world.  The images on this page come from the UNESCO website, as does the following description:
​

​The people of the village of Petrykivka decorate their living quarters, household belongings and musical instruments with a style of ornamental painting that is characterized by fantastic flowers and other natural elements, based on careful observation of the local flora and fauna. This art is rich in symbolism: the rooster stands for fire and spiritual awakening, while birds represent light, harmony and happiness. In folk belief, the paintings protect people from sorrow and evil. Local people, and in particular women of all ages, are involved in this folk art tradition. Every family has at least one practitioner, making decorative painting an integral part of daily existence in the community. The painting traditions, including the symbolism of the ornamental elements, are transferred, renewed and enhanced from one generation to another. Local schools at all levels, from pre-school to college, teach the fundamentals of Petrykivka decorative painting, with all children given the opportunity to study it. The community willingly teaches its skills and know-how to anyone who shows an interest. The tradition of decorative and applied arts contributes to the renewal of historical and spiritual memory and defines the identity of the entire community.

As UNESCO makes clear, Petrykivka painting contributes to a renewal of historical and spiritual memory in Ukraine, offering Ukranians a sense of identity.  It simultaneously contributes to the world's best hope: that we turn our energies away from what David Korten calls "Imperial Civilization"and toward what he calls "Ecological Civilization."  Here is how Korten puts it:
​

Human civilization, as we have known it for 5,000 years, is now dying. It has from the beginning been an Imperial Civilization dependent on the exploitation of Earth’s bounty to support the power and opulence of the few at the expense of Earth’s health. It comes at the expense of the suffering and servitude of the human multitudes. We in the West, pride ourselves on the accomplishments of the Scientific Revolution, the Enlightenment, and the Industrial Revolution.

Yet we have never managed to get beyond the exploitative relationships of Imperial Civilization. Where we appear to be successful, it comes at the expense of people far away whose labor and resources we have expropriated. That civilization, having reached the limits of environmental and social tolerance, is now in its final death throws as a new civilization—an Ecological Civilization of Earth balance and social equality—struggles to be born.

Our goal, as an international community of activist scholars, is to facilitate humanity’s passage to a new civilization. We begin with a recognition that we humans are a distinctive species. Far more than any other species, we have the individual and collective ability to envision, then to chose, and to create our future.

In saying that we must "envision, chose and create" an Ecological Civilization, Korten points toward the role human imagination plays in turning toward a healthier world.  Ukrainian folk painting provides an example of that turning. Amid its rootedness in the past, it also points to the future. It reminds us that we must learn to see the world in its vivid colors: in its vibrancy and beauty, intensities and harmonies, its intrinsic value. And it invites us to create designs (clothing, furniture, buildings, graphic arts) that likewise present the world in its vibrancy and value.

If we are to receive this invitation, it helps if we view the world organically not mechanistically.  The philosopher Alfred North Whitehead proposes that the natural world is not a mere object among objects; it consists of actualities that have subjectivity in their own right: feelings and aims. The world is, in the language of Thomas Berry, a communion of subjects and not just a collection of objects. Colors are part of the subjective energy of the the natural world (flora, fauna, and the elements) as it presents itself to human beings, who are likewise part of the natural world.  We, too, have our colors.

Whitehead adds that the colors are relational. Colors are not solely in the subjects perceived; they are also in the eyes of the beholders.  Colors are what is given and how we interpret what is given. They are value incarnate. Color-gratitude, then, is one way of realizing values in the world we perceive and affirming our relatedness to that world.  In a spirit of color-gratitude we perceive the world's colors and we interpret then colorfully: that is, in ways that add love and beauty to the whole of life.  Love can be a color within all colors, if we help make the world more beautiful. 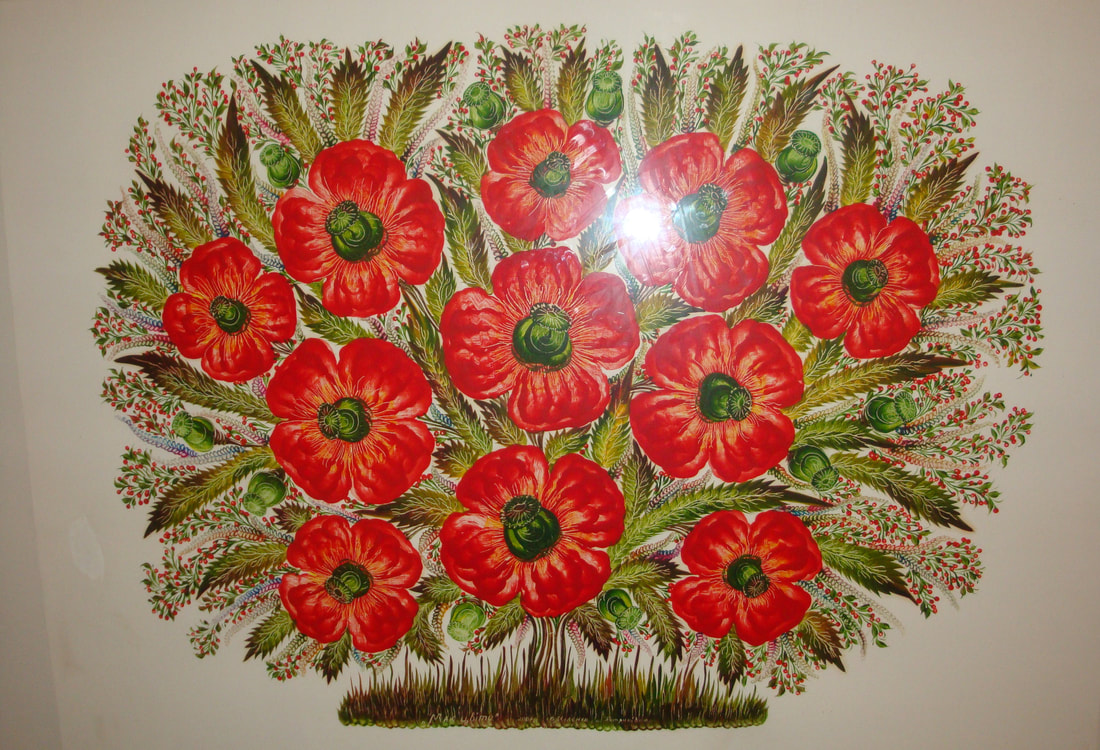 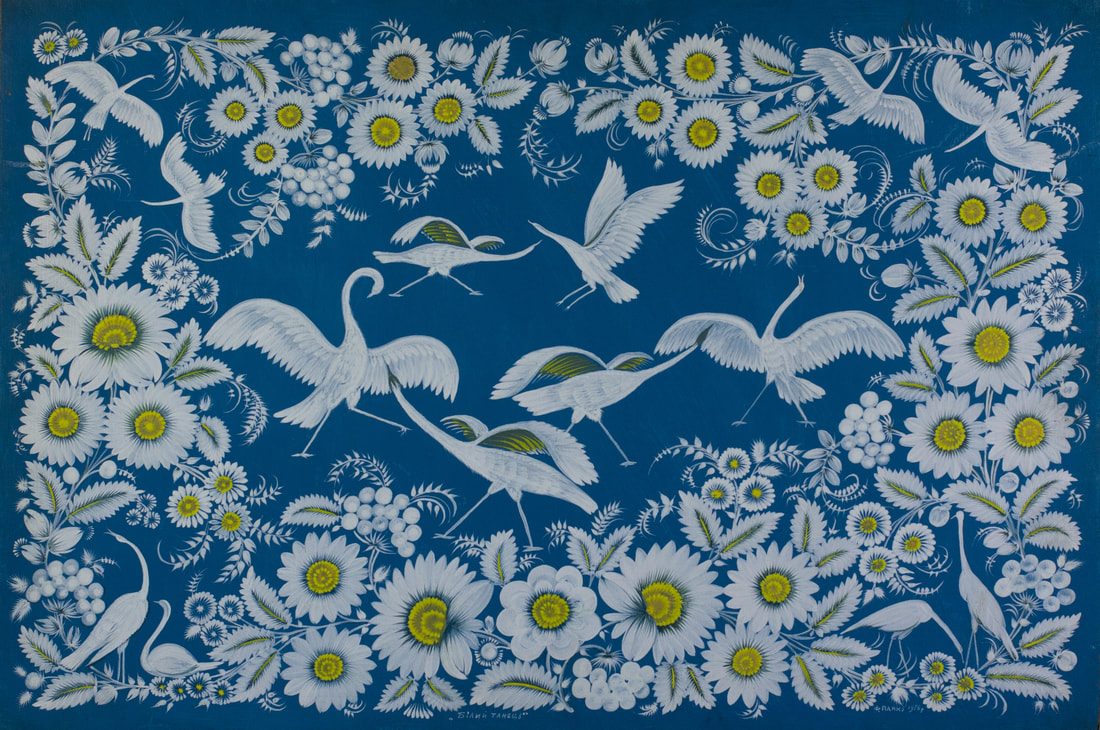 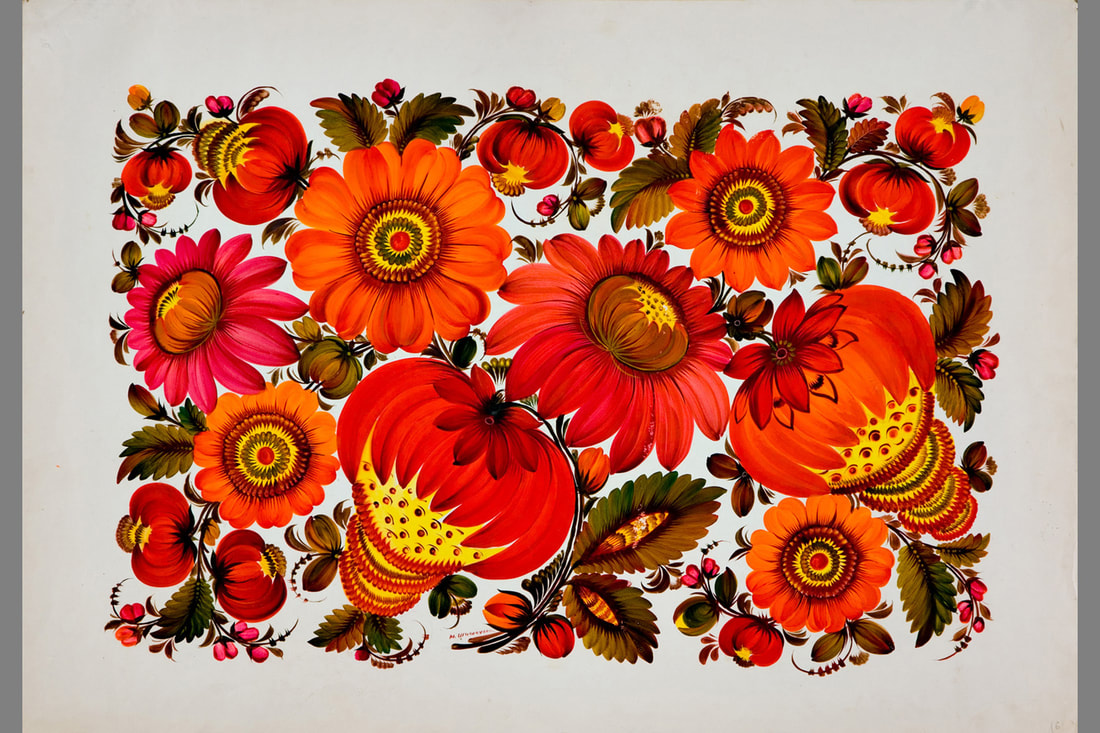