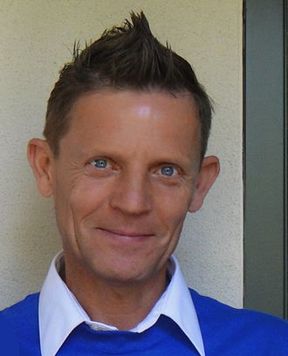 Imagine that the organizing principle of your intellectual and spiritual life is life itself.  You are trying to live in the world in ways that help life flourish on our planet: human life, of course, but also animal life and plant life and elemental life.  And you also think there's life in the stars. You've written a book on the Sun as a living process in its own right.  Life is your religion.

​You are not religiously affiliated but you hope that each and all of the world's religions carry with them the seeds of a life loving religion.  You encourage people with religious affiliations to find seeds of the religion of life that lie dormant within their own traditions and to live from them.  And if they believe in God, you encourage them to imagine God, not so much as a being separate from the universe, but as the living whole of the universe - the Soul of the universe -- whose very body is the universe itself.  You think that the universe itself is a living being, that that "God" can be one name for this living being which is the universe as a whole.
​
Imagine further that you are an astrophysicist and you think science can help guide us into this religion. You believe that physics is valuable indeed: you are trained in it. But you think the principles of physics are ultimately subordinate to the principles of biology.  As you see things, life itself is the activity of mobilizing all your abilities for the sake of the highest beauty, goodness, and truth of all life at your best, and this uplifting activity is found within the very depths of matter and beyond that.  You think that matter itself is an expression of something deeper, a creative vitality.  You have written many articles and books on these issues: Fundamental Complexity Measures of Life, and Cosmic Life Forms, a chapter in From Fossils to Astrobiology, and The Helios Theory – The Sun as a Self-Regulating System and as a Cosmic Living Organism.  You co-edited Astronomy and Civilization in the New Enlightenment.  You know you are not alone in this way of thinking: You are grateful for many philosophers and scientists who say similar things: Alfred North Whitehead and Ervin Bauer. Your name is Attila Grandpierre.

Now imagine still further that you are a musician.  You realized at an early age that there are profound connections between life and music, and you wanted to be a singer as well as a scientist/philosopher.  You have two bands, one of which is Vágtázó Csodaszarvas (Galloping Wonder Stag).  It is hard to describe the music to others, but some say that you and your band are playing shamanistic folk punk.

There is certainly truth in the description.  The music is shamanistic in that you hope to inspire people into forms of consciousness that are intuitively attuned to the magic of life itself.  It is punk in that it has a hard, beat-driven edge that is conducive to wild dancing, which you enjoy yourself.  And it is folk in that it utilizes ancient instruments: tambura, ancient Hungarian lutes, shaman-drums, zurna and bagpipes, violin, erhu, morin khuur and double bass. There is a bit of patriotism in all of this, albeit not of the mean-spirited or xenophobic variety. T he music you play is evoking the spirit of ancient bow-wielding, horse-riding people of Eurasian grasslands.  You realize that this kind of music was kept underground for millennia, and you want to bring it back, in contemporary form, so that others may awaken to the beauty, the magic, that is life itself.  Again your name is Attila Grandpierre.

​Editor's Note: A Word about Music and Its Moods 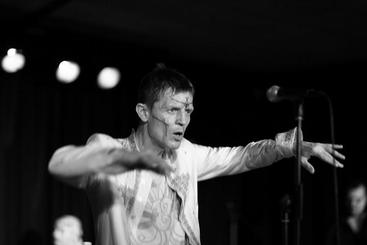 I was fortunate enough to meet Attila at a the 11th Annual Conference on Whitehead and Ecological Civilization, held in Claremont, CA, April 28 and 29, 2017.  He gave a paper on the cosmology of life and its relevance to Ecological Civilization and we visited afterwards.  Like other process theologians and philosophers, I found myself agreeing with much of what he said in his paper and also "agreeing" with his music.  Of course music is not a series of verbal propositions to which you give assent.  It is a mood, an emotion, a heartbeat with which you resonate.  At our conference we were discussing the prospects for an ecological civilization: that is, a civilization in which people live with respect and care the for community of life, humans much included.  And we were interested in the spiritual foundations for such a civilization: the shared sensibilities, articulated with or without religious affiliation.  It was obvious to many of us that a love of life, biophilia, was one of those foundations, and that this love begins with feeling.  Music has a special capacity to elicit such love.  In Jesus, Jazz, and Buddhism we speak of 18 moods which can be evoked by, and communicated through music.  Three are the shamanic imagination, a sense of interconnectedness, and awakening to creative energy.  This is what I hear, and others as well, in the music of Galloping Wonder Stag.  It's music you want to dance to.  The very idea that ideas communicated through science can also be felt in music and that you can dance them, is itself part of the process tradition. We believe that ideas are lures for feeling and, Attilla and the Galloping Wonder Stag might add, lures for dancing. And we believe that shamanic forms of consciousness, in which our boundaries fall away and we are taken into a deeper fullness of live, indeed a zest for life, are part of the process by which the worst sides of modernity can be transcended, and a more life-enthralled attitude toward life can emerge.  For this reason, as well as the reason it's just plain nice to learn with and from Hungary, we introduce Attilla Grandpierre to you.  Enjoy and start dancing.