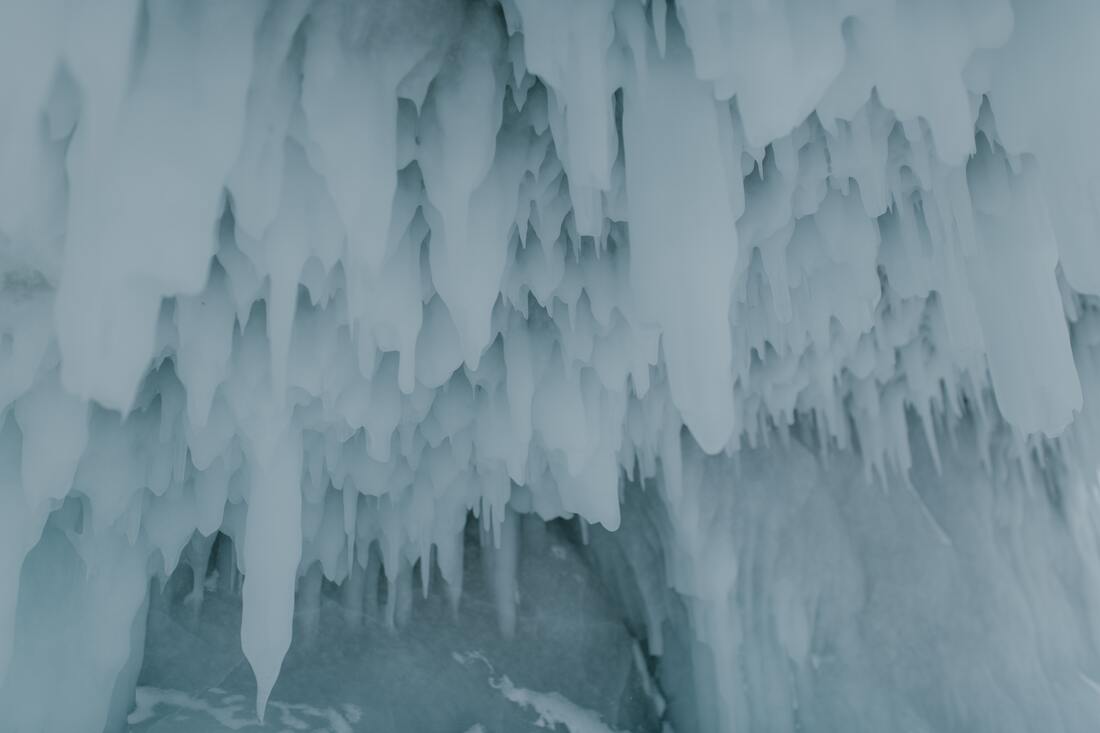 Photo by Julia Volk from Pexels
​Sin is a freezing process, says Dorothy Solle. It is a loss of warmth, love, caring, trust, and natural joy.  It affects our relationships with ourselves, with other people, with the natural world.  Our hearts become ice cubes, and sometimes we don't even notice that they've iced over until it's almost too late.  Our need is for melting.  Is there a creative force in the universe, an invisible light, that can assist in the melting?  Process theologians believe so.  They call it God.

​But if we say we have no sin, then we deceive ourselves, and the truth is not in us.[I John 1:8]

When I try to say how I see the world, I can’t get away from an image that forces itself on me and won’t let go: the Ice Age -- this slow advance of cold, a freezing process which we experience and try to forget. Ice Age in the schools, in the factories, in the high-rise silos we live in, in those smallest units formerly known as families. We all know that more people are more skillfully tortured than ever before, that more people starve and that more children in the Third World become mentally retarded due to lack of protein.


Meanwhile, in the First World, more and more people are spiritually retarded from overnourishment, to sum up in one word the condition we enjoy. We don’t just live in an advancing Ice Age; we produce it, maintain it and profit from it. It is absurd that we want to deny the fact of this “sin”; that is, the domination of freezing over retreating human beings. To dispute or ignore the Johannine writer’s words demands a certain degree of mindlessness or stupidity. You don’t have to be “religious” or “especially sensitive” to understand what I’m talking about. Sin -- the absence of warmth, love, caring, trust -- is the most normal thing in the world.

Marianne is an attractive young woman who owns her own home in the suburb where she lives with her two children. She tells me about the gold jewelry her husband gave her for Christmas. The gold comes from South Africa; but she doesn’t see the blood on her gold chain. She hardly understands the connection between racism, infant death rates and exploitation, on the one hand, and profit, the low price of gold and the export of nuclear technology (in which her husband is involved), on the other hand. Another thing she doesn’t (yet) know is that gold can’t keep her warm.

For her, “sin” is a ridiculously old-fashioned word, connected with eating too many calories, illegal parking or uncondoned sexual behavior. You really can’t take any of that seriously. Marianne feels guilty about her mother because she doesn’t visit her often enough; occasionally she asks herself if she takes proper care of her children. But sin?

Recently she’s been depressed a lot without being able to say why. Soon, I suspect, the emptiness of her life will catch up with, her. Then she will either have to change her life, or she will go right on living in her modernized doll house and denying, repressing, sweeping under a thicker and thicker rug everything that disturbs or challenges her. She will continue to freeze, in spite of good intelligence, an adequate education and an inborn capacity for compassion and empathy. She will remain underdeveloped rationally, emotionally, socially and therefore individually as well. A colonized being, governed by trends in which she has no say but to which she submits, cut off from life, impoverished -- it goes without saying that she is depoliticized as well.

If Marianne happened to read this article, she would see it as overly pessimistic exaggeration. Like so many people, she is superficially Christianized. In her youth she was taught that sin means separation from God, turning away from the Creator, revolt against him, worship of other gods. But all of these are empty phrases which have nothing to do with her life. She experiences the actual meaning of this word sin -- namely, being separated from God -- most closely when she is depressed. More sensitive to cold than is her husband, she feels the Ice Age drawing near. But there are so many fantastic antidepressants -- alcohol, for example.

When the tradition says that sin is the destruction of our relationship to God, it doesn’t mean individual “sins” but rather a general condition, the destruction of our capacity for relatedness. Everything seems to us to become shadowy, unimportant; life loses its taste, we can take it or leave it. Sin means being separated from the ground of life; it means having a disturbed relationship to ourselves, our neighbor, the creation and the human family.

Thanks to her feminine upbringing, Marianne feels like a victim of her environment. She doesn’t know her own strengths and capabilities. She’s been brainwashed long enough to believe that she can’t patch an electric wire; that only young, attractive women have anything to say on television; that she doesn’t understand anything about business and politics. When I recently asked her to sign the Danish women’s petition against the so-called arms race, she gave me the classic argument: “It doesn’t do any good, anyway.” Sin means, for women more than for anyone else, not knowing one’s own strengths and capabilities; never having experienced solidarity; giving oneself credit for nothing; having no self-confidence. It means living without self-determination, without power, without hope. Black theologians define powerlessness as the apathy of those who have given up. The life of most women resembles that of colonized people. Thus alcoholism is almost a “natural” result of the destruction of one’s relationship to oneself.

Marianne’s relationship to her neighbor is very reduced. She has to do only with people of her own class. She keeps her children (unconsciously, of course) away from contact with different people, different experiences, different cultures. Unrecognized racism has become an integral part of her life. But even her relationship to people of her own class is essentially based on competition and envy. “Look what they can afford!” (rather than “What do they need that for?”); “Why do your friends do better than you in school?” (rather than “What are you really interested in at the moment?”); “Why was your colleague promoted before you?” (rather than “How can we have more time for each other?”). The assumption that other people must be our enemies rather than our enrichment, our affirmation, our joy is the permanent foundation of our culture, glossed over by nice parties.

Marianne’s relationship to the creation and to nature is perhaps somewhat less disturbed than her husband’s. She rides a bicycle, while he drives a car. But she’s lost her original joy in the returning birds, the rise of the moon. Everything she loved as a very young girl is further away now, more indifferent; but she still fights back against the freezing process.

Marianne’s relationship to the human family, to her sisters in the Third World, is troubled, privatistically crippled. I’ve given up even trying to answer her occasional “But what can anybody really do?” This question just masks the fact that she really doesn’t want to do anything. There are hundreds of possibilities for getting effectively involved now and giving part of one’s time, money and strength for justice.

I read the following letter from an Indonesian father in the Public Forum (December 14, 1979):

Every father wants a better life for his children. That’s why he becomes a father in the first place. My daughter has become a prostitute. This is the only way she can help the family. She doesn’t want to watch the family starve. A victim of poverty, my God. I am ashamed. But the rich society can only buy our bodies, not our souls.

My wife is a symbol of suffering and sacrifice, my God. She works as a maid for 1200 rupiah ($1.60) a month and one meal a day. She has to do all the heavy housework, wash, clean, cook, watch her master’s children -- all this for a miserable rupiah. Her master’s wife doesn’t pay any attention to my wife’s work. At the same time, my children need consideration and love too, but circumstances force my wife to neglect her own household to take care of someone else’s household -- for so little money. Can community grow in such disorder?

How can any reasonable person permit this to happen, that my wife is a slave and my daughter a prostitute; children of hunger, naked, sick, uneducated?

My understanding of sin has been shaped by the experiences of my generation. I was born in 1929. I am a child of fascism, and spent about ten years of my young adulthood on the questions: “How could it happen? Where were you when the transports were put together? Didn’t you smell the gas?” Without this background, I would probably still think of sin as a superficial feature of a poor religious socialization. Coming of age means becoming capable of guilt. To understand what sin is, we need a standard by which we can measure false, unconscious, frozen life. We can begin to recognize and overcome sin only when we begin to use this standard; when we, related to one another, begin to learn to love. A voice calls, “Turn around! Why do you want to die?” (Ezek. 18:31).
Open Horizons