Slow, Emotive, and Quietly Explosive
​​
The Eco-Electronic Music of Mei-Fang Liau as
inspired by the choreography of Lee-Chen Lin

​
Her sonic journeys explore themes of growth, decay and the contradictory place of humans within nature.  The slow, explosive, and quietly emotive dance performances of Taiwan's legendary choreographer Lee-Chen Lin are a key inspiration.


The fire of love at the heart of every being is the sense by which all things know one another immediately, intimately from the inside, as if there was no external space.


The fire of love ignites the inner space of our imagination and the outer space of the hills and rivers.  Some say the fire began with an early green outburst about fifteen billion years ago.  Others say it began with God.  Still others say "both."   It now burns within the heart of each being as a yearning for satisfaction, for intensity of experience, for togetherness, for creativity.  The burning within a given creature can be in balance or out of balance with the other fires.  In any case it is quietly explosive.  Mei-Fang Liu makes music of the fire. 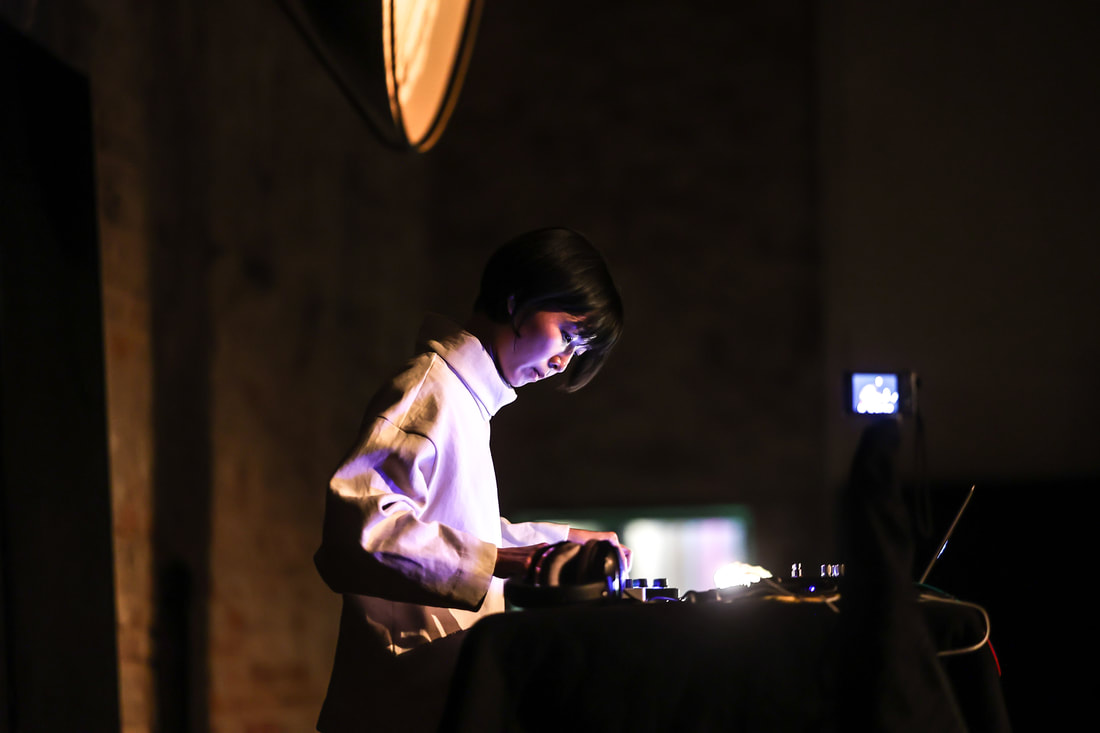 - Photo by Roland Owsnitzki
Mei-Fang Liau is the Taiwan-born, Berlin-based musician and audio technologist behind Floating Spectrum. She creates intuitive and emotional compositions from a technically rigorous practice, coding her own custom generative music engines and software synthesizers. Using self-made tools such as Polyphylla, her fractal-based synthesizer inspired by patterns in nature, she is able to craft a wide range of intricate, organic computer-based sounds with subtlety and depth. The otherworldly generative visuals of her performance collaborator, the creative code artist Abe Pazos, reveal a similar fluent sensitivity to his digital tools. Together, these two artists guide audiences through a swirling audio-visual immersion in which human, nature, and technology are intimately and inseparably intwined."