So What is Christianity, Anyway?

with help from the Pluralism Project at Harvard University

An increasing number of college students in North America are unfamiliar with Christianity as a religion, except as presented in stereotypes they see on television or the internet.  And even if they grew up in Christian backgrounds, or identify with Christianity as their chosen religion, they usually lack a sense of the its scope: its history, its practices, its spiritual traditions, and its ethnic and global diversity.  My hope is to give my students a sense of Christianity as a whole, and toward this end I recommend that they go the pages on Christianity offered by the Harvard Pluralism Project.  I also use a textbook, but in a way the textook tells them too much and is too cumbersome.  I go to the Harvard site for a humbler, more user-friendly, and trustworthy introduction.  Below are some links I find helpful.  If you are unfamiliar with Christianity, or simply want to learn more, I give them a try.
Why Be Christian? One Christian's Response
Timeline: The History of Christianity
Timeline: Christianity in America 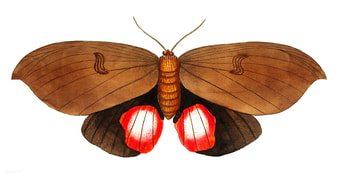 In addition to the materials from the Pluralism Project at Harvard, ​I also share with my students the articles below by the religion journalist for the Vancouver Sun: Douglass Todd: Christianity's Three Camps: A Rough Guide and, if they want to know more about liberal Christianity, Liberal Christianity: A Ten Point Primer.  I wish he'd write a ten point primer for conservative options, and perhaps some day he will.  But these two articles are, for my students, an eye-opener of the best kind.  They help them better understand the diversity within American Christianity.  You might find them helpful, too.  (Jay McDaniel)

U.S. President Barack Obama is one. Liberal party head Justin Trudeau is another, as was his prime minister father, Pierre. The late NDP leader Jack Layton was one. So is singer Bruce Cockburn.
​
Indeed, an estimated 80 million liberal Christians live in the U.S. and Canada.

However — given a media framework packed with conservative Christians at one end and militant atheists at the other — the public rarely hears about these people in the middle.

When North American media look at religion, they home in on people who cite Jesus to condemn homosexuality, abortion and euthanasia, reject female clergy and organize Tea Party protests against taxation. This polarized portrait is amplified when famous atheists attack such views as backward.

Liberal Christianity offers an alternative. But few know about the option, which Columbia University history professor Gary Dorrien, the foremost expert on the subject, calls “a progressive, credible integrative way between orthodox over-belief and secular unbelief.”

Pollster Reg Bibby has found seven of 10 Canadians believe “in the divinity of Jesus Christ.” But most of this large cohort does not regularly attend evangelical or traditional Catholic churches. The liberals among them are frequently obscured in the media by conservative voices, which often (but not always) disagree with them on key theological and social issues.

As author of the three-part book series, The Making of American Liberal Theology (Westminster John Knox Press), Dorrien says this progressive Christian movement has been experiencing a “crisis” in identity. But he’s detected, in the 21st century, it is also undergoing a “hidden renaissance.”

What do liberal Christians tend to believe about Jesus, God, sex, death and other things that matter?

While some Christians think of God as a supernatural “Almighty” being who can do whatever “He” wants, liberal Christians believe God has feminine and masculine qualities; operates as much like a force field as a person and needs creatures to help achieve divine aims. Since the 1960s, it’s been common for liberal Christians to talk about being “co-creators” with God.

The Bible as history and metaphor

“We take the Bible seriously, but not literally.” That’s a phrase heard often among liberal Christians. They follow Bible scholars like Marcus Borg, John Dominic Crossan and David Lull in viewing the Bible as a mix of history, myth, metaphor and poetry. They have long supported independent, critical study of the Bible. They recognize scripture was written by God-inspired humans, limited by time and context. Liberal Christians accept the Bible may include mistakes.

Jesus was not status quo. He turned the established order upside down, de-emphasizing hierarchy. Instead of promoting “family values,” he was single and asked followers to leave behind their families. Progressive Christians note how he befriended outcasts; the poor, women, children and tax collectors. He advocated simple, equal, communal living. He also pressed for social and economic justice, for which he paid the ultimate price, execution. Many liberal Christians believe Jesus embodied the divine power of creative transformation.

Abortion, homosexuality and other not-so-hot-button issues

Unfortunately, “hot-button” sex-related issues always draw the most intense media attention. Journalists generally focus on how conservative Christians go against the secular grain in opposing abortion, homosexuality, prostitution, divorce, sex outside marriage and contraception. Liberal Christians, on the other hand, have different degrees of openness to all these things, as well as to euthanasia.

Liberal Christians don’t go for things like speaking in tongues, known as glossolalia. And they are shy about pleading for God to directly do something for them, as if God were a magician or puppet master. They view prayer as a way to develop rapport with the divine. Open to learning from Eastern spiritual practices, liberal Christians are also rediscovering their own tradition’s overlooked paths to contemplation and the inner life. They’re following Barbara Brown Taylor, John O’Donohue and Jay McDaniel and meditating, going on pilgrimages (like Spain’s El Camino), lighting sacred candles, walking labyrinths, chanting and sharing sacred meals.

Jesus was a great psychologist. He had antennae for hypocrisy, especially among self-satisfied religious leaders. He challenged people who had a sense of moral superiority with admonitions about not “casting stones” and looking at the “log in one’s own eye.” Liberal Christians appreciate Jesus’ insight into the power of psychological projection, which leads judgmental people to fantasize others carry the bad traits they are denying in themselves. Jesus’ wisdom about hypocrisy relates today to self-righteous people, including the non-religious, who are quick to label others as “racist,” “competitive” or “greedy.”

Governments as a force for good

Along with Obama, Trudeau and Layton, B.C. Premier Christy Clark and Ontario Premier Kathleen Wynne would fall into the liberal Christian camp. Their political differences suggest just how diverse liberal Christians can be. But it’s fair to say most liberal Christians, from Martin Luther King to Tony Blair, are not anti-government activists like the Christians who fuel the American Tea Party. Liberal Christians generally believe governments can be a force for good, including for upholding human rights, providing social services and reducing the gap between the rich and the rest.

When bad things happen, atheists sometimes turn to Christians and rhetorically demand: “So where is your God now?” The question hinges on the incorrect assumption that progressive Christians believe God controls everything, like a supernatural dictator. Liberal Christians tend to believe life is a combination of chance and divine purpose. Given they have free will, humans can engage in moral evil, whether they’re Hitler, members of Boko Haram or wanton polluters. In a creativity-filled universe, chance also makes it possible for bad things to happen in nature, like a destructive avalanche. Liberal Christians believe that, out of suffering, God works to bring new order and healing.

Death and the open beyond

This might shock those who assume the main reason Christians becomes Christian, and embrace the Easter account of the resurrection of Jesus, is to be guaranteed a spot in heaven. But belief in heaven, or otherwise, is not a deal-breaker for entry into this camp. Some liberal Christians don’t think it is possible to have individual consciousness after death. That said, many do. And most liberal Christians appreciate how the story of Jesus’ resurrection exemplifies how “death is not the final word.” Even those who don’t believe Jesus physically rose from the grave buy into the metaphor. They accept Jesus’ followers had mystical visions of him after his death and that the love people show on earth lives on eternally after their body dies.
Open Horizons