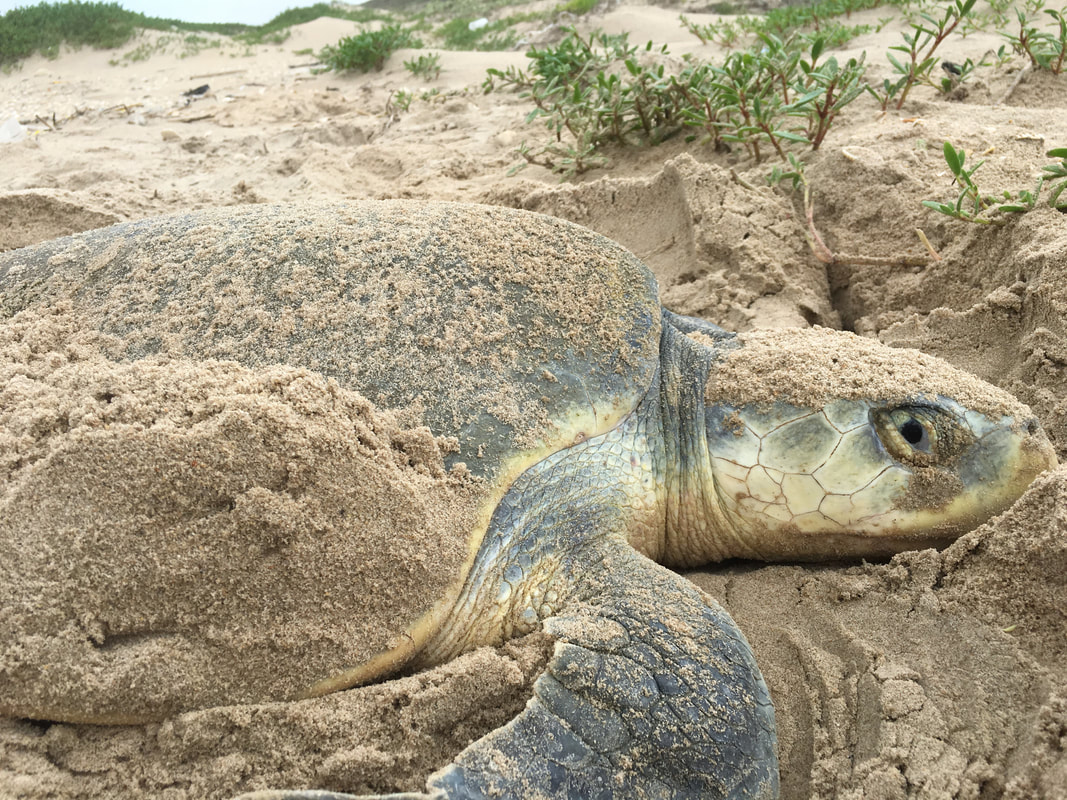 Some reflections on the writings of Mary Oliver
​
by Terry Goddard
​

I found Mary Oliver earlier this summer and wrote a blog using one of her reflections from Upstream.  I have read more of her observations on nature and find them fascinating.  This blog is a summary of sorts of her two of her essays, ”Ponds” and “Sister Turtle, both,” taken from her book of essays Upstream.

Oliver lived on the Maine coast and spent a great amount of time walking the shoreline and back into the dunes.  She talks of the,

[W]atery palaces – the ocean shore, the salt marsh, the black-bellied pond.  And in them and upon them: clams, mussels, fish of all shapes and sizes, snails, turtles, frogs, eels, crabs, lobsters, worms, all crawling and diving and squirming among the cattails, sea rocks, seaweeds, sea pickles, spartina, lamb’s-quarters, sour grass, arrowhead, mallow.  Something eats each of these, each of these eats something else.  This is our world. … All this, as prelude to the turtles.  (50-1)

Yes, turtles.  Oliver is interested in this case about turtles and their mating and egg laying practices.  She describes one such female’s struggle to get her eggs laid.

Where the sand clings thickly the mosquitoes, that hover about her like a gray veil are frustrated.  Not about her eyes, though, for as she blinks the sand falls; so at her tough, old face-skin those winged needles hang until their bodies fill, like tiny vials, with her bright blood.  Each of the turtles is a female, and gravid, and is looking for a place to dig her nest; each of the mosquitoes is a female also who cannot, without one blood meal, lay her own fertile eggs upon the surface of some quiet pond. (51)

Here is her telling of a mother turtle laying her eggs in the nest.

[S]he will dig through the sand until she all but vanishes … Then, when the nesting is done, she thrusts the front part of her body upwards that she is positioned almost vertically, like a big pie pan on edge.  Beneath her, as she heaves upward, the sand falls into the cavity of the nest, upon the heaped, round eggs.  (54)

Oliver returned to the nest later that day.  She dug in the sand searching for the turtle’s nest.  She imagines ‘Sister Turtle’ digging the nest area and “[w]hen she was done, a short, fleshy tube descended from her body and reached to this chamber, where the expelled eggs piled up rapidly on the nest of sand.” Oliver dug into the nest and found twenty-seven eggs, “smaller than Ping-Pong  balls.” (59)  She took thirteen of the eggs and replaced the other fourteen back in the nest.

I was not prepared for the next line in Oliver’s story, and it came as a shock.

I scrambled them.  They were a meal.  Not too wonderful, not too bad.  Rich, substantial.  I could not crack the shells, but had to make a knife slit to enter into each bright chamber.  The yolks were large, the whites of the egg scant; … There was, in the fabric of the eggs scrambled, a sense of fiber, a tactility, as though a sprinkle of cornmeal had been tossed in, and had not quite dissolved.  … The eggs were small enough that thirteen made no greedy portion.  I ate them all, with attention, whimsy, devotion, and respect. (59)

I have looked at pictures of M.O. at different times in her life, and near the end of life she looked like a nice “old” lady.  (I can say this because I look like a nice “old” man.)  However, her writing presents a different persona.  The persona of a turtle-egg-stealing-and-eating person.  (See above.)

Oliver sees nature and life and death with a clear and unwavering eye, somewhat like Loren Eiseley.  As many of you know I have written extensively about Eiseley and his observations of nature.  Eiseley, too, writes about both the beauty and the tragedy of nature.  I often return to his beautiful story in “Judgement of the Birds”.  I repeat it here because of its intense beauty and its painful heartbreak.

Out fossil bone hunting, Eiseley stumbles on to this glade and sits down at its edge and falls asleep.  Upon waking, he sees a large raven with a baby bird glitched in its beak.  With a gulp, the nestling is gone.  The parents arrive and raise a fuss that has no effect on the raven.  Soon other birds begin to join the circle.  Then quiet settles over the glade.  A single bird begins to sing, and slowly one by one the others join in the song.  As Eiseley writes, “They sang because life is sweet and sunlight beautiful.  They sang under the brooding shadow of the raven.  In simple truth they had forgotten the raven, for they were the singers of life, and not of death.”  Eiseley’s combination of the violence of the raven and the sweetness of the circle of birds singing is at once jarring and beautiful leading me to cry.

Oliver on the other hand writes with a certain clear headedness, with a lack of redemption.   In “Judgement of Birds,” there is clear sense of the celebration of life in the face of death.  Not so for Oliver.  No sugar coating of what life brings to all of us – unhatched turtle egg or pickerel choking in the sun or you and me.  Life is life in all its beauty and pain, and death is inevitable and certain.

This morning I read “The Ponds”, also found in Upstream.  In this reflection, Oliver describes life and death in pond existence.  Herons and egrets come and go with the changing of the seasons.  Predators that they are, egrets “hunt with small, silky motions.  Their long necks bend a little to the right, a little to the left, while their eyes stare with a mad concentration into the shallow water”; looking for prey (33-4).

Oliver moves on to another pond – there are many that form between the dunes and the sea.  In some ponds,
[t]here are pickerel … They are full of bones and I do not know anyone who eats them, though fishermen come in the spring and cast for them.  They throw them back, or leave them, dead or alive, on the shores (42-3).

As springtime comes so do the snapping turtles.  Oliver notes that she has seen some snapping turtles with heads as large as those of muskrats, and feet the size of a one-year-old child.  One, a few years ago, emerged gargantuan and wrinkled among the pond lilies and slouched – its gassy breath coming and going softly, its pouchy throat expanding and contracting – across the muddy shallows.  I didn’t see it kill anything.  Sometimes we get just enough, not too much.  Did He who made the lily make you too?  I said to it, looking into its unflickering eyes.  You know it, the old shag-face answered, and slid back into the pond’s black oils (43-4).

Just some of Mary Oliver’s observations of death and life on the ponds.

Today, I happened onto “Sister Turtle” again.  This time I read the opening page more closely or maybe because of the egg eating, page one spoke to me more loudly.  What caught my attention was M.O. writing about “appetite”: her appetite in this case for meat.

Apparently, like me, M.O. did not eat a lot of meat, in fact, she would go long periods without eating any at all.  At other times, however, she would, as she put it, simply crave it.  She notes that the poet Shelley, whom she was devoted to (her word), believed eating nothing but “leaves and fruit” would improve his writing.

Devoted to Shelley or not, M.O. was also devoted to Nature.   She continues, “… to consider Nature without this appetite – this other-creature-consuming appetite – is to look with shut eyes upon the miraculous interchange that makes things work, that causes one thing to nurture another, that creates the future out of the past” (50).  Moreover, M.O. was also burdened with this craving … this desire for meat.  The desire led her to “wish to be beyond all that.”  At times she would become anxious for animals whose future was to end up on our dinner tables.  M.O. also claimed to be anxious about her own aging body as well as her soul.  “You can fool a lot of yourself but you can’t fool the soul.  That worrier” (51).

For those of you familiar with M.O.’s poetry, this last line leads (at least for me) directly to the following:

I worried a lot. Will the garden grow, will the rivers
flow in the right direction, will the earth turn
as it was taught, and if not how shall
I correct it?
Was I right, was I wrong, will I be forgiven,
can I do better?
Will I ever be able to sing, even the sparrows
can do it and I am, well,
hopeless.
Is my eyesight fading or am I just imagining it,
am I going to get rheumatism,
lockjaw, dementia?
Finally I saw that worrying had come to nothing.
And gave it up. And took my old body
and went out into the morning,
and sang.

There is a lot packed into this brief bit of M.O.’s writing.  First, she talks about eating from Nature’s bounty, which has the impact of creating the future out of the past.  This almost sounds like A.N. Whitehead.  Not so much eating from Nature’s bounty of course but “creating the future out of the past” certainly is Whiteheadian; but I’ll save this part for a later time.  No, this time I’ll say a little about worry.

In her poem, M.O. lists many of my own fears - as I get older I think about how much longer I have to enjoy “this sweet old world.”  I get anxious at times about the effects of aging – loss of eye-sighting, loss of balance, loss of appetite for all the good things around us.  I  also worry about national and global issues:  will Trump run again (or God forbid get elected or lead a revolt if he loses again).  What about climate change and global warming?  There is so much one can worry about.  I’m sure you have your list as well -- unless you are in denial.

Anxiety, fear of the unknown or even of the known is a common feature of all conscious creatures.  The cultural anthropologist, Ernest Becker wrote that our anxiety comes from our denial of our future – death.  The mid-twentieth century Christian theologian, Paul Tillich, proposed three causes of anxiety: fear of death, fear of meaninglessness, and fear of guilt (of not fulfilling what one believes to be one’s destiny).

Both, Becker and Tillich offer a cure, a solution for our dilemma.  Becker proposes the idea of having a project that lives on after our death.  This project doesn’t have to be some individual work – a great painting or philosophical work – rather it can be being part of a movement to better society, for example, working with a church group to aid immigrants or supporting an ecological group.
Tillich’s cure for our angst is “absolute faith.”  This faith cannot be placed in just anything but placed in something that we believe is of ultimate concern to us.  Tillich was talking about God, but also for those of us that don’t believe in God, whatever it is that we believe is above all else.

M.O. has a simpler answer and one I find appealing:

Finally I saw that worrying had come to nothing.
And gave it up. And took my old body
and went out into the morning,
and sang.

I hope you do as well.