Standing Up for Justice

A collage of reflections on healthy feelings of guilt, or remorse.
​Remorse is honest and it can catalyze creative transformation.
​It can help us stand up for justice and courage, for wisdom and love.

Standing Up (after having not stood up)
​

See Also "My Mom on Drugs: Hope After Addiction"

*  Objective Guilt:  the negative judgment -- felt by the very Soul of the universe -- in response to a person and a group of people who inflict harm on people, animals, and the earth, through sins of commission and omission, by things said and done, and things unsaid and undone.

*  Repentance: a particular form of creative transformation, particurly focussed on ethics: a turning around -- changing one's ways -- in response to objective guilt, often beginning with subjective guilt (remorse).  An ongoing and daily process. 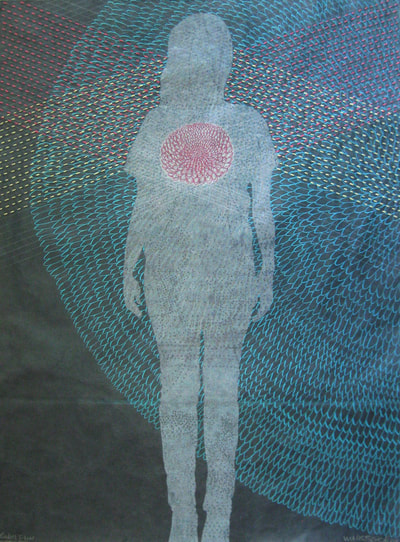 Moving Beyond a Guilt-Free Spirituality

The short video above (Stand Up), made under the auspices of the Center for Digital Storytelling in California, illustrates, for me, the beauty of standing up in courage, after having not stood up in the past. It is about silence, a cat, and saying something.

Sometimes our standing up is the result of a feeling of constructive guilt: that is, the guilt that comes from recognizing we have harmed others and ourselves through sins of commission and omission, by what we have said and done, or left unsaid and undone.

We live in a world where some people believe "guilt" has no place in a healthy spiritual life.  They want guilt-free spirituality.  Often they are reacting to forms of religion which, in their view, made them feel too guilty for all the wrong reasons: often on matters related sex.

Nevertheless, I want to put in a good word for constructive guilt: personal and social.  Not only individuals, but classes of individuals, can and should feel guilty when they do not stand up for justice.  I am among them. Only as we are perturbed by the guilt - indeed stung by it -- can we awaken to the sins of omission and commission that are part of our lives, and move forward, in compassion for each and all.  Humans cannot live by guilt alone; but we cannot really live without it, either.  It is a form of spirituality in its own right.  (JMcD)

I am much better at hoping others will feel guilty than in accepting it myself.  I want to put in a good word for personal. constructive  guilt.  Not the objective fact of guilt, but rather the subjective feeling.  Remorse!
​
Was there ever a time when you didn't stand up for someone being taunted, or ridiculed, or ostracized, or bullied, or otherwise harmed?  A time when you preferred to fit in with the crowd, to be liked by others, than to make waves?

For my part, I can remember many, many times when it seemed better to fit in than to stand up and stand out.  I preferred harmony over justice, security over compassion.  I grew up in a middle-class family and somehow got the feeling that we middle-class people didn't make waves.  We cared about the forgotten and forsaken, the abandoned and confused, but we didn't exactly "make waves" for them. The whole idea of protest was foreign.  We were white.

We were also Christian, which brings an irony into it.  It is often said that Jesus "comforted the afflicted and afflicted the comfortable."  We were much more interested in being comforted than being afflicted.  Given that we were so comfortable, I'm not sure Jesus would have liked us that much. But we didn't think about that.

It gets worse.  If I am honest I can also remember times when I myself was the perpetrator of the sin: the one who sinned against others in thought, word, and deed.  For example, I can remember playing football in high school, and not saying anything when fellow football players ridiculed people who were gay.  I didn't say anything, because I wanted to fit into the football crowd.  I am not proud of my silence, but I remember it.  It was a sin then and it's a sin now.

I know it sounds odd to say that you can sin by your way of thinking, but it seems to me that mean-spirited hatred is a form of sin, even if it doesn't get expressed, and also that indifference and apathy are forms of sin.  Turning away -- seeing no evil and hearing no evil -- is a form of sin.  We might call it self-blinding.

I'm sorry, but it gets even worse.  I am an overly-privileged American.  When I consider the countless ways that I benefit from cultural, political, and economic systems grounded in the so-called "American Way of Life" that result in the harm of others, I realize that I sin in many ways of which I am consciously unaware, but which I often benefit.  Many people sin on my behalf.

The illusion of moral purity is just that, an illusion.  It is the very opposite of what a Buddhist would call enlightenment or awakening, because it is so completely out of touch with the dukkha -- the suffering -- that others undergo at my own expense.  Whitehead would call it the fallacy of misplaced concreteness: that is, the fallacy of taking an abstraction such as "I am a good person with good intentions" and confusing it with the concrete reality of my life.

It seems much better -- indeed much more rational -- to be honest.   And it seems better to recognize that there's an important role for constructive and creative guilt.   Let's call it good guilt.

Constructive Guilt is a Gateway to Compassion

Good guilt is grounded in empathy and respect.  Empathy is a lot like what Buddhists mean by compassion.  It is sharing in the subjective states of others, including the suffering that you may well have inflicted or contributed to, and it is imagining the world from their point of view.  State-sharing and perspective-taking: that's empathy.

And respect is simply an awareness of the dignity -- the intrinsic value -- of each and every life, human and non-human, on its own terms and for its own sake.  This is an important idea in process theology.  It is that every living being with subjective aims, with a desire to find satisfaction, deserves respect and care.  It is complemented by the idea that the mystery at the heart of the universe -- God -- cares for and is enriched by each living being in his or her uniqueness.  The differences make the whole richer: the whole of the earth and the whole of God.

Constructive guilt, then, is an enlightened activity.  It is the sense of remorse that wells up in your psyche when you wake up to the harm you have caused others, by commission or omission.  Inwardly good guilt is the feeling you have when you say "I am sorry."

Constructive guilt becomes destructive guilt when you become attached to it.  Then the emotion become a false god, a holy icon that has turned into an idol.  It becomes an object of obsession.  But good guilt -- when good -- is indeed an icon, a window to the divine.  It involves an awakening to the interconnectedness of things, and it results in repentance.

Repentance a turning around from harmful ways and a turning toward a more courageous and compassionate way of living.  Repentance is the creative outcome of good guilt.  It does not cling to the guilt but is it catalyzed by the guilt.  It's even kind of fun.

Not all guilt is good.  There are forms of guilt or remorse that are destructive and unhealthy.

Unhealthy guilt is guilt about things that don't harm anybody.  Unfortunately, some religious communities make a god of unhealthy guilt.  And even when the religions are not about unhealthy guilt, they can fall into the trap of thinking that guilty feelings -- and guilty feelings alone -- are the only gateway to God.  They reduce religion to morality and ethics,  They forget the many gateways to God other than guilt: suffering and sadness, music and merrymaking, tenderness and awe.  There's no need to make a god of guilt.

But the avoidance of guilt can be addictive, too.  Guilt-avoidance has become drug of choice for many a middle-class addict, because it is so pleasurable, almost intoxicating, to think of oneself as morally pure.

Those of us who are addicted to guilt-avoidance are usually a bit inconsistent.  We avoid it ourselves, but we don't mind imposing a bit of it -- maybe even a lot of it -- on others.  It can be immensely pleasurable to notice the flaws of others while ignoring your own.  But that's a sin, too.  All things considered, we are on safer ground when we focus on our own sins, not those of others.

At least this is how we process theologians see things.  We believe that when we harm others, or fail to act in ways that prevent them from being harmed, we violated something deep within the nature of nature.  We have violated an Eros toward life's flourishing that is divine.  In sinning against others we sin against God.