The need for kind and caring savior,
even if "only" a cartoon​

Is a Cartoon Savior Enough?  A Little Metaphysics

Imagine that you live in a world where people are seeking saviors.  Some turn to Jesus, some to Muhammad, some to the Buddha, some to Donald Trump, and some to Steven Universe.

Admittedly, many consider Jesus and Muhammad and the Buddha and Donald Trump as real people, while they think of Steven Universe as a comic book figure.  However, truth be told, all of the saviors are held in their followers’ imaginations through the lens of mythic tropes.  There is a bit of the comic book hero in all of them.

This fact does not make the heroes less real; it just makes them real in a different way.  As images that people carry iin their minds both consciously and unconsciously, they are what Whitehead calls propositions or lures for feeling.  We might also speak of them as living metaphors.   Here's the point.  Whether or not they are flesh-and-blood figures in real life, comic book heroes have agency as living metaphors, as lures for feeling.

Do these metaphors really exist?  It all depends on what is meant by existence.  In the philosophy of Whitehead propositions are one of what he calls eight categories of existence.’ Here’s a diagram, used in China as well as the United States, naming all eight.
​ 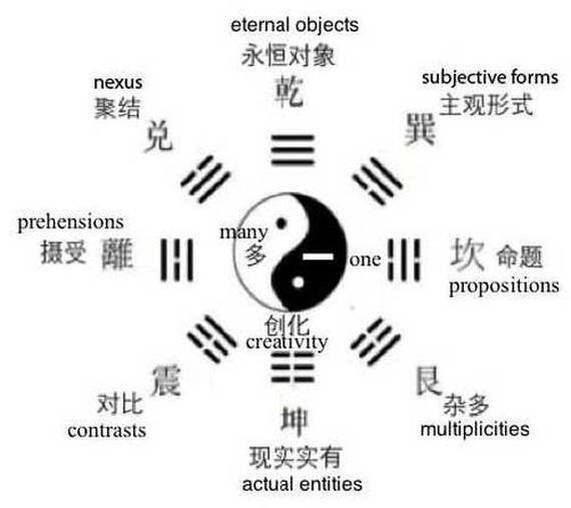 The Compassion operates in the world through persuasion not coercion, love not hatred, empathy not callousness.  Thus the Compassion is not all-powerful in the traditional sense.  The Compassion cannot prevent all sadness and tragedy.  And yet, like Steven Universe, the Compassion can and does adjust, again and again, with possibilities for healing and hope, relative to what is possible.

Consider, then, the living metaphor of Steven Universe.  We do not know how long Steven will live.  He may survive for a season, several decades, or more.  He will survive only inasmuch as he has mythic power in people's imaginations.  But to whatever degree he does have that power, even for a short time, he is a means through which the Great Compassion finds its way into the human heart.  He may or may not have more power than other saviors,  But his power is good.  Yes to Steven Universe.

Is Steven enough to save the day?  Probably not.  I can hear Christians saying "I'll take Jesus" because he was actual.  But I cannot help but wonder if Jesus doesn't need Steven Universe, too.  That is, if he doesn't need not only human beings, but also living metaphors, who communicate and extend his aspirations that human beings live from love not greed, compassion not selfishness, and who accept their humanity, and have some fun, along the way.  Yes, Jesus needs Steven, too.