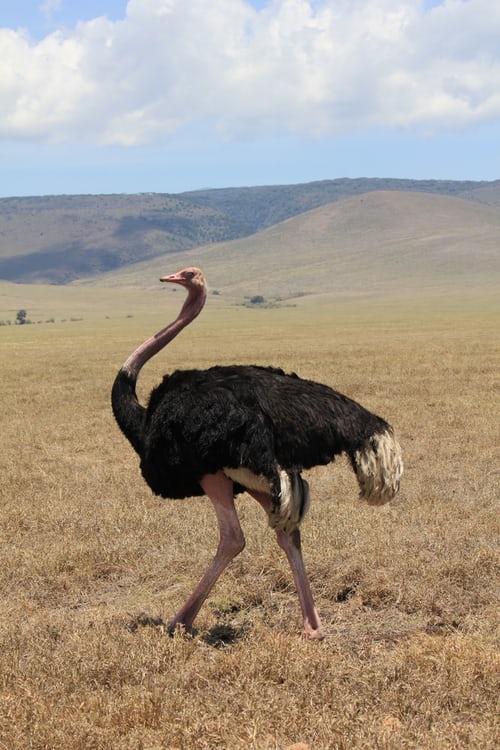 How the Idea of the Sin of Hiding Emerged
​

'In 1960, a thinker by the name of Valerie Saiving wrote an influential article which is often considered the beginning of modern feminist theology, critiquing traditional models of sin which were centered around pride. Since such perspectives considered pride or excessive self-assertion to be the most basic sin,  they understood the process of overcoming sin as necessarily involving a move toward greater selflessness. Love was defined in such approaches as being “completely self-giving, taking no thought for its own interests but seeking only the good of the other.” Saiving raised the objection that these models ignored some basic differences in the self-development of women and men, and arose from an essentially masculine perspective. The crucial point that these formulations overlooked, she argued, is that there is danger in the other direction as well, as it turns out that too much selflessness, far from producing someone in an idealized and virtuous state, leads to the development of a kind of “chameleon-like creature who responds to others but has no personal identity of his [or her] own.”  Saiving saw this as a temptation to which women are particularly vulnerable.

We thus need to turn, suggested Saiving, to what the influential twentieth-century theologian Reinhold Niebuhr referred to as the sin of sloth, or sensuality. Though Niebuhr acknowledged the existence of this potential pitfall,  she noted, he did not devote much attention to it. Some decades after Saiving’s article took the theological world by storm, another theologian named Susan Dunfee proposed that Reinhold’s “sloth” might better be termed the “sin of hiding.” These and other feminist thinkers pointed out that historically, too much theological work had actually served to exacerbate this kind of sin. As Saiving put it, instead of supporting “the woman who desires to be both a woman and an individual in her own right,” traditional theological models framed “such desires as sin or temptation to sin” any valorization of autonomy or selfhood was seen as dangerous.  Theology has had a long history of holding up selflessness as the ultimate good, in other words, without realizing the real  dangers such an orientation poses when taken too far; it has often been oblivious, in fact, to the possibility that selflessness even could be taken too far, or be a destructive force. In over-emphasizing pride and failing to deal with this “sin of hiding,” wrote Dunfee, Christian thought “has perpetuated patterns of bondage and repression rather than breaking them."


​Lynette (no last name given) in Zelophehad's Daughters (A Blog)
The Sins of Pride and Self-Negation (or, How I Learned to Lighten Up a Little About Service)"

​Variants of the Sin of Hiding 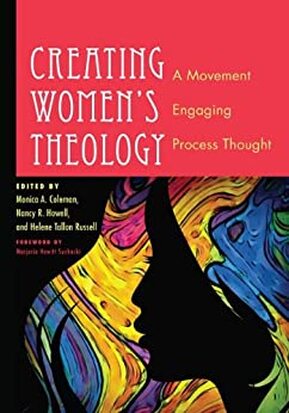 In the Abrahamic religious traditions, sin means missing the mark of responding to God's callings.  In the world of process theology these callings are called 'initial aims.'  They are one way that God is inside each person, all the time, in the form of fresh possibilities for healing and wholeness, for wisdom and compassion, for saying Yes to life.

Some Jews, Christians, and Muslims add that the primary form of sin is pride.  They say that what gets in our way of responding to the call to love is our thinking too highly of ourselves, of having too much ego.  But this is by no means the whole story.  I am reminded of what Susan Nelson writes in Creating Women's Theology.  She introduced me to the idea that 'hiding' from self-assertion can be a sin.  In her words:

Nelson (following the lead of an earlier feminist theologian, Valerie Saiving) reminds readers that, for women trapped in domestic violence and child abuse, the idea that "pride" is the dominant sin is itself sinful in its effects.  For women in this situation, the problem is not having too much ego but rather having too little ego.  The problem of negative self-regard can be especially debilitating for women who feel like nobody's in a world of somebody's.  They hide from their own possibilities of positive self-regard.  They may not be responsible for their hiding.  They may have been socialized into it by oppressive systems and situations: poverty, bigotry, and neglect.  But the divine call within them is a call, among other things, to love themselves. To stand up and say "I am somebody!"  I have a friend in this situation, an alcoholic.  She doesn't think enough of herself to admit that she is worthy of sobriety.  She hides from the possibility of taking control of her life for her sake and for the sake of those who love her.  I think of her when I read Nita Gilger's essay below.  I wish that my friend had more pride.

As Nita makes clear, ostriches do not really stick their heads in the sand.  But people do.  In the spiritual alphabet developed by Mary Ann and Frederic Brussat, T is for transformation.  So often transformation begins by looking up.
​
- Jay McDaniel, May 2020

Two books by Susan Nelson: Beyond Servanthood: Christianity and the Liberation of Women (Rowman and Littlefield, 1989) and Healing the Broken Heart: Sin, Alienation, and the Gift of Grace (Chalice, 1997) and co-edited The Other Side of Sin: Woundedness From the Perspective of the Sinned Against (State University 2001).

​Sticking Our Heads in the Sand

It was entirely too tempting to resist!  There I was in the Cape of South Africa on an ostrich farm.  The gauntlet was thrown down and this bullet-proof, then, 18-year-old Texan was up for the challenge.  Who would like to ride an ostrich the game manager asked in Afrikaans?  I mean.... I was wearing a t-shirt that said “Texas” on it.  What was I supposed to do?   I did it.  Some language confusion and a misguided, misinformed action on my part caused the ostrich to take off running with me astride.  I had the reins held tightly in my fists, but it was doing me no good at all.  Finally, I was rescued by a worker with a long pole with a hook on it who was able to run alongside me and coral us into a smaller area where the hook brought my ostrich's neck and head below its body causing it to lose balance and stop.  This errant jockey was saved and the ostrich was glad to be rid of me.  No one was hurt and I lived to tell the tale.  So did the ostrich.  Can you imagine the talk with his other ostrich friends upon his return to the group?  "Hey. Did you get a load of that Texan?  Some courage huh?"

Are there times in my life that I stick my head in the sand?  Are there ways that I try to hide from God like Adam and Eve?   Artist, writer, and ordained minister, Jan Richardson brings a poignant understanding to this ancient Genesis story.  Once the Garden couple tasted the fruit, they were exposed.  Their eyes were opened and their first impulse was to hide.  They hid their faces and tried to distance themselves from God.  Maybe they were more afraid of the challenge of seeing/knowing and following God than of being ashamed of their disobedience.  It is a provocative thought.

When I search for the Holy and ask for Divine guidance and vision, I know instinctively it is probably not going to be a cake walk.  This kind of walk requires justice, mercy, humility, compassion, forgiveness, and a kind of service and living that can be so challenging.  It is really not for the faint of heart.  To seek God, means I do not run and hide or stick my head in the sand.  Such God encounters are full of paradox.  There is no greater joy in life than to see and serve God, yet it can be difficult.   It is not unlike riding the ostrich.  I was committed.  I could not turn back.  I was very unsure of how things were going to turn out in my wayward gallop. I just had to ride it out and hope for help along the way.  I took memorable risk.  And, that is the wonderful thing about God.  God goes with us, in us, beside us, before us, and after us.  We are never alone.  Remember the wandering couple in the Garden who couldn’t resist the fruit and opted to take a chance?  In their nakedness, it was God who clothed them.

To really live is to see the face of God.  It is so important to avoid the temptation to hide.  In my humanness, it is easy to look away; deny the truth; let someone else do the hard work or hide myself. In embracing the Holy One I know full-well it will not always be a bed of roses.  It will not always be fun.  But for me, it is the most complete, whole, life-changing, loving, beautiful way to live and give.  Amen.
Open Horizons