"God allows himself to be edged out of the world and on to the cross. God is weak and powerless in the world, and that is exactly the way, the only way, in which God can be with us and help us. ... Only a suffering God can help."
Dietrich Bonhoeffer, 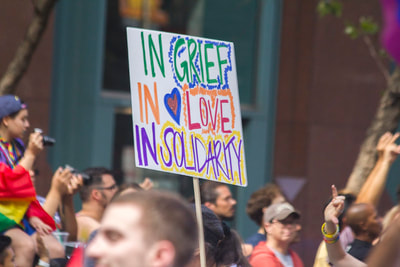 For every high school football player that eventually makes it to the NFL, there are hundreds of thousands who don’t. Only 7.1% of those who play football in high school end up playing the sport in college, and just 1.6% of those who play football in college end up playing in the NFL. Still, some of the most celebrated college players sometimes fail to live up to expectations once they reach the NFL.[1]

After leading his high school team to the state title, Tim Tebow was awarded an athletic scholarship to the University of Florida. He received the Heisman trophy, led the Gators to a National Championship, and put up a 13-1 season record – all in different years. But then came his NFL career. After playing two seasons for the Denver Broncos, Tebow was traded to the NY Jets and then a year later to the New England Patriots, where he was cut before the regular season even started. with the Jets.[2] Tim Tebow has since gone on to have a successful career as a sportscaster, but the truth remains: As an NFL player, Tebow did not live up to expectations.

There is a familiar saying: “Expectations are premeditated resentments.” I think some fans of Tim Tebow experienced resentment when things didn’t go as they had expected. He was mocked for both his faith and his performance. And this was all in the realm of sports. Resentment is all the more intense when the unmet expectations involve our deepest hopes. Such was the case with Jesus and the people of Jerusalem.

The people of Jerusalem have been hearing about Jesus – how he has healed the sick, the sermons he has preached, the followers he has accumulated, and, yes, the claim that he is the Messiah. He even comes riding into Jerusalem on a donkey – something observant Jews would have recognized from the writings of Isaiah and Zechariah as a sign of the Messiah.

The people have high expectations. The crowds cheer, waving and laying down palm branches as Jesus comes into Jerusalem, and praising him with shouts of Hosanna. They expect a Messiah, a real Messiah – one who will unite them, deliver them, beat the Romans at their own game.

Things don’t go as expected, though. In a rage, Jesus overturns the tables of the Temple. He predicts the destruction of the Temple and persecutions to come. He becomes ever more entrenched in a struggle with the chiefs and Pharisees – other Jews. He is betrayed and denied by very own followers. Finally, it seems that he barely even stands up for himself when he is arrested. No wonder the people have turned against him. By the time we reach Pilate’s headquarters, the crowd asks for the release of Barabbas instead of Jesus. They have grown resentful. And why not?

We would all rather align ourselves with someone who is successful, strong, and victorious – not someone who is weak and riddled with failure. The weakness, vulnerability, and suffering of Jesus is too shameful for any Messiah.

The correlation between weakness and shame is as strong today as it was in Jesus’ own time. It’s been said that guilt is an emotion of the privileged – of those who could have chosen another path but didn’t. Shame, though, is the emotion of the weak, the powerless, the suffering, those who have failed.[3]

People from families with a history of violence, addiction, or crime – people who have grown up feeling powerless – sometimes go through years of inner work to remove the shackles of shame. Those who struggle with mental illness often feel embarrassed to tell others because such illness is seen as weakness. Many of us refuse to take sick leave (if we are lucky enough to have it) for fear it sends the message that we are not tough and dependable. And, in our culture, even healthy, aging bodies are themselves a cause for shame. The Passion of Christ, though, upends the connection between powerlessness and shame embedded in our society.

Perhaps that is why we read Isaiah 50 (one of the “servant songs”) on Palm Sunday. The suffering servant offers his back to be struck, his beard to be yanked, and his face to bear the brunt of insults and spittle. Still, he says: “The Lord God helps me; therefore I have not been disgraced; therefore I have set my face like flint, and I know that I shall not be put to shame.” With God at our side, suffering and victimhood – while never good and never a goal in itself  – does not have to end in shame.[4]

What a liberating message to those who find themselves oppressed by the powerful, those who are helpless in the face of illness, those who are victims of prejudice or violence or extreme poverty, those who are tired to the core, those who are marginalized! You may suffer, you may experience weakness, you may even be a victim, but Jesus is here with you. You are loved, you are worthy, and you are not alone.

This Holy Week will not be the most liturgically elaborate of all Holy Weeks, but it may be the most honest Holy Week many of us have ever experienced. We need now more than ever to acknowledge our weakness, our need for one another, and our suffering – all without any sense of shame. We need to embrace the fragility of our bodies and the strength of our spirit. We need to know that we are not alone. Most of all, we need to trust that this most holy of weeks will end as always – with us standing at the empty tomb, searching for the risen Christ in the world around us.