The Day My American Dreams Died


springboards for reflection
on Independence Day, 2022
​

​Feeling just a little gloomy about celebrating independence day, when there's so little love in our disunited States, and so much meanness? Same here. Somewhere in the process of healing, there's a need to be honest about the disillusion.
​ 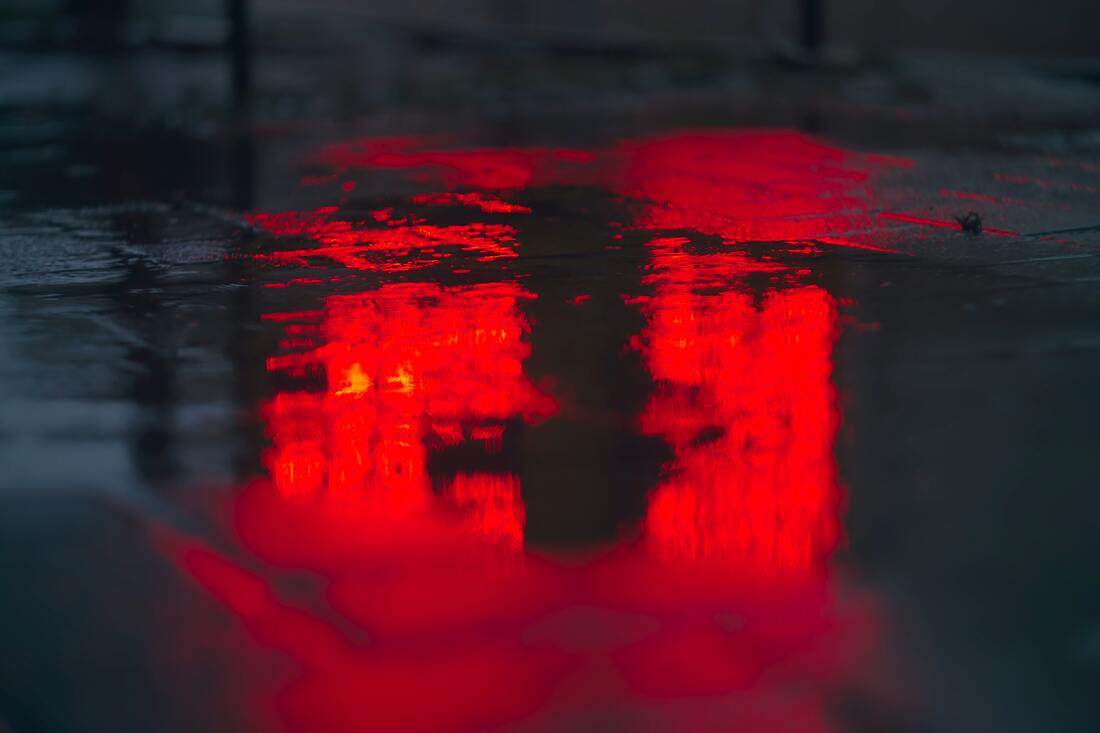 Photo by Pawel Czerwinski on Unsplash

​The Day my American Dreams Died

I have several American dreams.

One of them died when I saw the now-former President of the United States belittle a disabled person. I knew I could never admire him. I assumed that most good-hearted Americans felt the same way. Another dream died gradually, as I realized that forty percent of Americans, including Christians like me, support him. What his own former chief of staff calls his “moral flaws” just don’t seem to matter.
​
I’m not sure which death has been most painful: the dream of a kind and generous president, or the dream of a kind and generous people.

The second death reached a symbolic peak on Saturday, Oct. 24, 2020, when my wife and I were driving from Mayflower, Arkansas, to Conway, Arkansas. We were stopped at a red light as we entered Conway, and a very long caravan of pickup trucks with Trump flags drove by, taking a left at the intersection, passing in front of us.  They were waving flags, honking their horns, and flashing their fingers with the number four, signaling “four more years.”  One sign on one truck read “Jesus is My Savior; Trump is my President,” and underneath it was a huge image of Trump.

Our red light turned green, and I thought they would stop and let us go forward. But a big red truck in the caravan pulled up and blocked the way, so that the caravan could continue. At first, I thought the truck must be part of a police escort, but then I realized that it belonged to a member of the caravan. He felt that he had the right to stop traffic and he was quite sure that everyone whose way was blocked agreed with him. Indeed, some of the people flashed thumbs-up signs. But Kathy and I didn’t. We flashed thumbs-down signs. I think it shocked the caravan folks.  They thought “everybody” is for Trump.

There’s a third death that is happening in America today. It’s the death of Jesus.  For some this may not be a big deal, but for me it is. For so many throughout the world, whether Christian or otherwise, Jesus symbolizes something good and beautiful: kindness and inclusion. Ask an African Christian, where the majority of Christians now live. Jesus is not an American and he is not about America. He is about loving your neighbor and even your enemies. This is what makes him so radical.

The sign that says “Jesus is my Savior, Trump is my President” kills that Jesus. It makes Jesus an American and, for that matter, a Trump supporter. It makes Jesus someone who supports the belittling of disabled people and worshipping an American flag. This is idolatry, of course, but some don’t seem to realize this. It is leading more and more people, including Christians, to say “I want nothing to do with the religion that claims his name.” Yes, for more than a few, Trump has killed Christianity by equating Jesus with flag-waving.

I am not among them. The Jesus in whom I believe has not been killed by hatred. I know that one time he was killed in this way. When the Roman soldiers nailed his body to a cross, they were killing him. Today many Americans are those soldiers, nailing his body to a flag. But he rose from the dead and lives still today as the living presence of love and inclusion, hope and beloved community.

So, for me, the real Jesus – the one who lives as the hope of love – is both a comfort and a challenge. I don’t want Donald Trump to be my president; Trump causes me and others so much pain. But I also don’t want to hate him. I pray for his well-being, albeit with conflicted emotions. A friend of mine, a Methodist pastor, says that he prays for Trump and then asks God for forgiveness for not really meaning it.

And I certainly don’t want to hate my fellow Americans, including those in the caravan and the man driving the big truck. I want him to know that I don’t support his cause; I want a president with dignity and empathy, who unites rather than divides. But I don’t want to hate this man. I’d like to meet him sometime over coffee and talk about things we love: food, music, stories, family, nature. And I recognize that strong passions, including strong hatreds, often stem from wounds and grievances. I’d like to listen to him and hear things from his point of view. I believe in deep listening. This listening, it seems to me, is part of what it means love your enemy. It’s not to agree with him or her, but it is to listen and understand.  After all, isn’t even God a “fellow sufferer who understands.”  Along the way I’d also recommend that he hear the pain caused by Trumpism and, next time, let those of us who have the green light go ahead and pass.
​
After the election there will be more caravans, I’m sure; and also more civic disruption on the side of whoever “lost.”   You will be disrupted either by the right or the left. Yes, yes, I know. “The left does it, too.” If you are trying to walk with Jesus, you will need to find an equanimity of heart that reaches out in love to either or both. You may find yourself in protest rallies, or in the presence of such rallies. Your way may be blocked. My suggestion is that you and I alike follow the green light of love, as best we can, and forgive ourselves, too, when we have to get up and try again.

​Spurred by the Supreme Court,
a Nation Divides Along a Red-Blue Axis

On abortion, climate change, guns and much more,
two Americas - one liberal, one conservative - are
moving in opposite directions.
​

​
​Pressed by Supreme Court decisions diminishing rights that liberals hold dear and expanding those cherished by conservatives, the United States appears to be drifting apart into separate nations, with diametrically opposed social, environmental and health policies.
​
Call these the Disunited States.

The most immediate breaking point is on abortion, as about half the country will soon limit or ban the procedure while the other half expands or reinforces access to reproductive rights. But the ideological fault lines extend far beyond that one topic, to climate change, gun control and L.G.B.T.Q. and voting rights.

On each of those issues, the country’s Northeast and West Coast are moving in the opposite direction from its midsection and Southeast — with a few exceptions, like the islands of liberalism in Illinois and Colorado, and New Hampshire’s streak of conservatism....more

Why we shouldn't forget that
U.S. presidents owned slaves
​

"When you sing that this country was founded on freedom, don’t forget the duet of shackles dragging against the ground my entire life." This how poet Clint Smith begins his letter to past presidents who owned slaves. In honor of Black History Month, Smith offers his Brief But Spectacular take on the history of racial inequality in the U.S.

The American Flag Belongs to Me, Too,
and This Year I’m Taking It Back

I’ve had plenty of reason to doubt the viability of the American experiment. I was born during the Vietnam War in the segregated South. I watched the Watergate hearings on television as a child. I saw my government launch an unprovoked ground invasion into another country and conduct covert drone warfare in another. I wept when it locked babies in cages at the border.
​
But no other time in my life has caused me to doubt American democracy so profoundly as I doubt it now. The Supreme Court has issued opinions tying the hands of liberal state legislators trying to protect their citizens from gun violence while simultaneously handing to conservative state legislators total control over their citizens’ reproductive rights. The final ruling of this session hamstrings the Environmental Protection Agency’s authority to fight climate change....

It should not be so unbearably hard for justice to prevail, and justice finally gained should never again be at risk. But this is the country we live in. The fight for freedom will never be over. And, God help me, I will not be one who gives up. This is my country, too, and I will not surrender it to a vocal minority of undemocratic tyrants.

So this Fourth of July weekend, my husband and I have hung up an American flag again for the first time in years. It’s right next to the front door, and it does not symbolize MAGA lies or MAGA tyranny. We are flying it proudly in honor of our fellow Americans who are fighting for justice of every kind.

But to be very clear about which America we believe in, we have hung a different flag on the other side of the front door, too. When the wind blows the American flag at our house, a rainbow flag will be billowing beside it.

​Washington and
the American Revolution
​