The Evolution of Whales
​
Natural History as Part of God's Life
​ 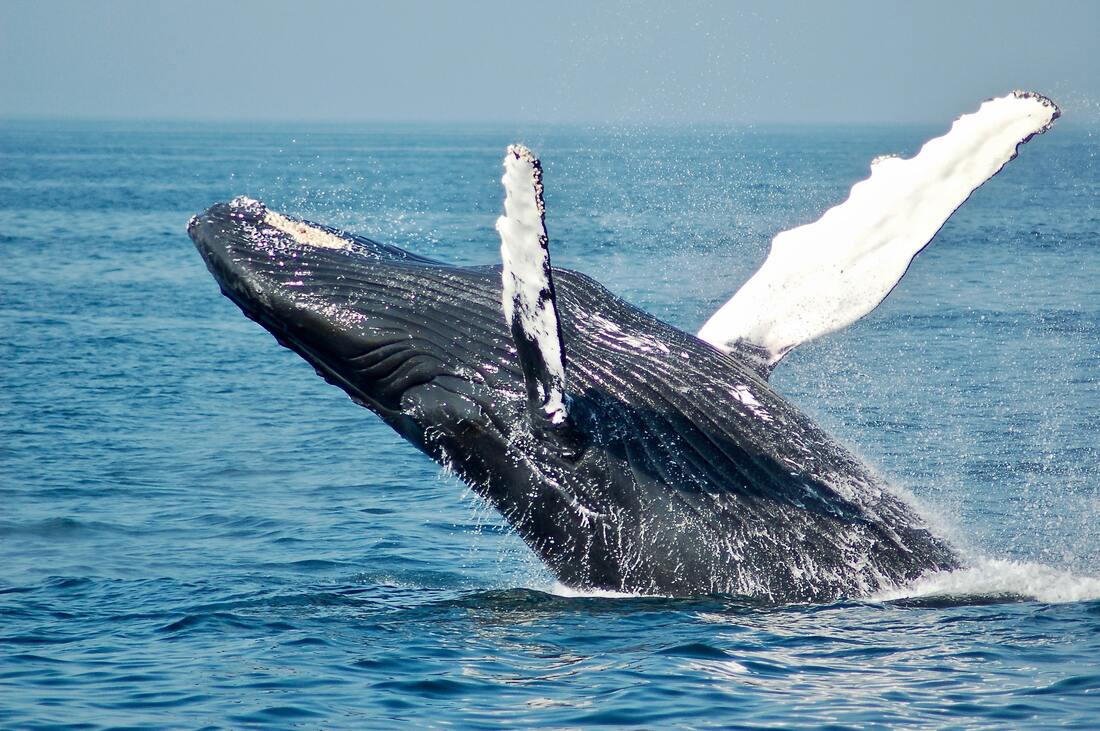 ​"Religion will not be relevant until it recognizes
the history of whales as part of God's life."


overheard at a Marine Biology Conference
​

"Melvyn Bragg and guests Steve Jones, Bill Amos and Eleanor Weston discuss the evolutionary history of the whale. The ancestor of all whales alive today was a small, land-based mammal with cloven hoofs, perhaps like a pig or a big mole. How this creature developed into the celebrated leviathan of the deep is one of the more extraordinary stories in the canon of evolution. The whale has undergone vast changes in size, has moved from land to water, lost its legs and developed specialised features such as filter feeding and echo location. How it achieved this is an exemplar of how evolution works and how natural selection can impose extreme changes on the body shape and abilities of living things. How the story of the whales was pieced together also reveals the various forms of evidence - from fossils to molecules - that we now use to understand the ancestry of life on Earth."

Steve Jones is Professor of Genetics at University College London;

Eleanor Weston is a mammalian palaeontologist at the Natural History Museum, London;
​
Bill Amos is Professor of Evolutionary Genetics at Cambridge University

The History of Whales
as Part of God's Life
​

"The ancestor of all whales alive today was a small, land-based mammal with cloven hoofs, perhaps like a pig or a big mole. How this creature developed into the celebrated leviathan of the deep is one of the more extraordinary stories in the canon of evolution. The whale has undergone vast changes in size, has moved from land to water, lost its legs and developed specialised features such as filter feeding and echo location."

Is the history of the whale part of the history of God? For some people, the whole idea that God has a history is wrongheaded. God is outside time, so they say. God has no history, no life in time.

But open and relational (process) theologians disagree. They see God as the Mind of the universe. There is, for many of them, a timeless side of God. The philosopher Whitehead called it the Primordial Nature of God and believed that it contained timeless potentialities (eternal objects) that were felt by God. And yet, for process theologians, there are also temporal sides of God. For example, there is a side of God that provides "lures" or "fresh possibilities" for life on earth (and other planets) as they evolve. This side of God adjusts to each new situation in a providential way. It is temporal in its adjustments. And there is a side of God which feels the feelings of all entities in the universe as they occur and is affected by what is felt. Whitehead speaks of this as the Consequent Nature of God. This side of God consists of God's feelings on the one hand, and of the multiplicity of the world itself on the other. It is the objective content of God's subjective life: God's manyness.

This does not mean that what happens is willed by God. There is no need to romanticize or idealize the evolutionary process. Some things happen that are tragic. The agents of evolution are the creatures themselves. God is influential but not controlling: a lure toward novel forms of order, and ordered forms of novelty, within the larger process. But God is inevitably and invariably affected by what happens in evolution in all its dimensions, cosmic and planetary. The happenings are part of God's life. Natural history is part of divine history.

Different religions can appropriate this idea in different ways. For example, a Christian might speak of natural history as part of church history. Here "church" will not refer to gatherings of human beings who seek to follow Jesus, but rather to the universe itself as a gathering that unfolds within the depths of divine life. This gathering includes stars and galaxies, microbes and bacteria, people and penguins and, yes, whales. Their histories, too, are church history.

Of course this way of speaking will irritate some people. It will irritate those who want to draw sharp lines between humans and other animals, or who want to limit the word "church" to human beings and, for that matter, Christians. It will also irritate people who think that given words - the word "church," for example - should have clearly defined meanings. But one of the deepest needs in our time is not that words have clearly defined meanings, but that they be used poetically to evoke needed sensibilities.

One needed sensibility is eco-curiosity: that is, curiosity about the more than human world and its ancestry. Generally speaking, science does a much better job at fostering eco-curiosity than does religion. Too often, religious people would rather talk about God than whales. It can help if they - we - come to see learning about whales as a form of theology in its own right, enriched by science. Eco-curiosity itself is one of the most important aspects of the kind of world we need today and tomorrow: an Ecological Civilization in which people live with respect and care for the community of life. Curiosity is itself part of respect. If we recognize whales as part of divine history, we realize that learning about whales is itself, in its way, learning about God, even if God is never mentioned.