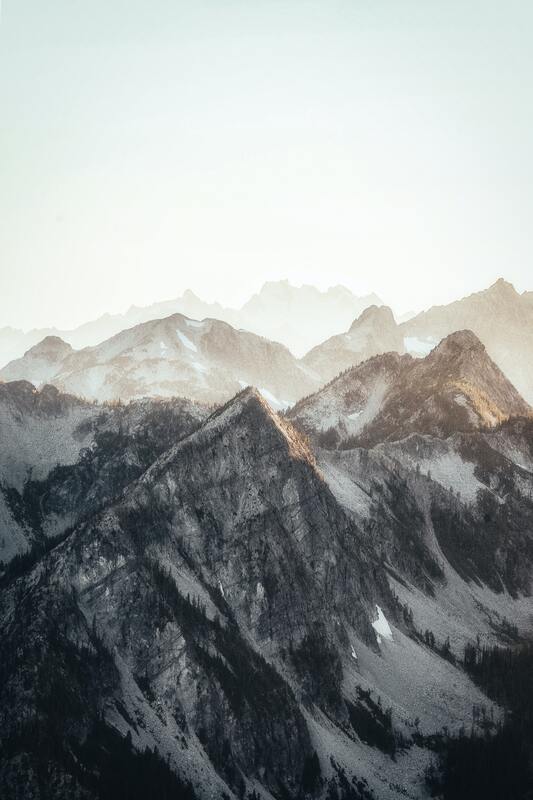 Photo by eberhard grossgasteiger on Unsplash

This extensive continuum is one relational complex in which all potential objectifications find their niche. It underlies the whole world, past, present, and future. Considered in its full generality, apart from the additional conditions proper only to the cosmic epoch of electrons, protons, molecules, and star-systems, the properties of this continuum are very few and do not include the relationships of metrical geometry... the whole process of the world. It is not a fact prior to the world; it is the first determination of order— that is, of real potentiality— arising out of the general character of the world. In its full generality beyond the present epoch, it does not involve shapes, dimensions, or measurability; these are additional determinations of real potentiality arising from our cosmic epoch.

Whitehead's idea of an extensive continuum is akin to what physicists mean by 'space-time.'  Whitehead emphasizes, however, that the space-time continuum does not have existence independent of actual entities.  This continuum is not an already-existing container in which actual entities are placed.  It is not Newtonian.  Instead it is a real potentiality for relations among actualities, populated by what he calls regions of experience.

These regions are standpoints from which concrescing subjects * experience and respond to their worlds.  The various regions of the continuum are atomized in and by their relations to one another.  The 'relations' are acts of feeling, of prehension.  As concrescing subjects or actualities feel other actualities from the vantage point of their respective regions in the extensive continuum, the extensive continuum becomes, as it were, concrete.  Space-time, broadly understood, comes with the universe, not before it.

Might there be some regions that are not in the four dimensions we know?  Yes, says John Cobb.  In his words: "Perhaps dimensionality as such is contingent."   That is, not necessary to actuality.  For Whitehead, actualities (concrescing subjects) may be extensively related through prehensions, even as not dimensionally related.

Indeed, as is the case with God and the actualities of the universe, their regions may overlap. This is part of what people mean when they say that God is omnipresent.  Insofar as God is everywhere at once, God may well experience the universe from each region, thus sharing in the regional experience of the actuality at issue.  God does not simply experience an entity's world from afar, but also from within.  As you experience the world from your own position in space-time, God is experiencing the world, too.

Whitehead was especially interested in the mathematics of extensive relations within the continuum; I want to speak about the existential relevance of the continuum to human life.

One characteristic of 'modernity' is its reduction of the universe to one world: namely that of three-dimensional space (length, breadth, and height) to which 'time' can be added.  It speaks of the world of sticks and stones and bodies as 'facts' and other worlds as 'fiction.'

Inspired by Whitehead's idea of an extensive continuum, process philosophy joins many of the world's wisdom traditions in affirming, by contrast, that we may well live in a universe of many worlds, some visible and many invisible, albeit experienced through imagination, dreams, intuition, and, perhaps, shamanic journeys.  Process theology adds that all of these worlds would be places where the healing and whole-making unity of the universe, God, is present as a lure toward creative transformation and healing, and as a companion to whatever kinds of existents are found in those worlds.

From Whitehead's perspective, any and every possible world, if actual, would consist of actual entities (momentary occasions of experience) that, in their internal becoming, are concrescing. The possible worlds may be real but not actual.  Or, on the other hand, they may be actual as well as possible/  If actual they need not be three-dimensional. They may be, for example, eleven-dimensions, with none of the dimensions resembling what we call three-dimensional space In their actuality, however, there would be 'time' in the sense of a transition from moment to moment. So 'time' is, in a way, more ultimate than what we typically call space.  Thus understood, 'time' does not really apply to concrescence; it is a non-temporal process of becoming, happening all at once.  On the other hand, time does apply to the many worlds.  The upshot is that we live in universe that may well have multiple dimensions, some visible to the eye and some not, some nearby and some faraway, some measurable and some not, all of which are connected, occupying their standpoints in the extensive continuum, and all of which consist of actualities that are, in their internal constitutions, 'concrescing.'