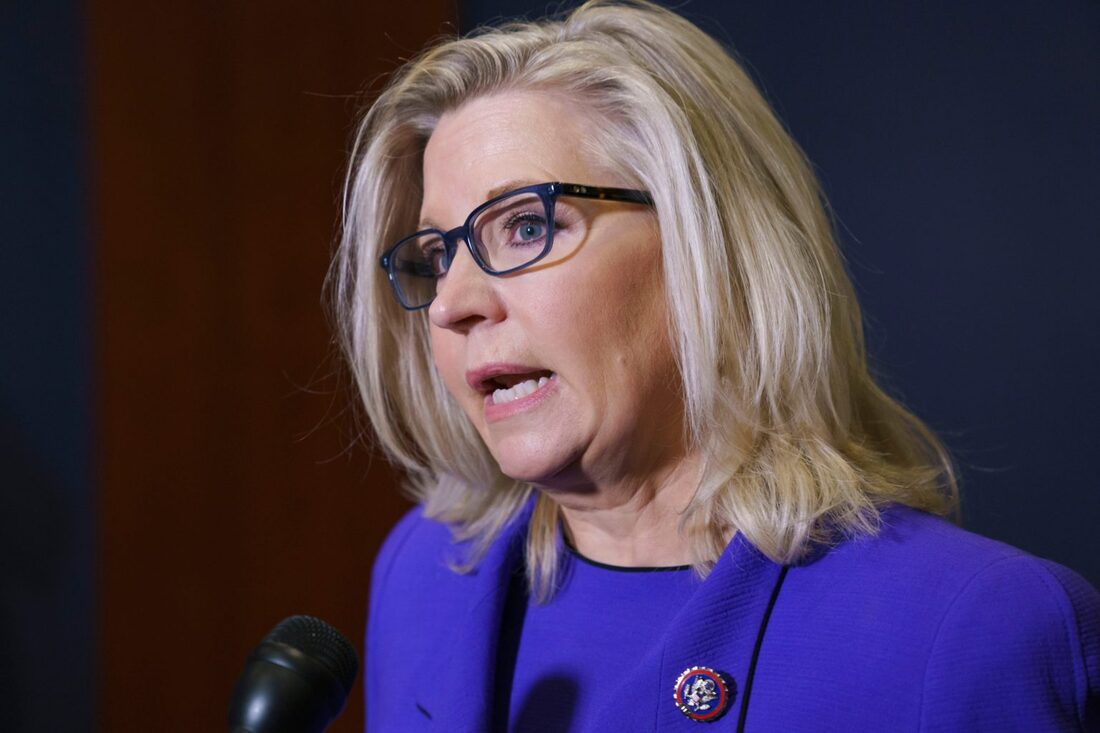 ​
​The Massacre of Truth
Christian Nihilists versus ​​Liz Cheney
​

Christians who hide from truths - such as the truth that the former president of the US lost the election - are massacring truth.  They are creating a culture in which factual truth is reduced to a matter of opinion, and in which lies can be promulgated as truths.  They are Christian nihilists.

In her prayer before being ousted as a leader of the Republican party, Liz Cheney offered an alternative to such nihilism:

Dear God, Fill us with a love of freedom and a reverence for all your gifts. Help us to understand the gravity of this moment. Help us to remember that democratic systems can fray and suddenly unravel. When they do, they are gone forever.  Help us to speak the truth and remember the words of John 8:32 – Ye shall know the truth and the truth shall set you free.  May our world see the power of faith. May our nation know the strength of selfless service. And may our enemies continue to taste the inescapable force of freedom.
In Jesus’s name we pray, Amen.

Her prayer may have been heard by God, but it fell on deaf ears among many in the Republican base: namely the Christian nihilists.

Most Christian nihilists don’t know they are nihilists.  They think of themselves as, well, Christian.   Nevertheless, many are killing not only truth, but also Christianity, with their misidentification of Christianity with gun rights, hyper-individualism, flag-waving, an equation of “success” with wealth, a willingness to demonize 'the other side,' and an obsession with unregulated free-market capitalism.  For them Christianity is almost inseparable from a distorted and deeply materialistic version of an American dream: the dream of making as much money as you can, enjoying whatever privileges are possible, paying low taxes, condemning government intervention, and opposing abortion (except when a member of your family might need one).  In their version of the American dream, personal desires are the central organizing principle of life, albeit cloaked with the language of Christian faith.

It goes without saying that for many Christians, including many Christian conservatives, there is something wrong in this vision of Christianity.  They know that a more truly  Christian dream is that of a beloved community where people live with respect and care for one another, where nobody has too much wealth, and where love is the reigning ideal.  Jesus called it the kingdom of God: that state of affairs in which the will of a loving God is done on earth as it is in heaven.  At the heart of this alternative vision is a hope for small local communities that are creative, compassionate, participatory, humane to animals, good for the earth, and spiritually satisfying, with no one left behind.

These conservatives do not divide American life into red and blue. Their politics is, or doesn't want to be, partisan.  If they run for office, they do not articulate their aims in terms of victory over the other side (Democrats) but in terms of the well-being of life for all. Theirs is a compassionate conservatism that is willing, indeed eager, to sit down at table with each and all and engage in that most creative of conservative practices: listening.  Theirs is a compassionate, creative conservatism.

Most people do not think of me as a conservative, and I may well not be one.  But I seek common ground with the kinds of conservatives just described.  I want to sit down at the table with them and work toward solutions to today's problems.  I want to learn from them and to change my own mind as I hear truth coming from them.   I don't know if Liz Cheney is the kind of conservative I just described.  But I do know that I like her prayer and am grateful to her for standing up against the Christian nihilists.

Dear God, help us be honest to inconvenient truths, even when we must relinquish power in order to honor them.  Let us be inwardly transformed by what we hear so that we can grow in love, not only for truth, but for one another.  In Jesus' name.  Amen.