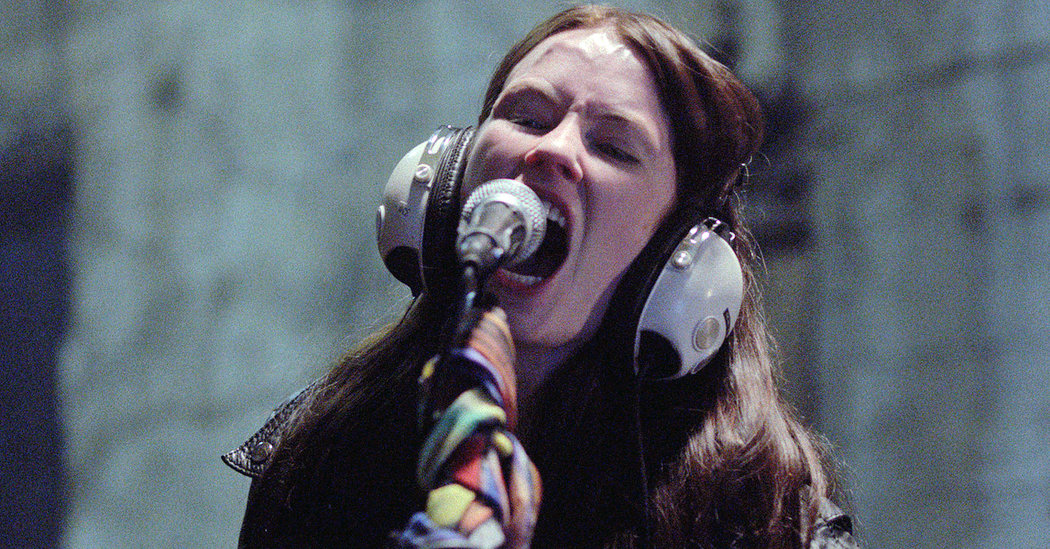 ​
The Metallic Side of God

Open and Relational Theology meets Heavy Metal Music
​
"​the aural representation of  a spiritual need to transgress traditional boundaries,
not just of music, but of general social expectation. Deeply rooted in a desire to search for
the liminal space where the divine can still be found outside of where authority says it is,

Metal Music the Hunger for Transgressive Spiritual Spaces
In the house of heavy metal there are many rooms: Black Metal, Christian metal, Crust Metal, Death Metal, Doom Metal, Folk Metal, Glam Metal, Grindcore, Grunge Metal, Industrial Metal, Kawali Metal, Latin Metal, Thrash Metal, and more.  If you are a newcomer and would like an introduction, here are some classics you might want to begin with, offered by seminarian Sam Coker. And if you wonder why in the world anyone would like metal in the first place, read his essay: Metal Music: A Hunger for Transgressive Spiritual Spaces.

​Metalheads listen to metal for different reasons.  It’s cathartic; it's rebellious; it takes you into the transgressive spiritual spaces; and, so we learn in the film Metalhead, it can be redemptive.

Sometimes, after a tragedy, the only way we can find our way into something loving and forgiving is to immerse ourselves a darker side of life.  As the priest puts it in the film  "God can also be found in the dark. Jesus wasn't afraid of sitting with the outcasts. He was an outsider himself. That's the reason they nailed him to the cross. Most people just couldn't handle what he was saying. 'Take people as they are.'"

The Metallic Side of the Loving God

Those of us shaped by open and relational theology imagine God as open to the entire world of experience.  Process theologians conceive of this openness in affective terms; they say that the very unity of the universe, God, is a fellow sufferer who understands and who "feels the feelings" of all living beings with "tender care that nothing be lost."

This has implications for the 12 year old Hera, featured in the film, who turns to heavy metal music.  If, like Hera, we sit in darkness, God sits with us in our darkness in an understanding way, and God is present within us as an inwardly felt lure toward whatever creative transformation is possible for us.  The priest in the film senses this.  He, too, likes metal music.

The metallic side of God is two things: it is the love of God as God shares in the dark experiences and it is also the darkness itself as, in Sam Coker's words, as it reveals a space that transcends conventional and often oppressive norms. Coker puts it this way:

It seems I am a seeker of transgression on some level, if I listen to so much of it. I don’t think of myself as someone who’s angry or misanthropic; on the contrary, I’d say I’m a generally positive person. But Partridge talking about heavy, intense music as inherently transgressive has helped me to frame the attraction I feel to metal as something that speaks to me. To put it in more theological terms, metal is the aural representation of my spiritual need to transgress traditional boundaries, not just of music, but of general social expectation. Deeply rooted in me is a desire to search for the liminal space where the divine can still be found outside of where authority says it should be.

Christians see the metallic side of God in the image of Jesus sitting with outsiders.  Jesus is not above the world; Jesus is in the world, in the thickness of experience, happy and sad,  Jesus, too, understands a black sabbath. The film Metalhead shows how this kind of sabbath can grow into something like love and forgiveness, with help from metal music, itself a sacrament for that sabbath.

A deeply spiritual film about grief, forgiveness,
and personal transformation: one of the
most spiritually literate films of 2015.

reposted from Spirituality and Practice
​

​Karl (Ingvar Egggert Sigurosson) and Droplaug (Halldora Geirharosdottir) live on a small dairy farm in Iceland. When their teenage son Baldur is critically injured in a tractor accident, their 12-year-old daughter Hera is the first to see his mangled body. On the way to the hospital, Droplaug is deeply traumatized as she clutches Baldur's dead body to her chest. Karl does not know how to deal with his emotions and secretly blames himself for not taking better care of the old tractor.

Twelve years later, the family still has not come to terms with the trauma of Baldur's death; their grief is palpable. Droplaug has kept his room just as it was and is troubled by nightmares and the need to wash his blood off her hands. She and Karl are not getting along with each other and haven't shared their feelings of loss, anger, and despair.

Hera (Thora Bjorg Helga), who was extremely close to her older brother, has taken up his obsession with heavy metal rock music. She has learned how to play his electric guitar and yearns to escape from the confines of the dreary farm. But each time she packs her things and goes to take the bus to the city, she loses her courage and returns home.

Hera is viewed as the enfant terrible in the small village, and her parents grow increasingly embarrassed by her bizarre behavior. She wears a black leather jacket, drinks too much liquor, and occasionally races a neighbor's tractor down the highway at night. Often she wakes up in a drunken stupor and lays around all day looking at magazines about metal culture.

What she does care about, passionately, is her music, which she plays as loud as she can, irritating her parents and unnerving the cows when she plays in the barn. She is writing her own songs, for which she screams the lyrics. At one point she drives a herd of sheep away with her blaring music; another time she plays a tape of heavy metal music through the sound system of the slaughterhouse where she works, creating pandemonium in the place. She creates more chaos when she dances wildly during a night out at the grange hall.

Her only friend is a heavy set and socially awkward young man she known since childhood. He's lonely too, and she responds by having sex with him. Surprising her parents one day, she joins them by going to church. But when the new priest asks her to put out her cigarette, she leaves.

The priest, however, does not give up on her, especially after learning of the family's trauma and continued grief. He visits and tells Hera that he has always been a big fan of heavy metal rock music. He shows her a tattoo on his shoulder. It turns out they love the same bands and songs. Feeling she has found a kindred spirit, Hera goes to his place, but after she kisses him, he turns her out. Once again in a dark and lonely place, she sets the church on fire.

Metalhead is a deeply spiritual film with its intense portrait of the pain of grief, the loneliness of choosing a path of rebel and outsider, and the long hard road to creativity as a disciplined musician. After drenching us with scene after scene of the suffering that comes with the sudden and inexplicable death of a child, writer and director Ragnar Bragason brings on a series of events that are signs of God's grace given to Hera and her parents. We won't tell you what they are in order that you may savor their cumulative impact on your heart, mind, body, and soul.

This is the kind of character-driven and dramatically authentic indie film that shakes us up with wonder and awe, two spiritual qualities we all yearn for that have the capacity to lift us out of even the darkest moods.

When Janus, the new priest, comes to counsel Hera about her grief, she tells him from the start that he will never understand her. She also makes it clear that he probably is incapable of appreciating heavy metal music: "You don't understand. The Church has always belittled these bands. You say they all worship Satan and such. But if you'd listen to the lyrics, they're about reality. Death is real. War is real. It tells things like they really are without any sugar-coating. You could never understand."

Janus responds, "God can also be found in the dark. Jesus wasn't afraid of sitting with the outcasts. He was an outsider himself. That's the reason they nailed him to the cross. Most people just couldn't handle what he was saying. 'Take people as they are.' "

Metalhead not only blasts a hole in our conventional attitudes toward heavy metal rockers, it gives us a brief but rounded encounter with a priest who is familiar with popular culture and open to its cathartic value for many youth. Equally startling is the response of the members of the church to Hera and her music after the fire.
​
Ragnar Bragason proves to be a master of the spiritual practice of openness. "All real living is meeting," scholar Martin Buber said. This is the heart of our humanity — being here, open, and empathetic to others. There is so much that is lost and when we close off to those we do not understand or accept. Let Metalhead open your heart.