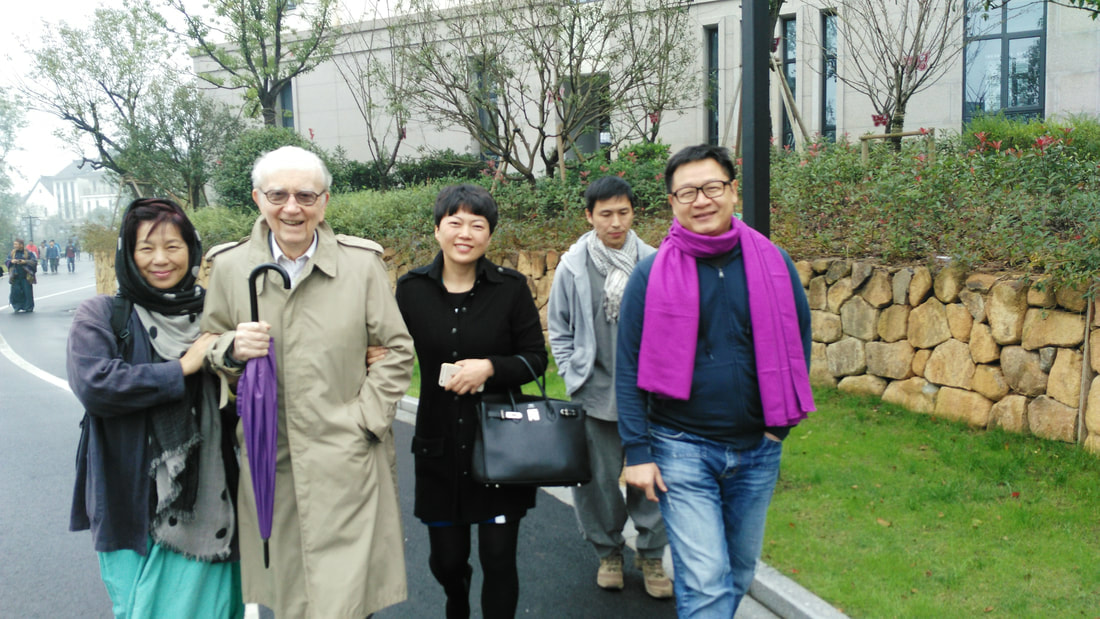 The Becoming of Process Theology

In order to understand process theology today, you need to think globally and beyond John Cobb. He is extremely influential and always will be, but his many ideas and interests have lives of their own,

Put simply, process theology is in process. There was once a time when, when people spoke of process theology, they really meant Christian process theology. That time has now passed. It is now a multi-faith movement with Jewish, Muslim, Hindu, Buddhist, Daoist, and “secular” proponents. One of the two most influential process theologians in the world – Rabbi Bradley Artson – is Jewish. The other is John Cobb.

Amid all this process theology is beginning to appeal to a new generation, many of whom are more interested in practice than in metaphysics. Process theology is becoming less exclusively "theological" in a formal, rigid academic sense and more "theopoetic" in the spirit advanced by ARC: A Creative Collaborative for Theopoetics: This new theopoetic spirit can include more formal theology, but it also finds its home in the living of life: in the kitchen, the meditation hall, the rock concert, the community clinic, the hospital, the dance hall, the local pub, the community garden, the workplace, and the senior citizen's center. Life itself is the text of the new process theology.
​
Process​ Theopoetics

Process theopoetics has ten characteristics.
Yes, But What Are It's Basic Ideas?

I realize that from what I've said above some readers might well wonder: But what are its ideas?  Of course this is very important.  In another page on this site I have identified what I take to be the Twenty Key Ideas of Process Thinking: creativity, interconnectness, intrinsic value, process, faith, withness of the body, and others.  I will repeat them here:
Process theologians typically take these ideas, or some conbination of them, and add to them in their own ways, drawing rom other substances.  See, for example, the Islamic Process Theology of Farhan Shah.  Or Monica Cole's African American Process Theology in her book Making a Way out of No Way: A Womanist Theology.  Or Thomas Oord's evangelical, biblical process theology in God Can't: How to Believe in God after Tragedy, Abuse, and other Evils.  Or Rabbi Bradley Artson's God of Becoming and Relationship: The Dynamic Nature of Process Theology.   It should be added that some writers are non-theistic and non-religiiously affiliated as well.  Consider the essay by two college students: Tristan Norman's I am a Process Millenial and Sophie Thomasson's Vive La Process Revolution: A Call from Generation Z. Yes, process theology is in process.

* borrowed from Spirituality and Practice.  This "spiritual alphabet" is developed by Frederic and Mary Ann Brussat.

When I was an undergraduate in college and then later a graduate student, I leaned about the important of primary texts.  I remember a course on the philosophy and theology of Augustine of Hippo that I took under an Augustine scholar.  She explained that in philosophy and theology Augustine’s Confessions is considered a primary text, and that commentaries on the confessions are considered secondary texts.  She wanted to make sure we read the primary text.

The secondary texts, she added, can enrich our understanding of the Confessions and also add food for additional thought, beyond what Augustine imagined.  Many possible meanings of the Confessions can be discerned through commentaries, and these meanings may well transcend anything Augustine ever intended.  The “fallacy of authorial intention,” she explained, is the fallacy of thinking that the meanings of a text are limited and defined by the intentions of the author.

Still she made clear that the primary text can also stand on its own, as an independent source of reflection and discussion, apart from commentaries.  It has its own voices and perspectives, and sometimes, perhaps oftentimes, it is valuable to leave aside all commentaries and simply immerse yourself in the primary text.

I remember her wise advice as I turn to theopoetics.

Theopoetics does not replace theology with its focus on the “big book” or the “written text” as a primary text.  But it simultaneously invites and encourages a stretching of the idea of what counts as a primary text.  Along the way it also rejects the idea that a “text” is necessarily something distant and external from a “reader,” such that the basic function of a text is to be analyzed from a distance in a critical way.  To understand a text in this distanced way is to build upon a certain relationship that readers can have with written texts.  My instructor in the class on Augustine wanted me to have this relationship with his Confessions, and I hope I succeeded.

Moreoever, the very word "text" may not be helpful, insofar as it so often points to something that is supposed to supply information.  The "texts" of theopoetics -- other people, for example, and their life situations -- are not simply resources for understanding something about life; they are subjects of their own lives with value of their own.  They are not "texts" in the information-giving sense.  Thus a shift is required in the mind of one who has studied theology but then turns to theopoetics.  She must shift from thinking about theology itself as primarily communicated through texts (although certainly they can be) to theology as primarily concerned with life.
Open Horizons