​The Future is Open
​
Wisdom from Judaism

This essay was also published as
​"The Omer: Teach us to Number our Days"
in the Times of Israel (May 2, 2016)
​
​
Rabbi Bradley Shavit Artson

From Passover to Shavuot

Just as the season of repentance launched by Rosh HaShanah (the New Year) is not fully complete until the end of the Festival of Sukkot (Tabernacles), so the season of liberation is only launched with Passover and the Exodus. It culminates 7 weeks later with the Biblical festival of Shavuot, the Festival of Weeks, which celebrates the Torah-generating encounter between the Children of Israel and the Holy One of Israel at Mount Sinai.

To remind ourselves that freedom is not a single entity, external and objective, but is rather an ongoing process that flows from continuing commitment and repeated reaffirmation, the Torah bids us to count each and every day from Passover to Shavuot. In antiquity, the way Israelites enacted this process of liberation involved bringing a new sheaf of the barley harvest to the Temple precincts, and counting out loud each day of the new sheaf, or "Omer."

To further emphasize the fluid nature of our experience of time, we were instructed not merely to count the number of days, but also the number of weeks (so, for example, "today is the 15th day of the Omer, which is two weeks and one day.") To this very day, observant Jews the world over continue to count these days and weeks, even without a barley harvest, even without a Temple to receive the harvest.

Why do we do this? What wisdom can we discern in the Counting of the Omer beyond mere obedience to a biblical mandate?
​

Changing Our Perspective in Order to Thrive

Shifting our sense of freedom from an objective state to a dynamic process, from a single achievement to a persistent and repeated agenda, has everything to do with our sense of the passage of time and the choice to see creation and our lives in terms of living relationships, mutual vulnerability, an active role for everything in existence,and an open future.

It has everything to do with our understanding of time.

Is the future one we choose, one we create by our own decisions and those of others around us, or is the future simply the cumulative total of all prior causes, one that we must passively endure? Is the future open, or is it determined?

There is a lot at stake in how we think of the days of our lives. A dull resignation chokes the possibilities of our dissatisfactions and our dreams if our future has already been determined, a withering passivity that flattens our aspirations and our efforts in its despair of real agency and self-determination. On the other hand, to continue to hold to a vision of the future as genuinely open, wafting multiple possibilities toward our present, in which we retain the power to choose and shape which future becomes actual -- that vision inspires activism, engagement, and constructive dissatisfaction.

Both views of our moving through time come with philosophical and scientific controversy.

These two disparate views present conflicting visions of what time actually is. One view, found in Ancient Greek thought and in Newtonian physics, sees time as objective and real, regardless of whether or not there are any events to be measured. The Greeks had a sense of Chronos, a flow of time that transcends any actual series of events. Similarly, Sir Isaac Newton proposed a vision of the cosmos in which time was real, objective, and absolute. In his genius, he launched an effective and impactful physics on the edifice of the universe as a lawful machine, time being one of its eternal constraints.

Think, in that first view, of fish swimming in water. The water is real and additional to the act of swimming, but swimming can only happen if there is such a thing as water.

A second view, rooted in the Hebrew Bible, understands that there is no such "thing" as time. Time is merely the chronological measurement of duration between events. Biblical Hebrew speaks of ittim, occasions, of Keitz ha-Yamim , end of days, recognizing that a series of events, one after the other, needs a way of measuring its intervals, but need not flow in some additional, objective flux.

For the second approach, think of an artist's creating: we speak of creativity, but even though it is a noun, "creativity" is not an objective thing. It is merely the name we give to a collection of activities and a way of relating to the world. Lots of creative acts cluster in the term "creativity," but there is no creativity above and beyond the way artists think and act. Creativity is not like water. Neither is time.
​

An Open Future of Possibility...That We Shape

So what if time is not an objective thing like water? Sweeping away this ghost of a platonic ideal, we can stand tall in a world in which only actual events are real. The generalizations we perceive them sharing in common are useful as descriptive terms (like "creativity" or "time"), but they are organizing concepts, one step removed from reality.

Freedom, like time, isn't a real thing either. It is the label we use to speak of the advance of human dignity, of protecting the power to make decisions about our own lives, loves, and future. Understanding freedom as the name we give to kinds of relationships that enhance human thriving and creaturely vitality encourages us to step up in our own lives, to make the kinds of choices in which thriving is possible. This recognition means we're are not destined to be enslaved, need not assent to our own degradation or to the suffering of others. It inspires us to engage in the work of social justice, because our own and our neighbors wellbeing depends on it. Because we are not destined to suffer. Because we choose to advance our own liberation.

We don't recall the liberation from Pharaoh's slavery just to enter into a new servitude. The One who whispers possibilities of freedom,inspiring slaves to dream of better possibilities, is not simply a bigger, more totalizing taskmaster. Instead, by counting our steps toward Sinai, toward the gift of Torah, we affirm that every step of the journey counts, that each advance is real, and that our choices to engage and to progress are crucial decisions in which all creation joins as partners in our own self determination.

To think otherwise would be to shackle ourselves again to Pharaoh, making of the Exodus a sham and a waste.
​
We dare not turn back. 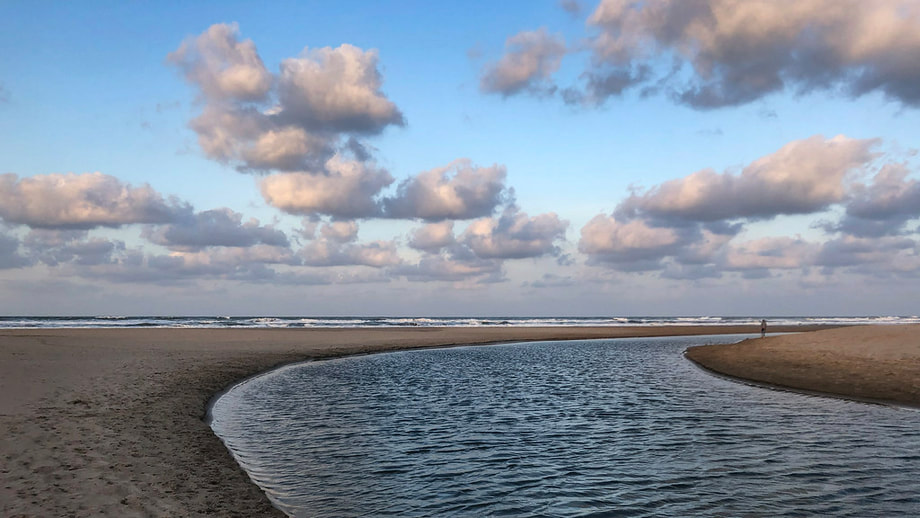