The One Thus Gone

Contemporary Music Based on
Buddhist Chants and Prayer
​
​

A Sample Contemporary Music
​Based on Buddhist Chants and Prayers
​
from New Sounds (newsounds.org)

Anton Batagov: The One Thus Gone

Anton Batagov Website
Anton Batagov's Description of The One Thus Gone
"The one thus gone (Tathagata in Pali and Sanskrit) – that’s how Buddha called himself instead of "I". The name refers to liberation from samsara, a cycle of death and rebirth. Not only the Buddha, who lived 2,500 years ago, but any person can become "thus gone". Those who have "thus gone" explain to the rest of us how everything works, and what kind of problems and obstacles keep us in samsara."

My composition is based on three ancient texts.

"The Last Words of Senge Wangchuk", a great yogin and meditation master who lived in the 11th and 12th centuries. This text is constituted of the words he pronounced at the moment of his death as his body was dissolving into a cloud of rainbow light.

"The Prayer of Samantabhadra". This text was hidden in the 9th century by the great master Padmasambhava, and revealed in the 14th century by another great master Rigzin Godem (1337-1408). The authorship of this text is attributed to primordial Buddha Samantabhadra. Samantabhadra embodies enlightened mind which is present in everyone’s mindstream. After having heard our true voice we start to wake up from ignorance. In the conclusion of this text it is said that all beings who hear this prayer will attain enlightenment within three lifetimes.

"Prostration to the 35 Buddhas". In Buddhist tradition there is a practice of confession of sins: pronouncing the 35 names of "The One Thus Gone" while doing prostrations (full bows).

It is not at all necessary to be a Buddhist to set off on this journey. These words are universal. Like the laws of physics, they do not belong to any religion. Neither does music.

The text of the 4th (final) movement contains just one letter: A. It is said that the most profound wisdom that needs hundreds of volumes for its detailed explanation can be transmitted through one single letter A. When we sing the sound Ah for a long time and listen to it we become that sound. We become who we really are, and all the knowledge of the universe and that of ourselves enters our mind without any words and philosophy. 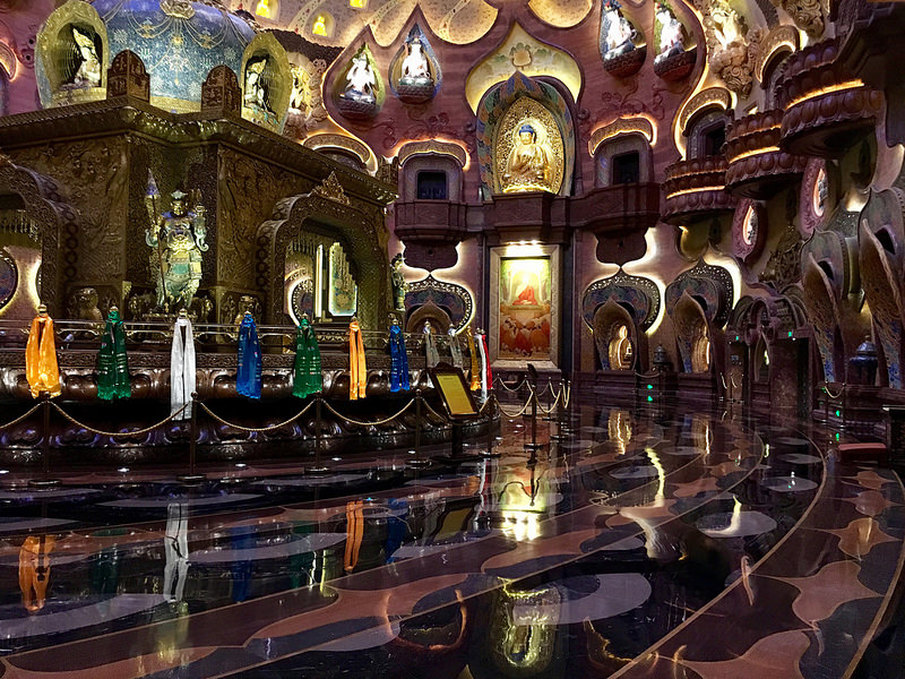