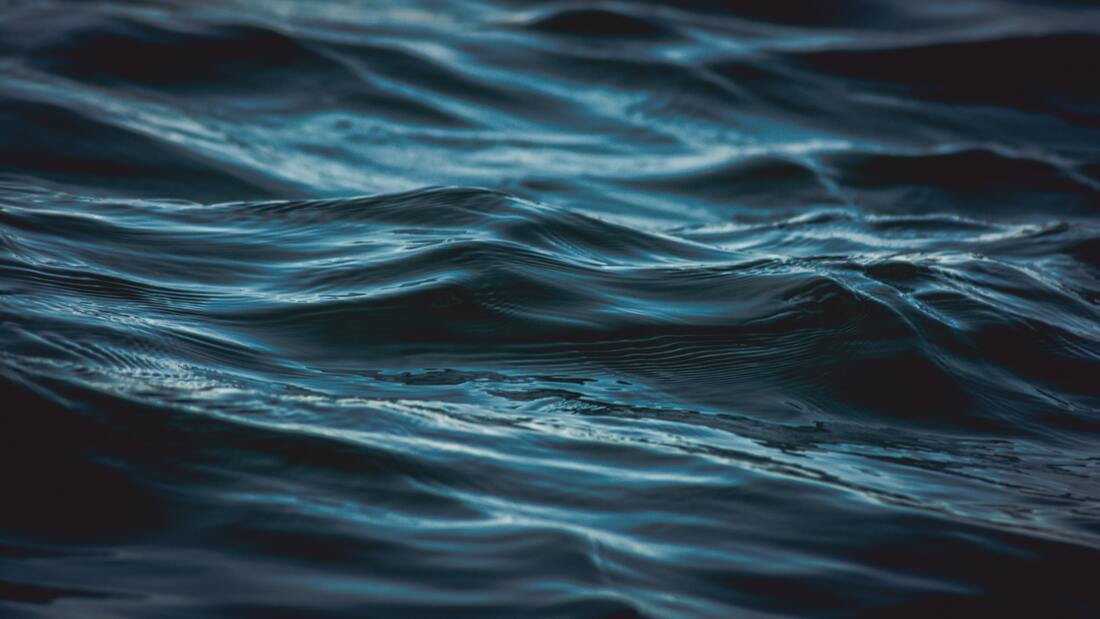 Photo by Marko Blažević on Unsplash

​The Open and Relational (Process) Agnostic
​

Imagine a person who identifies with open and relational thinking about human life and the wider world, but is agnostic about the idea of a personal God.

You have imagined at least two people I know: Robert Mesle, author of the well-known Introduction to process philosophy, Process-Relational Philosophy: An Introduction to Alfred North Whitehead, and Terry Goddard, editor of  the website, Religious Belief and Disbelief.  Terry, whose essay appears below, is a teacher at the First Unitarian Universalist Church in San Antonio, Texas, with a PhD from Chicago Theological Seminary and an MDiv from the Seminary of the Southwest in Austin, Texas.

Bob and Terry are both integral members of the process family.  The process movement includes theists, non-theists, polytheists, monists, agnostics, and atheists.  It also includes the many people for whom questions of belief or disbelief in God however understood, are not very important.

Studies show that in the community of None (no religious affiliation) there are three types: adamant atheists; people who are relatively indifferent to religion, and spiritual independents (spiritual but not religious).  You'll find many in the process movement who are in at least the second and third categories.  Here's how I see things:

The process community consists of people who want to live lightly on the earth and gently with one another, having some fund on the way.  They share a common outlook on life that consists of at least twenty key ideas: everything is interconnected, we live in a universe of mutual becoming and continuous creativity, we are affected not only by the ideas but also the feelings of one another, something like feeling or experience goes all the way down into the depths of matter, persuasive power is better than coercive power, a good society takes care of the vulnerable, what the world needs now are just, sustainable, and joyful societies with no one left behind.  For more on this, please see Twenty Key Ideas on the Home Page of Open Horizons.  I arrived at this list based on experience of teaching process philosophy in China, where I realized that, for many of my students, young and old, what was most important in process philosophy was not it's idea of God but rather its cosmology and practices.

One of the twenty ideas is that of a personal God.  This is the idea that the evolving universe is embraces by a great compassion that both feels the feelings of all things in an empathic way (a fellow sufferer who understands) and guides (or seeks to guide) all living beings through "initial aims."   This idea is very important to many, including me.

Here's the point.  A person can have an open and relational cosmology, finding ideas such as I just named very important, and they can try to practice these ideas in their daily lives, without finding the idea of a personal God as developed by Whitehead plausible or important.  They don't utterly reject the idea; but they don't affirm it either. They are agnostic.

I suspect that more than a few in the process commuinity are in this situation. They are members of the process community, along with the theists, because they find the cosmology and life-values (persuasive power, respect for the earth, care for the vulnerable) so meaningful.

Of course, they are not at all defined by their agnosticism.  Nor are theists defined by their theism.  We are whole people with many aspects of our lives - our relationships with family and friends and community - that are so much more than our "beliefs about God."  Indeed, we all have a spiritual side which is by no means reducible to such beliefs. It is important for the theists to understand that agnostics, too, enjoy a sense of transcendence.  If "spirituality" includes attention, compassion, connection, reverence, wonder, and a sense of mystery, then they do indeed have a "spiritual" side, whether or not they use that word.   At the Cobb Institute, we think of "spirituality" as a combination of emotional intelligence and embodied wisdom in daily life.

Certainly agnostics can have emotional intelligence and embodied wisdom, as can theists and monists and atheists, and these qualities in some ways transcend questions of belief.  One form of emotional intelligence is a sense of beauty and awe as lured by the natural world: mountains, hills, flowers, soil, trees, animals, and, for ever so many like Terry Goddard, water.  We may or may not believe in the transcendence of God, but feel and understand the transcendence of water.  The theist may want to add that water is a way we experience God's trandendence. I myself believe this.  But I can well understand an agnostic replying: "Let water be water."  In the cosmology of process thought, with its idea that the whole of nature is alive with intrinsic value, God or no God, that is right, too. 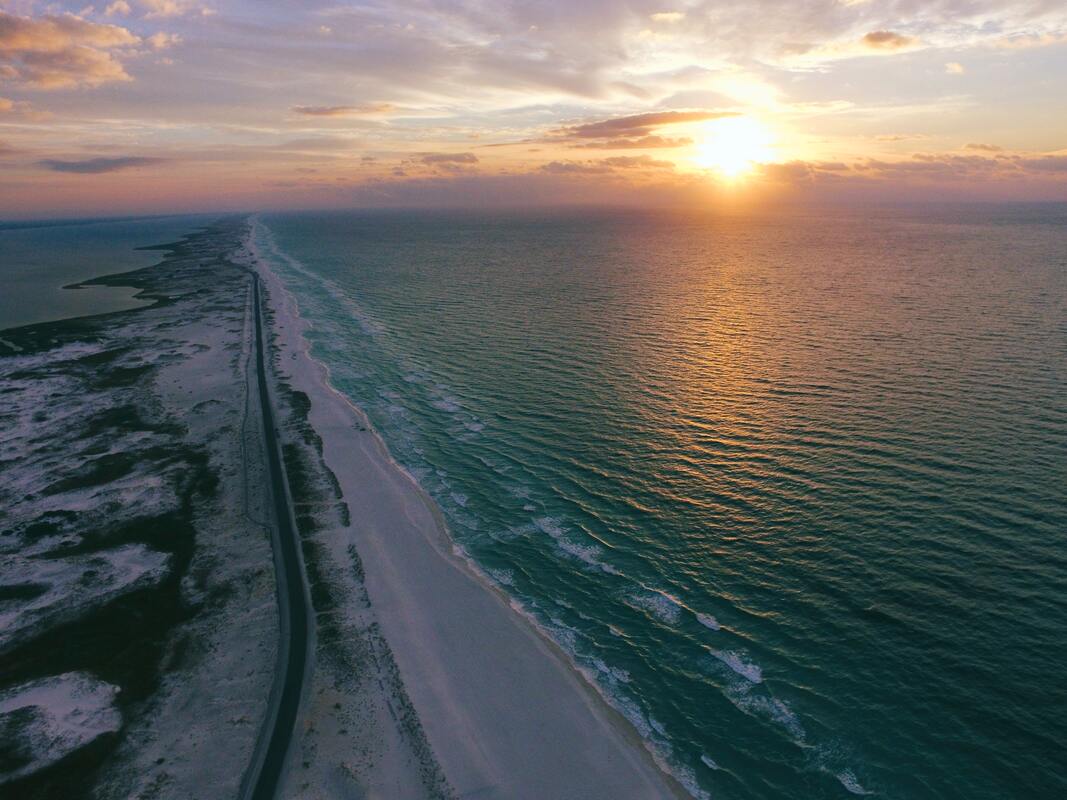 Photo by Aaron Burden on Unsplash

​
​
The Lure of Water
​
Transcendence without a personal God
​

Terry Goddard
​
I am an agnostic as far as belief in a personal God is concerned.  However, I do experience a sense of transcendence in my life.  This world is all we know and therefore all we have.  As process naturalist, Robert Mesle, put it, so succinctly: “We live in the world of nature.”

I am drawn to process thought in part because I find its open and relational aspects compelling and life affirming.  Since process naturalists see the world as natural, they affirm that what is transcendent is also natural. If we are lucky, transcendent experiences fill our days, for example trips to the gulf coast and long walks on the beach or simply enjoying sitting quietly with my wife early mornings with our coffee.  These experiences are sacred times for me, transcendent times.

I also find the experience of transcendence in nature in the essays of Loren Eiseley. An example I am reminded of is Eiseley’s experience floating on the Platte River.

“As it leaves the Rockies and moves downward over the high plains towards the Missouri, the Platte River is a curious stream.  In the spring floods, on occasion, it can be a mile-wide roaring torrent of destruction, gulping farms and bridges.  Normally, however, it is a rambling, dispersed series of streamlets flowing erratically over great sand and gravel fans that are, in part, the remnants of a mightier Ice Age stream bed.”

So, begins Eiseley’s description of the Platte River in northwest Nebraska and his experience floating in its waters.

In this reflection, Eiseley has connected his personal flow of experiences with water – both childhood fears and the transcending experience of floating the Platte – with the ancient flow of waters over the same land.  Water for Eiseley, “touches the past and prepares the future.”  If there is “magic on this planet,” he writes, “it is contained in water.”  This ancient flow not only shaped the land and grew the mountains but also provided the ‘soup’ that gave life to fish, frogs, turtles, and us.  Which reminds me of another of Eiseley’s stories – “The Snout.”

Eiseley was an evolutionary scientist and understood that we humans evolved from some ancient life source that led to the development of many different species. Eiseley explains that this precursor of modern life forms was the ancient snout or technically a freshwater Crossopterygian.  The snout struggled in the water and ooze of the swamp not able to get enough oxygen.  Slowly, following many failed attempts, it was able to make the leap from water to land.  This leap prepared the way for humans.  Eiseley muses, “More likely we should never have existed at all.”  It was the Snout and the ooze that did it.

My experience differs from that of Eiseley’s.  I did not grow up around rivers, but there were lakes in the area.  My parents loved to fish, and as a kid, growing up in the Dallas area, we spent many a weekend on Lake Grapevine.  My dad worked the 3 to 11 shifts at Chance Vought – an airplane factory.  So, on Friday nights around 11:30 my parents would drag my brother, sister, and me into the old family station wagon, and off we would go to the lake – pulling the 14-foot boat my dad had built in our garage – behind us.
​
When we arrived at the lake my dad would put the boat in the water and then select either my brother or me to join him fishing.  My mother and sister and the lucky one not chosen to accompany my dad would go to sleep in the back of the station wagon.
The one (either my brother or me) chosen to accompany my dad did not fish.  No, I was placed in charge of watching for snakes – cottonmouth water moccasins.  My dad would place a lantern in the front of the boat, where I sat with an oar in hand, while he sat in the back of the boat fishing.  The idea was that the light would attract the snakes and I could then keep them away from the boat rather than have them come up in the back where my dad was happily fishing.

Later in my teens we moved to Houston – close to the Gulf Coast.  My parents fell in love with the gulf as did I.  No snakes there.  No in the back bays of Port Aransas all types of wildlife flourished.  Crabs, ducks, sea gulls, hammer head sharks and pelicans - flew, swam, and crawled all around and in the waters of the bay.

The beaches were also full of life in the water, in the sand, and in the air.  Little crabs washed up on the beach by the waves would race to return to the water before it was too late and find themselves stranded on the beach.  There, they were easy prey for the little beach birds who would dig in the wet sand looking for the crabs that had not made it back into deep water.  All the activity of life on the beach, like that of the bays, intrigued me as a teen and does so today.
​
The pull of the tide and the repetition of the waves displays a power and a lure that is hard to resist.  Yet, the ocean waters can be powerful and terrifying at times.  For example, the gulf coast is a target of hurricanes that come in the fall of the year.  Another powerful example of gulf waters, albeit less destructive, is a walk to the end of the Port Aransas jetty at night.  There is no light; the noise of the thundering waves and wind make it difficult to hear your companion.

Surrounded by the night, wet from the crashing waves, I have felt a power, an experience of “natural” transcendence beyond anything that I can explain. The power and lure of the ocean waters is palpable in that moment. Maybe the draw of water comes from our time in the ooze, a bit of the snout that still resides within us reminding us of where we came from. Whatever the case, being in and around water clearly is a transcendent experience for Loren and me.
Open Horizons