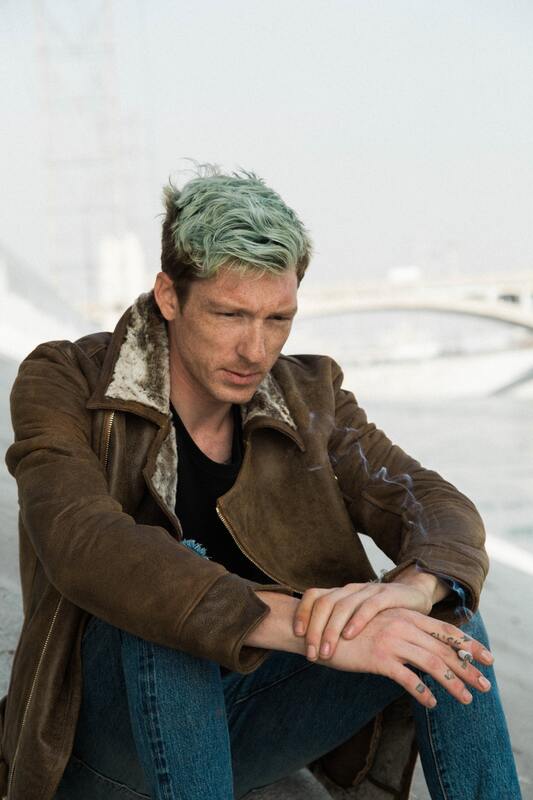 The Problem of ​Catastrophizing

The Compulsive Imagining of Worst-Case Scenarios
​

When it comes to personal disasters, catastrophizing is almost always counter-productive. We cannot find our way into promising futures, if we are obsessed with negative futures. However, when it comes to images of the world, catastrophizing can seem more plausible. After all, the circumstances that give rise to catastrophic thinking are multiple: global climate change, the threat of nuclear war, violence at home and abroad, widespread environmental destruction, a wholesale abuse of animals, widening gaps between rich and poor, a breakdown of community life, the rise of authoritarian governments, the abuse of power, and the debilitating effects of a consumerism. When these images are combined, it can seem as if the future, if not absolutely catastrophic, is very, very bleak indeed - and those who will suffer the most are the poor and powerless. The world feels like a train headed toward a cliff. Some on the train, namely those in first class, are enjoying the ride, oblivious to the end or, worse, indifferent to the end. But the train itself is headed for disaster. Time to catastrophize!

Catastrophizing is emotionally complex. It feels safe, giving us a sense that we have partial control over an uncertain future, and it feels honest, because the likelihood of disaster is great. There is a strange kind of security in knowing that the future is bleak, and this security is often accompanied by anger or sadness. We are angry with others who don't catastrophize with us, because they are hiding from a truth we think they ought to recognize. And we can become very sad, because they others seem so blind to the catastrophe we anticipate. The anger or sadness are also mixed with hope. If the world is like a train headed for disaster, the tracks are not entirely fixed. We carry in our minds a hope, however dim, that things can be different. Catastrophizing is thus proportional. It can be 90 percent worry and 10 percent hope. Worry has the upper hand, but hope dwells eternal in the human heart.

The problem with catastrophizing is that it is maladaptive. It can stifle healthy hope; inhibit constructive action; increase unnecessary anxiety, and become a self-fulfilling prophecy. It takes a personal toll, too. If we are overwhelmed by a tendency to catastrophize, we find ourselves unable to laugh, to play, to rest, to enjoy beauty, and to relate to others in joyful, kindly ways. We become a burden to others, and we sometimes become the catastrophes we seek to avoid.

The need, then, is twofold. It is (1) to imagine and respond to worst-case scenarios in an honest way, and (2) to avoid the tendency to focus on these scenarios at the expense of appreciating the simple beauties of life, which transcend the catastrophes.

The idea that simple beauties of life transcend catastrophes makes no sense to people who think that enduring objects are the fundamental units of life or that something can be of value only if it endures. But those of us influenced by Whitehead's organic philosophy reject these two ideas. We believe that the fundamental units of life are felt relationships, not substances, and that these relationships have value even if they do not endure through time.

Even if catastrophes lie ahead, there is value in the present moment: in friendships, in the beauty of nature, in music, in children. Moreover, add process theologians, the universe includes an inclusive life, God, who remembers and retains all the beauty in the tenderness of a love that never dies. Truth be told, it is our gratitude for this beauty that is the source of honest, catastrophic thinking. We would not care about the future so much, if we did not love the world. Healthy catastrophic thinking, as distinct from compulsive catastrophizing, is companion to joy.

"The inability to tolerate uncertainty is a significant contributor to anxiety. Worrying is seen as a way to predict the future, prevent unpleasant surprises and control outcomes. The problem is, it doesn’t work.

Whilst you may feel safer worrying about all the things that could go wrong, it is an illusion and does not make life more predictable. Focusing on worst-case scenarios won’t stop bad things happening. It will only stop you enjoying good things in the present. So, if you want to stop worrying, start by tackling your need for certainty and immediate answers."

Four Ways to Stop Imagining
the Worst Will Happen

If you have a tendency to worry about worst-case scenarios,
it's possible to get your brain on a different track.

Imagine you have an interview for a new job tomorrow. Some people might think about what kind of questions they will be asked so that they can prepare, or imagine the interview going well. For others, the thought of an interview will cause them to toss and turn all night thinking of every worst-case scenario possible—no matter how outlandish these may be. If you’re someone who has a tendency to do the latter, you are prone to catastrophizing.

​Catastrophising is a tendency to assume the worst will happen when imagining a future situation – even if you have evidence that this is not the most likely outcome. People who like to feel in control (and are therefore intolerant of uncertainty) are more likely to catastrophise. This has been linked to anxiety – suggesting that frequent catastrophising may be a factor in developing certain mental health problems.

Catastrophising comes from the belief that by imagining what might go wrong, we’re better able to protect ourselves from harm – both physical and mental. However, this tendency is only helpful if you’re able to correctly predict what will happen in a certain situation and how it will make you feel.

As we imagine future events, we experience an emotional reaction to the story we are creating – and we use this response to determine how we will feel in the future. But this way of predicting the future is often wrong since we’re not able to imagine everything that might happen. This can lead to us creating the wrong emotional response for future situations in our heads.
​
But our belief in what will happen in the future can have a big influence on our behaviour. For example, people who are optimistic (or even realistic) about the future are more likely to be willing to try new things. They are also likely to notice what has gone well in new situations. On the flip side, people who catastrophise about what might go wrong are less likely to try new things. And, when they do try something new, they are more likely to notice what has gone wrong. This will be stored in their memory and will add to the reasons why they we shouldn’t try new things in the future. As a result, catastrophising can lead to undue stress and anxiety and may stop you from doing the things you might enjoy or learn from.

If you’re someone who tends to catastrophise when stressed or anxious, there are a few things that you can do to help:

1. Make decisions in the morning

We often worry about the future at night. When we are asleep, activity in the rational part of our brain is reduced and activity in the more emotional part of our brain is increased. As a result, we tend to use our emotional brain to picture the future when we’re awake at night. Lack of sleep can also make us more sensitive to things we see as threatening. This can lead us to focus more on what might go wrong, and makes us more prone to catastrophising.

It can be helpful to remind yourself that you are not thinking rationally when you’re lying awake worrying about something. It can also be useful to wait until the morning to make decisions when your brain is rested.

2. Teach your inner critic to be more compassionate

Catastrophising can be driven by our inner critic, which may use harsh language that makes us emotional.

3. Make up a better story

Even if things have gone wrong in the past, this is unlikely to be the case in the future – despite what we might tell ourselves. If you have a tendency to catastrophise about future events, try to think instead about ways in which this event might go well, which may help you to feel less anxious.

Another strategy is to make up, not just one, but a number of plausible stories about what might happen. This may help to remind you that the stories you’re telling yourself are just that – stories. Choosing to focus on the stories with a positive outcome might also help you to feel less worried or stressed.

4. Be kind to yourself

Try to be more compassionate with yourself when considering your future. This is more difficult than you might imagine – even for people who are very compassionate and empathetic to others.

Compassion and empathy evolved to help us to interact well with others. As such, compassion and empathy aren’t really designed to be used for yourself. But small things – such as asking what advice you might give a friend in your situation – can help you to get in touch with your compassionate voice. Practising this often may even help you to see solutions where you might otherwise have only focused on the problem.

Planning for ways in which things might go wrong in the future does serve a purpose – and that is to keep us safe. But if you often find that you castrophise by thinking of all the worst case scenarios – especially to the detriment of your own mental health – it can be important to remind yourself that the things you’re worrying about may never happen, and, if they do, they will probably turn out much better than you think.

This article is republished from The Conversation under a Creative Commons license. Read the original article.
Open Horizons