A Process and Relational appreciation of sounds of the Tuba
​as explored, performed, and extended by Theon Cross
​
​
​The Cobb Institute for Process and Practice is devoted to fostering a new outlook and way of living in the world that is diverse, inclusive, compassionate, and creative. So is the jazz tuba player from England, Theon Cross. His performances "practice" process thought. Call it Cobb Tuba. It always surprises you, moving in many directions at different speeds, but always in service to life. 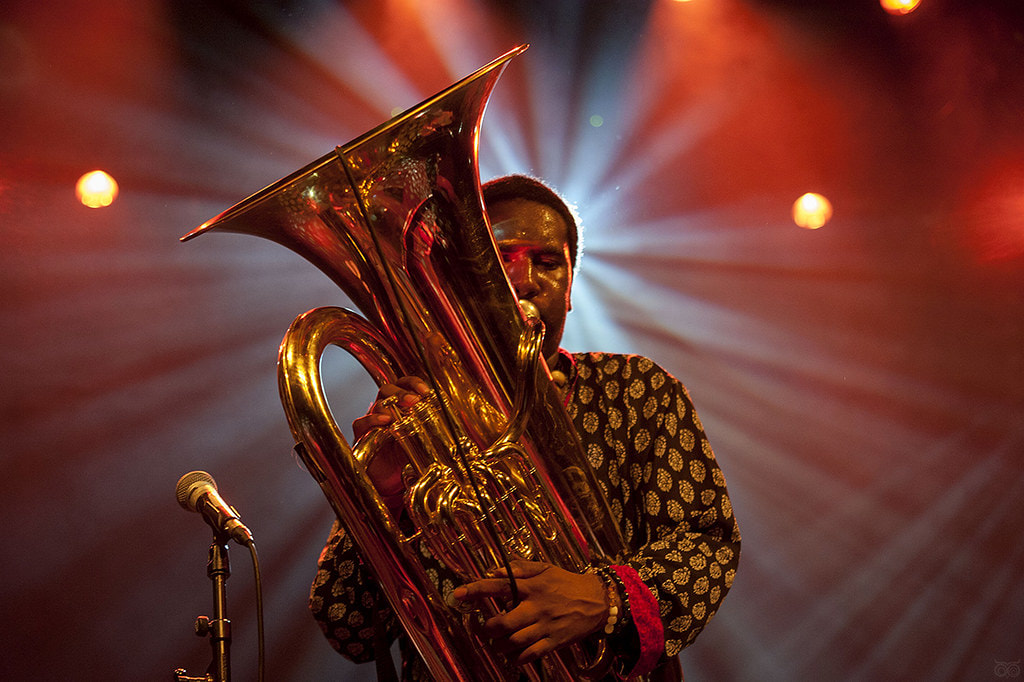 Photo courtesy of the artist

Processing and Extending the Tuba's Sound

​
​"If you've been paying close attention to progressive jazz in recent seasons, you probably don't need to be reminded: London's burning. And you may already be familiar with Theon Cross, the rambunctious, indefatigable tuba player and composer who makes a lot of joyful noise on that scene — part heavy anchor, part combustion engine, with a will to set any groove aflame."

"Theon Cross is a stunning tuba player, a member of Mercury-nominated group Sons Of Kemet, and a central figure on London’s new music scene. He’s also just released a solo album full of inventive ways of processing and extending the tuba’s sound, while drawing on Caribbean music, grime, jazz, and the city’s spoken word scene.  He and his quartet offer live, instrumental versions of some of those songs for the Soundcheck Podcast.".

"While the tuba was a staple of early-20th-century New Orleans jazz ensembles, it wound up neglected along with other Dixieland instrumentation like the banjo and cornet, losing its place in the music over the following decades. 'People always underestimate the tuba,' Cross said recently. People aren’t familiar with it. But the unfamiliarity that comes from neglect also permits a greater freedom now. That element of surprise comes through on Fyah: Roving at will across other genres, Cross is able to wholly remake the horn in his own image."

Music as Conduit for

​‘We Go Again’ is about choosing to forgive ourselves from moments of ignorance in our past and making the conscious decision to embrace a new day of reinvention and growth.

​Although lockdown has been challenging, it’s also given us time to reflect and think about the changes we wish to see once we return to normalcy. I look forward to the return of live performance and having the privilege to present new music, new ideas and a new outlook."

A New Outlook
​
The Cobb Institute Mission and Vision​​ 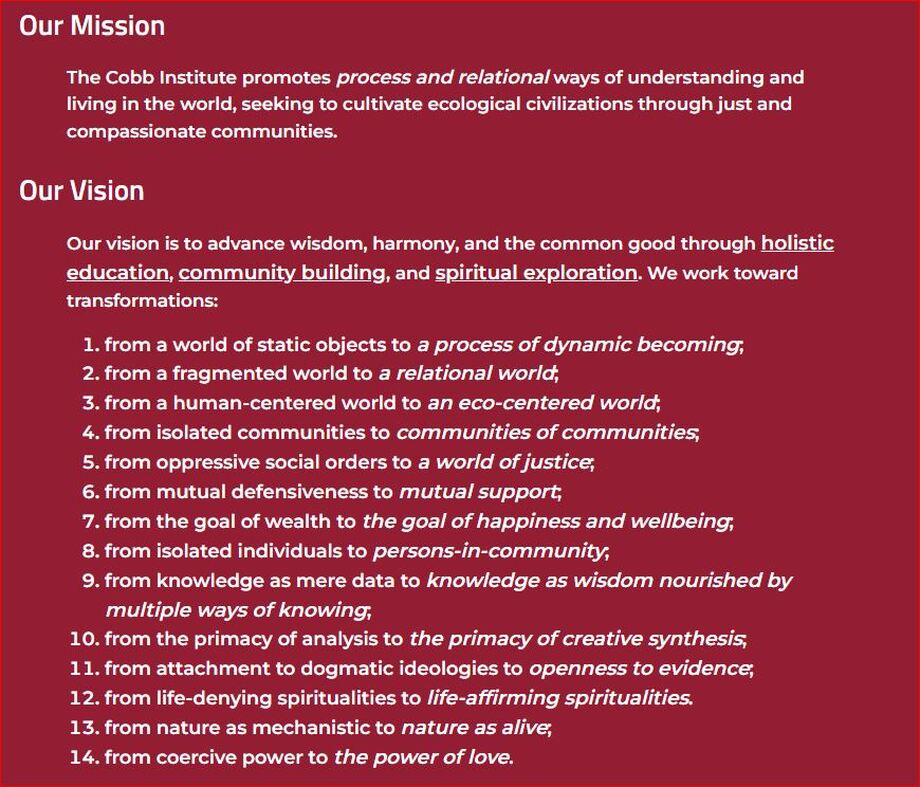 When you listen to the tuba playing of Theon Cross, what do you hear? As an active member of the Cobb Institute for Community and Practice, I hear a transformation:


Of course, the physical tuba was never mechanistic. From a process and relational perspective, the tuba has always been alive in a certain way, even when sitting in a corner unplayed. It is a musical instrument composed of billions upon billions of energy events, each with vitality of its own, gathered into the aggregate unity of a single "corpuscular society." This aggregate of energy, this society, is filled with its own potentials for performance, when played by human performers. Metaphorically, if not literally, it is its own living self: a living tuba.

But Cross brings out multiple forms of life from the living tuba, enabling many of those potentials to be realized in surprising, sonic form. And he does so in a way that is life-affirming, because his performance elicits a sense of vitality in the listener. Indeed, the entire experience of a live performance affirms the dynamism of life itself as a process of dynamic becoming. And the improvisational character of that performance bespeaks a still deeper reality within the becoming: the act of decision, moment by moment, relative to the situation at hand.

And when you watch Theon Cross playing with others in Youtube videos or in a live performance, what do you see?  For my part, I see a transformation:


In short, I see the relational side of process philosophy in living form. Cross is playing with others, and this withness is contagious. They are receiving sounds from the others (experience in the mode of causal efficacy) and responding with sounds of their own. The entire performance is an activity in which the many become one and are increased by one.

Don't think the tuba is a passive object in this mutuality. The tuba and the other instruments become partners in the process of creating, at least in the moment at hand, what process thinkers call a just and compassionate community. Of course all musical ensembles do something like this. Theon Cross shows how much novelty can emerge when we explore life together, in community with one another, with everyone having a voice.

Is this not a new outlook? And don't we need it today? In the sounds of Theon Cross, we hear the outlook we need. He presents new music, new ideas, and a new outlook well worth sharing. Call it salvation by tuba. 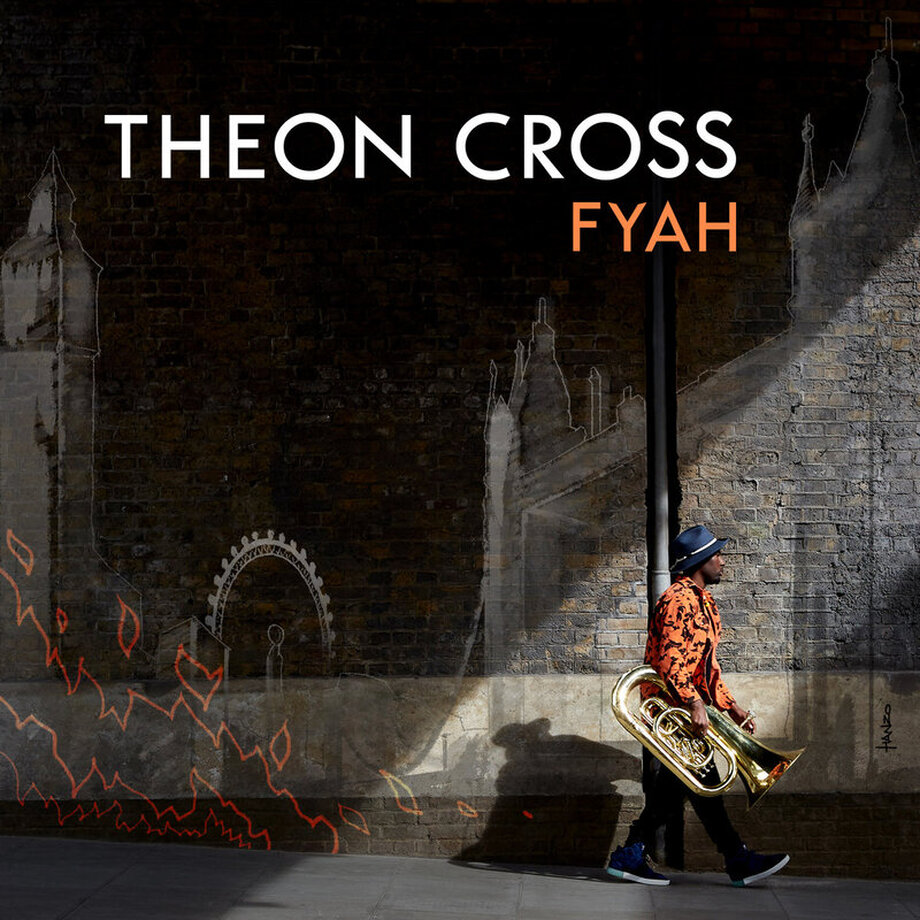 An interview with Theon Cross
on how creativity comes from diversity
​