Fixing the Hole in the Boat:
The Radical Vision of Ecological Civilization
​
By: Wm. Andrew Schwartz
​

How do boats float? As a child, growing up along the Columbia River, this was something I found particularly puzzling after seeing massive steel ships glide atop the water. I didn’t understand the science behind displacement and buoyancy, but I did know that if your boat takes on too much water you’re going for a swim. Conventional wisdom suggests that if you find yourself in a boat filling with water, you should get rid of the water. Perhaps you’re inspired by Jack Sparrow from Pirates of the Caribbean, so you grab a bucket to begin throwing water overboard. This does seem to help, but what if you can’t keep up? What if, bucket after bucket, you bail as fast as you can but you’re not making a dent. What if, despite your tireless efforts, despite all the progress you make, it's not enough to keep you afloat?

This is analogous to the global situation in which we find ourselves. The ice caps are melting, sea levels are rising, and species are going extinct. All of this is compounded by radical economic inequality, systemic social injustices, and the threat of nuclear war. Like bailing water from a sinking boat, it’s necessary to decrease carbon emissions, turn to renewable energy sources, increase education, and reduce income inequality. Yet, like the boat, these efforts don’t seem to be enough to save us. Some say it's because we're not making progress fast enough—that we need more people working to reduce waste and emissions. And there is some truth to that. But that is equivalent to enlisting more people with buckets to bail water. We need an alternative method. We need to fix the hole in the boat!

If we don’t address the underlying causes of our world’s most critical problems, long-term success will evade our grasp. Having your boat take on water is a problem, but it is also a symptom of a structural problem with the boat itself. Until we understand and address the source of the problem—the reason our boat is filling with water—no matter how hard we try, our efforts will fall short. Like any illness, simply treating the symptoms without addressing the root cause can be a fatal error.

One way to identify underlying causes is by asking a simple question—“why?” Why do five people possess as much wealth as half of the world’s population? Why is topsoil being eroded? Why are global temperatures rising? By asking “why” we take one step closer to understanding the source of our crisis. Through this process, two things become apparent.

First, is the recognition that our world’s major problems are all interconnected. As Pope Francis notes, "We are faced not with two separate crises, one environmental and the other social, but rather with one complex crisis which is both social and environmental. Strategies for a solution demand an integrated approach to combating poverty, restoring dignity to the excluded, and at the same time protecting nature." To focus on environmental issues without considering the social, or vice versa, is to fail to grasp the true nature of the crisis. Consider Agenda 2030 (the United Nations Sustainable Development Goals). Each of the 17 Sustainable Development Goals (zero poverty, zero hunger, good health, quality education, etc.) are presented as separate goals with separate strategies for success. But we can't adequately solve the hunger problem without addressing poverty and food insecurity. And we can't address food insecurity and poverty without addressing climate change and economic wellbeing, which can't be adequately addressed without dealing with our systems of capitalism, unlimited growth, and the values that prioritizes short-term convenience over long-term flourishing of all people and the planet. True, when facing a big problem, it is often helpful to “chunk it,” so as to make it more manageable. But if we fail to recognize the interconnected nature of our most serious problems, our solutions will remain fragmented and inadequate.

Second, is the recognition that the true nature of our crisis is systemic. As such, adequately addressing the underlying causes of our complex problems requires changing the systems—economic, political, educational, agricultural, etc.—at the foundations of our society. The great mistake of dominant thinking about our world’s most urgent problems is that solutions are being framed as possible without radical systems change. Consider the United Nations goal of eradicating poverty (SDG #1). Specifically, the goal is by year 2030 to “eradicate extreme poverty for all people everywhere, currently measured as people living on less than $1.90 a day.” But increasing someone's wages from $1.25 per day to $2 per day doesn’t actually address the underlying cause of poverty produced by an exploitative economic system that proliferates inequality. In fact, most of the targets and indicators behind the goals for sustainable development reveal commitment to civilizational systems that exploit people and nature for profit and power. Similarly, I recently heard a presentation by a member of the Union for Concerned Scientists, who argued that if each nation invested just 1% of its GDP toward adopting new technologies for renewable energy, our climate crisis would be solved. While we should decrease our dependence on fossil fuels, avoid single-use plastics, etc. these efforts don’t seem to address the fundamental underlying issues. We need to change our systems if we want to fix the holes in our civilizational boat.

The call to fundamentally transform our social systems across all sectors, in order to address the root causes of our world’s most critical, complex, and interconnected problems—this is the distinctive mark of the ecological civilization movement. 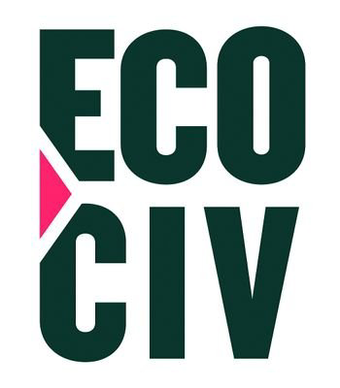 ​What is Ecological Civilization?

Ecological civilization refers to forms of human community designed to promote the overall wellbeing of people and the planet. As a form of civilization, it includes the typical features of civilization—systems of agriculture, technology, education, government, economics, etc. The modifier, “ecological,” describes the type of civilization being envisioned—a human community that seeks to live in healthy symbiotic relationship to one another and the nature world. To achieve an ecological civilization would not be to give up modifying nature, but to learn to do so in ways that we can learn from nature and from its success in creating ecosystems that over time increase in complexity and richness. It is a vision for a better future, one in which the systems of society, economics and politics, systems of production, consumption and agriculture, are designed for the flourishing of life in all its forms; a vision for the common good.

As a new paradigm for living in harmony with one another and the planet, the vision of ecological civilization marks a departure from the core values, worldview, and systems of our present civilization. Imagine a world in which the systems of society were grounded in the realization that, as David Korten puts it, “We humans are living beings born of and nurtured by a living Earth.”[1] How would our economic systems be changed if we measured success in terms of overall wellbeing of a living Earth, rather than market activity? How would our agricultural systems be changed if we prioritized the health of the soil and long-term food security rather than “productivity” (measured by produce divided by hours of human labor)?

That isn’t to suggest that modern civilization needs a fire sale, where everything must go; there are aspects of contemporary society that we can and should retain. Nevertheless, the ecological civilization movement is about moving toward a new reality—seizing an alternative. Because it is about civilizational change, the movement touches on all aspects of society. The intersections of theory and practice, global and local, environmental and social, scholarship and activism are among its central features. Ecological civilization is more than sustainability, but it must be sustainable. It’s more than environmentalism, but it must involve living in harmony with nature. It’s more than a philosophy, but it must involve a change in worldview.

Having Hope on a Sinking Ship

The stakes are high. If we fail fix the hole in our civilizational boat, the world as we know it will go the way of the Titanic. Recent reports from the United Nation’s Intergovernmental Panel on Climate Change (IPCC) as well as the USA’s National Climate Assessment (NCA) provide vast details on the severity and urgency of our global situation. And if that wasn’t enough to overwhelm you, perhaps all this talk of civilization-level change will send you into paralyzing despair. How can any of us make a difference on such a massive scale (global systems), in such a short timeframe (12 years according to IPCC)?

While hopelessness may be our greatest enemy, a well-founded hope may be humanities greatest advantage. Like Captain Jack Sparrow, “Wherever we want to go, we’ll go.” We are in a unique period of human history. For the first time, humanity has the potential to destroy the very capacity for our planet to sustain life. But, it is also the first time we’ve had the ability to create an ecological civilization. There is reason to hope!

I find hope in the realization that we don’t have to tackle each of the world's most critical problems individually. We don’t need thousands of separate solutions. By making only a few fundamental changes in the right places (fixing the holes in the boat), we can achieve significant lasting results.
​
I find hope in the realization that I’m not alone. People around the world are rising up, calling for a new paradigm, a new story, and for new systems of civilization—from Pope Francis and the message of Laudato Si’, to the “ecozoic era” of Thomas Berry and Brian Swimme, to Vanada Shiva’s “earth democracy,” David Korten’s “great turning,” to the framework of the Earth Charter, and more.
There has never been an ecological civilization before. Therefore, the vision needs to be flexible, since we are discovering for the first time what it requires. As we work backward from the end goal to inform actions in the present, these insights feed back into our understanding of the end goal itself. As it unfolds, the process forces us to look at the truths of our situation: the increased inequality between the rich and the poor, and most of all the impossibility of unlimited growth on a finite planet. The movement toward ecological civilization is a process of creating a new map for a new destination—a destination we might reach if we fix the holes in our boat. 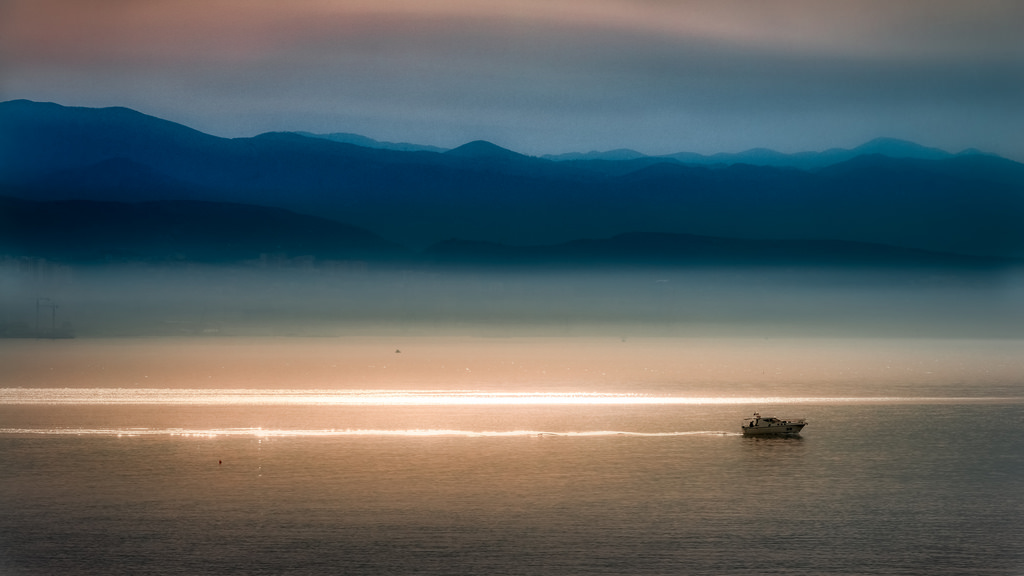