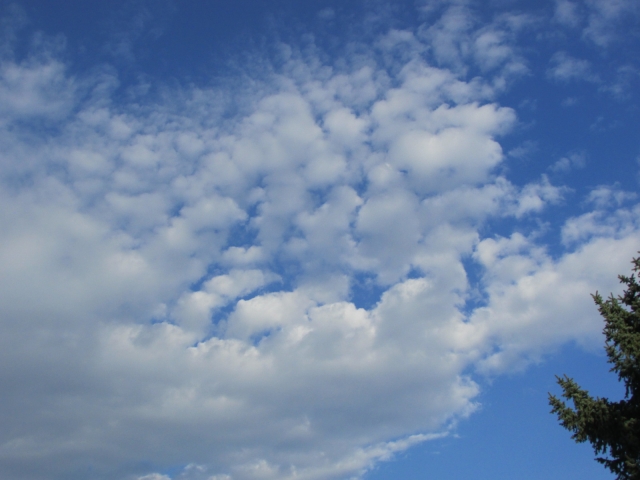 ​The Risk (and Glory) of Freedom
An excerpt from Renewing the Process of Creation: A Jewish Integration of Science and Spirit (Jewish Lights, 2016)

Rabbi Bradley Shavit Artson
The freedom that erupts in living things is no Pollyannaish utopia. Freedom entails the challenge of maintaining identity, of survival. Living entities maintain their identities by competing for scarce resources, by ingesting other living entities, by displacing others. The emergence of living entities introduced the distinction between life and death, a form of nonbeing that could only exist with the introduction of living. Metabolism, then, created the dichotomy of being and nonbeing, and the relentless struggle against nonbeing, a struggle that had not existed until the emergence of life.(1) Metabolizing creatures have influence and capacities, but they also have needs and necessities. In poetic language, Jonas offers that the “nature of lifeless matter would be interpreted as sleeping, not yet awakened freedom.”2 As matter awakened into emergent freedom, it simultaneously awakened to the task and opportunity of self-integrating and self-sustaining. Terror and elation, joy and struggle are made possible and necessary by the ongoing becoming that is life. To be free is to live with great risk. As Process philosopher Alfred North Whitehead observes, “At the heart of the nature of things, there are always the dream of youth and the harvest of tragedy. The Adventure of the Universe starts with a dream and reaps tragic beauty.”3

With each increase in complexity, life expands both its capacity to risk and to achieve, to experience joy, gratification, achievement, and also pain, terror, and suffering. These different experiences are inextricably linked to levels of consciousness and awareness and are impossible except as a total package. One cannot be free without risking pain and loss. One cannot acquire the consciousness that savors a grandchild without also knowing the pain of a loved one’s suffering or demise. One cannot respond with awe to the starry heavens without having the capacity to respond with terror to the possibilities of social injustice, terror, or planetary extinction. Heightened consciousness entails greater sensitivity, both pleasant and terrible; the capacity to suffer and to exult expands with the capacity to comprehend and self-reflect. As the One who holds all suffering and rejoicing objectively and eternally, God is the most moved mover; in Alfred North Whitehead’s words, “God is the great companion—the fellow sufferer who understands.”4 The Rabbis, similarly, prehend, “Aluf [companion] refers to the Holy Blessing One, as it says, ‘You are the companion of my youth’ (Jeremiah 3:4)” (Talmud, Chagigah 17b).

Creation, then, is both event and process. As event, we recall the beginning of beginnings coyly peaking from behind the veil of knowledge, forever teasing us with its unreachable allure. Prior to Planck time, that brief interval right after the big bang when the infant cosmos was so dense and hot that the regularities of physics had not yet kicked in, before knowing was possible, before time was time, in a place where place was not yet, Bereishit, the beginning, marks an axiomatic eruption—axiomatic in that itself it remains inexplicable. (Many untestable theories abound in the discourse of scientists, straining to extend the scientific worldview beyond the limits of its own method, and in the dream talk of mystics, yearning to engage the ineffable in the symbol dance of their song.) In this age of bleak dichotomies, we are told to choose between two incompatible tellings: the spontaneous creation out of nothing of all space, time, and matter either in an instantaneous creation of all that currently exists or in an infinite quantum sea of uncertainty that produces rare bubbles of relatively stable space-time in which universes can develop spontaneously. Neither telling can prove its own veracity empirically. There are no experiments in which we can run bubbling universes out of quantum eternity or goad an omnipotent creator into fashioning a solitary cosmos like this one.

But we are not reduced to selecting which fundamentalism will possess us. There is a third way—a way of integration, imagination, and pluralism. Just as different modes of knowing pertain at different levels of emergence, so different ways of telling can communicate aspects of creation and its abiding value for our own living and becoming. The process of creation moves us, in us, and through us. And we, throughout our short becomings, move creation a bit. Embracing all, we make ourselves co-creators with God and cosmos in a universe in process. As creation’s self-reflective expression, our truest turn, and greatest challenge, is to cultivate the virtue of gratitude.
​
1. Jonas, Mortality and Morality, 61.
2. Ibid., 62. See also Hans Jonas, The Phenomenon of Life: Toward a Philosophical Biology (Evanston, IL: Northwestern University Press, 2001), 38–58.
3. Alfred North Whitehead, Adventures of Ideas (New York: Free Press, 1967), 296.
4. Whitehead, Process and Reality, 351.
Open Horizons