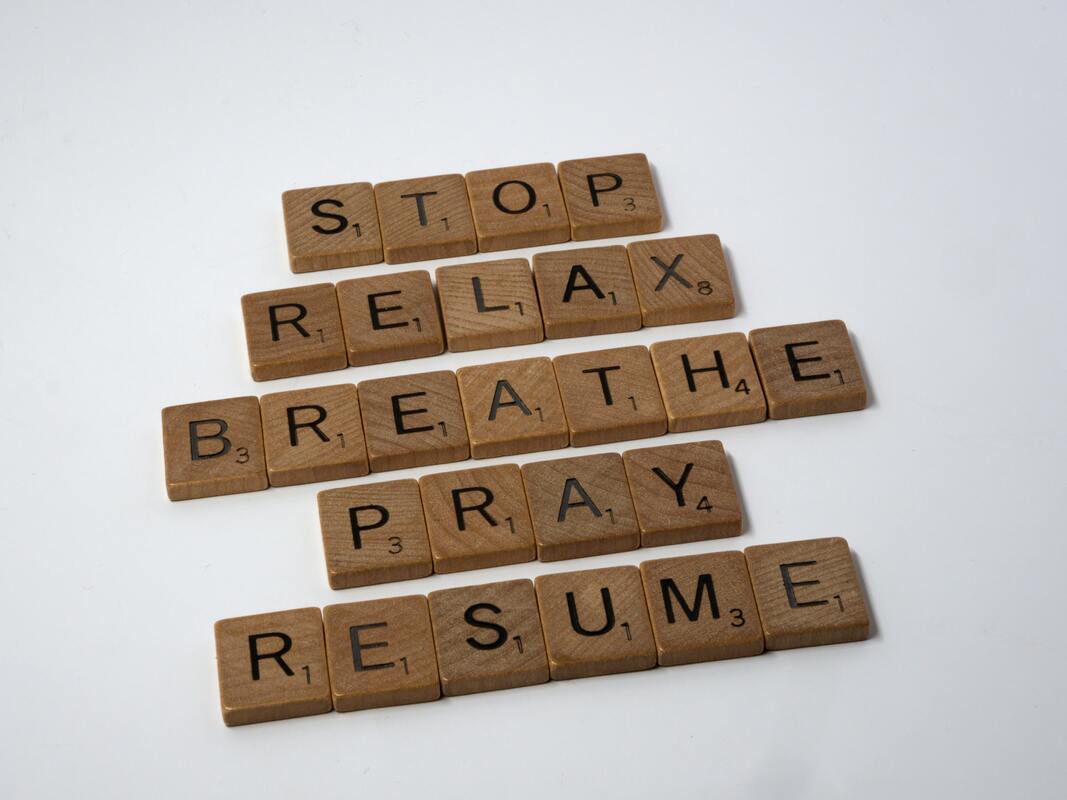 I wouldn’t say that this particular moment in American history is particularly pleasant.  Many people yearn for resolution, completeness, wholeness: individually and socially.  They may imagine the final outcome as “law and order in which America is great again” or as “beloved community in which we take care of one another and the Earth.”

Whatever the outcome we seek, this moment can be a reminder that, in truth, liminal moments are the building blocks of life and reality.  There is no final outcome.   Always we are, and will be, betwixt and between. Life is process.

Our faith, then, need not be confidence that, at some point in the future, all will be fully resolved.  It can be trust in the availability of fresh possibilities: trust that amid not apart from the liminality of life, we can live wisely and freely, lovingly and courageously, moment by moment, in whatever situation we find ourselves.  With help from a Freshness Deep Down, we can stop, relax, breathe, pray, and resume.

Whiteheadian reflections on liminality
as inspired by Timothy Carson

The Liminal Life is a life sensitive to the fact that we are always betwixt and between a settled past and a not yet actual future.  This life can include many moods: (1) a sense of disorientation and anxiety, because the familiarity of the past has been lost, (2) a sense of possibilities that would not be available without the disorientation, (3) a sense of playfulness and joy, because the present is filled with possibiliy, (4) a sense of being centered in the here-and-now in a "brisk and lively" way.

The liminal life is a life of responding to the call of the situation at hand, liminally and faithfully.  God is present in the liminal life, not as a dictator who rules over us, but as a  poet who, amid our liminal lives, beckons us toward beauty, wholeness, and love, even as we might find ourselves in dark woods with no clear sense of a "right road" ahead of us.  Sometimes we realize that not having a right road is itself a gift, not a curse.  Not-knowing can a context for the outpouring of grace.  This realization, too, is part of the Liminal Life.

*
​
I say all of this with a bit of trepidation.  I have worked with materials from Victor Turner and Mary Douglas, and I have always been sympathetic to what articulate spokespeople like Timothy Carson mean by liminality.  We process thinkers, too, talk often of creative transformation, of a realm of possibility that can be experienced amid such transformation, and of  the ultimacy of process itself.  Below I offer a preliminary "process" response to The Liminality Project, hoping I can be corrected and transformed by learning more.
​
The Present Moment as Liminal Space
​
There are many affinities between the kind of sensibility explored in The Liminality Project as described by Timothy Caron and the philosophy of Alfred North Whitehead, for whom "moments of transition" are the very building blocks of the universe.  For Whitehead, at every moment of our lives, we are betwixt and between two things: (1) a past actual world that influences the present but has lost its subjective immediacy and (2) a future that we anticipate consciously and unconsciously, but not yet arrived and not yet been determined.

We ourselves -- as living subjects of our own lives -- are never in the past even although we are always shaped by it, and we are never in the future even though we are helping determine it.  As subjects of  our own lives we are always in the place in-between, in the liminal space.  If someone asks us who we are, we should nor say: "I am who I was or I am who I will be."  Instead we can say:  "I am shaped by who I have been and who I will be, but I am here in the present moment; I am the liminal space."

Whitehead speaks of the liminal space as the process of concrescence, because it is an activity of becoming concrete through self-determination.  The process is a verb not a noun.  It is an activity of remembering the past, anticipating the future, feeling the various worlds around us and within us, feeling the presence of multiple possibilities for responding to the world; and, amid the process, selecting from among various possibilities for responding to the objects of our experience.   Much if not most of this is pre-reflective and pre-conscious.

Whitehead speaks of the act of selection as an act of decision: that is, an act of cutting of certain possibilities for responding in the very act of deciding among others.  Imagine a person climbing a mountain by stepping on stones.  At the moment that she steps on one, she cuts off the possibility in that moment of stepping on others.  Whitehead thinks we are always doing this consciously or unconsciously.  We are always deciding.

Whitehead suggests that something like concresence is happening not only in our lives, but also in the lives of other animals, in living cells, and in quantum events within the depths of atoms.  Everywhere in the universe, all the time and without exception, the world itself is being created out of, and by, its liminal moments, including their acts of decision or, to use another word, their self-creativity.

Thus Whitehead offers, as it were, a liminal ontology: a metaphysics of liminality.  Liminal moments -- moments of transition between what was and what will be -- are the building blocks of reality.

Even God, thinks Whitehead, is an ongoing and everlasting act of Liminality, making decisions moment by moment in response to the universe, eternally now, and eternally betwixt and between what has been and what will be.  Imagine God as the Womb of the universe; an encircling presence in whose life all lives unfold.  God, too, feels what is happening as it happens; and God, too, responds moment by moment.

In Whitehead's philosophy every moment of liminality, divine or human, amoebic or atomic, has its mood, its complex subjective form.  The subjective form of a moment of liminality is its emotional response to what is felt.   It may be anger, disgust, fear, happiness, sadness, or surprise, for example.  Or as is more likely,  combination of these emotions, felt in contrast with one another. The contrast may be complementary or contradictory.  We may feel happy and sad at the time, and the two may coalesce.  Or we may feel frightened and surprised, and the pleasure of surprise may be in conflict with the reality of fear as in a horror film.  These emotional responses are partly elicited by the circumsances themselves and partly chosen in the act of decision.  Emotional intelligence lies in recognizing our own feelings and also being sensitive to the feelings of others.

Amid the complexity of liminal moods, two poles emerge: "brisk and lively liminality" and "dark wood liminality."  They can alternatively be called Light Liminality an Shadow Liminality.  Most liminal moods lie somewhere in between these poles.

Brisk and Lively Liminality
​
Brisk and lively liminality is illustrated in Zen Buddhism with its insistence that moment-by-moment liminality, freed from ego, can be lived in a "brisk and lively" way, deeply free and deeply compassionate.  The Recorded Sayings of Lin-Chi, who died in 866 CE., put it this way.

"If you want to freely live or die, go or stay, to take off or put on [your clothes], then right now recognize the man who is listening to my discourse. He is without form, without characteristics, without root, without source, and without any dwelling place, yet is brisk and lively." (Discourse XIV)

The point of this passage and many like it in the Zen tradition is to say that a liminal life can be enjoyable, creative, wise, and, in a certain sense, centered in the here and now.

On the other side of things is the dark wood liminality of, say, Dante, cited by Timothy Carson in his excellent essay: The Liminality Primer.

Midway through life’s journey
I woke to find myself in a darkened wood,
Where the right road was wholly lost and gone.

Many if not most of the blogs in the Liminality Project focus on this more disorienting form of liminal experience: going blind, losing a loved one, losing faith, being in prison, going bankrupt, contracting a disease, dying.  Of course  there are other kinds of liminality, too: falling in love, having a child, getting married, being forgiven, forgiving someone else, being awestruck by a sunset.  These lean toward the brisk and lively variety.  But the focus is on the dark wood side.  In Tim Carson's words:

The experience of liminality is feeling a loss of steady and familiar landmarks, the kind of security that accompanied past structure, even as the future has not yet materialized. With everything in flux angst becomes the predominant mood. Very often action seems fruitless because some transitions cannot be hurried. One has entered an incubation period in which time shifts. The liminal person does not necessarily know that transformation is occurring at the time it is happening. Does a caterpillar have any idea that a metamorphosis is about to take place as it enters the cocoon?

Inclusive Liminality
​
For my part, I think that a person can overemphasize the disorientation of certain kinds of liminal experiences at the expense of recognizing the possibility, and occasional actuality, of brisk and lively liminality.  It seems to me that if we attend to the dynamics of daily life, we find brisk and lively liminality in moments of laughter, artistic creativity, simple chores, meals with family and friends.  Such moments are no less liminal than the disoriented periods in our live.  On the other hand a person can overemphasize the brisk and lively liminality at the expense of being honest about the periods of anxiety and disorientation.  The need for "liminalists" is to recognize the two types and appreciate the various spiritual moods that can accompany them.

The Wheel of Spirituality offered by Mary Ann and Frederic Brussat speaks of 37 moods humans undergo, one of which is what they call "Shadow" spirituality.  My suggestion is that, as we claim our liminality, each in our own way, we recognize that Shadow spirituality is one of many forms, all of which are, a deep and important way "liminal" in that they occur in the betwixt and between of life.  The Brussats offer what I would call holistic liminality. 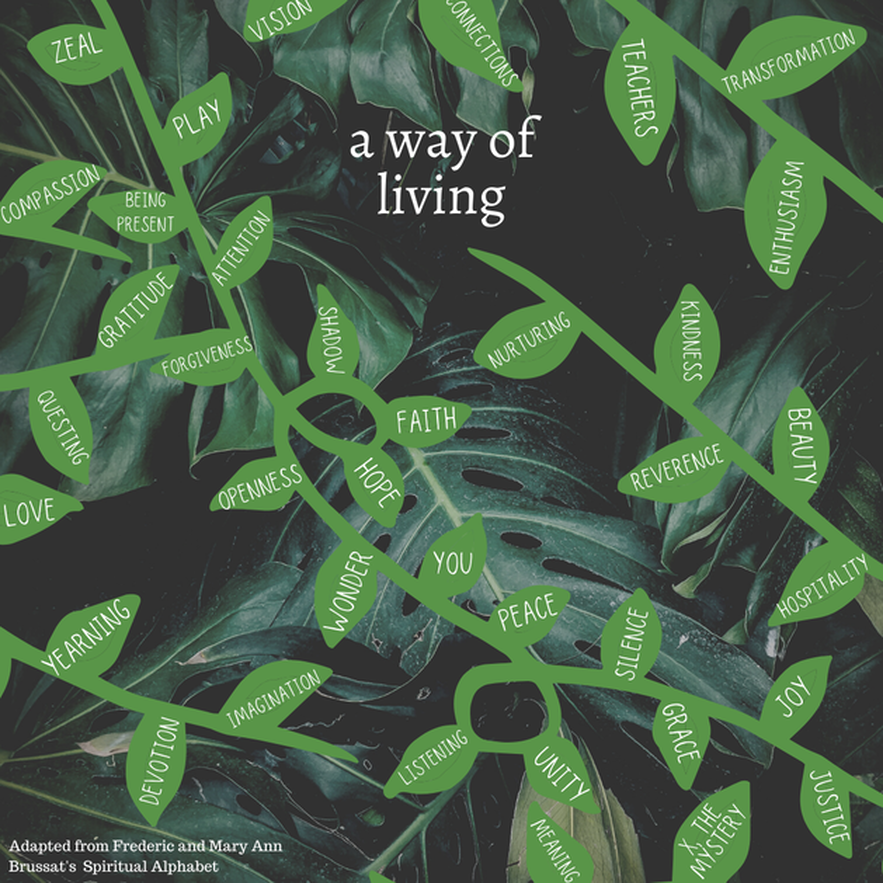 Liminal Inclusivity is the process  of embracing the range of liminal moods -- dark and light, brisk and anxious -- all the while realizing that all of them are part of the "betwixt and between" of ordinary life.  What the Liminality Project makes clear is that encounters with Shadow liminality open the door for, and include, the liminality of Play and Imagination and Transformation and others. Shadow limility is a portal into the many other moods in the spiritual alphabet

From a process perspective, the  liminal life can well include trust in God. This is not trust in a dictator who rules over the world or controls its happenings, but who walks with us in the liminality of our lives, availing us of possibilities for creative response to the situation at hand, in and through any of the 37 moods in the spiritual alphabet, plus more.  Divine liminality -- divine flexibility amid the liminality of our lives and the lives of other living beings, too -- takes the form of grace sufficient to the liminal moment.  Liminal faith is trust in this grace.  It is one of the gifts of liminality.  The grace is not all-powerful, but it is all-renewing and, in this sense, all-liminal.  It is  present even when we don't know it or feel it,  Liminal faith is trust in availability of fresh possibilities in times anxious or carefree, frightening or lively, desperate or delightful.  It is not a state of mind but rather a habit of the heart.  The Liminal Project can help encourage this habit.