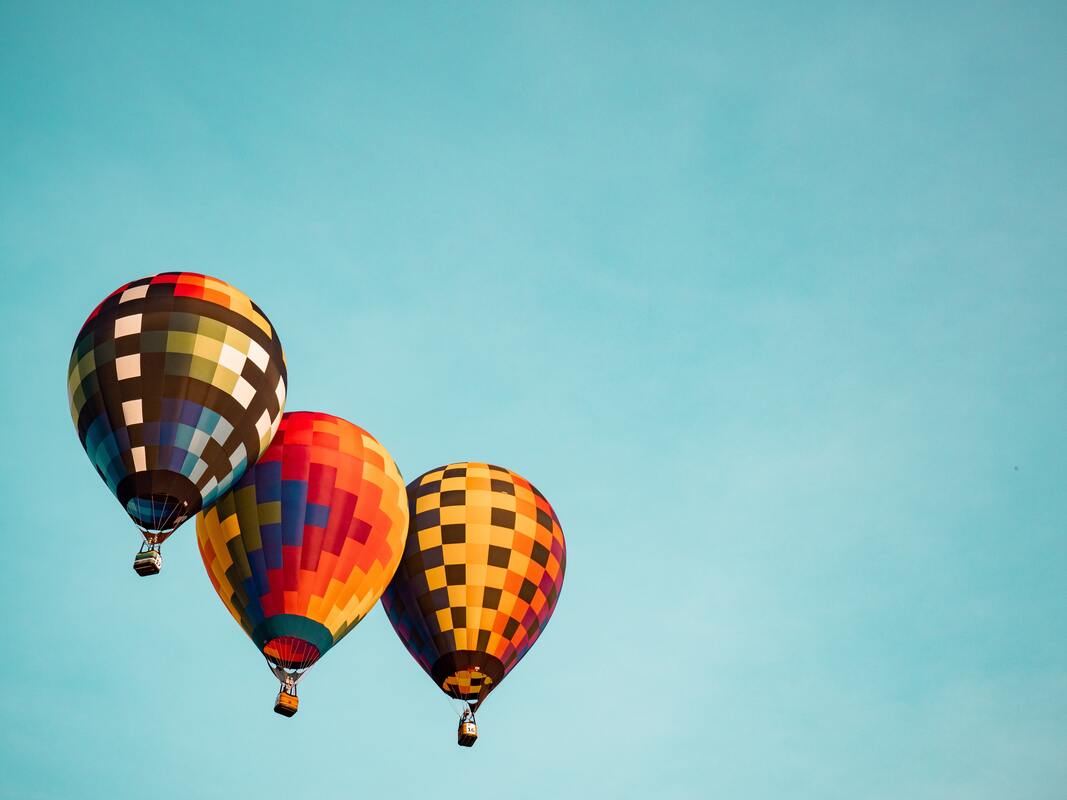 Matthew Segall's Use of an Ellipsis
​to Describe ​Whitehead's Pluralistic,
Indeterminate, Open-Ended Universe
​

The Pluralism Wars Return: Towards a Diplomatic Ontology of Organism by Matthew Segall 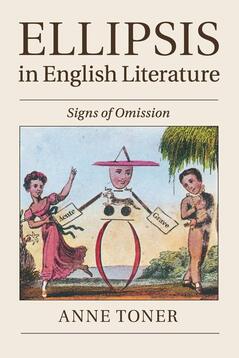 "Anne Toner provides an original account of the history of ellipsis marks - dots, dashes and asterisks - in English literary writing. Highlighting ever-renewing interest in these forms of non-completion in literature, Toner demonstrates how writers have striven to get closer to the hesitancies and interruptions of spoken language, the indeterminacies of thought, and the successive or fragmented nature of experience by means of these textual symbols. While such punctuation marks may seem routine today, this book describes their emergence in early modern drama and examines the relationship between authors, printers and grammarians in advancing or obstructing the standardisation of the marks. Their development is explored through close study of the works of major English writers, including Jonson, Shakespeare, Richardson, Sterne, Meredith and Woolf, along with visual illustrations of their usage. In particular, Toner traces the evolution of ellipsis marks in the novel, a form highly receptive to elliptical punctuation." (Amazon)

Metaphysics of the Ellipsis
​

"...poets use punctuation and extra-linguistic symbols, like asterisks and other section markers...to conjure nonverbal meaning and nonverbal sound." ​

​
So writes NY Times Poetry Editor, Elisa Gabbert, in an essay on punctuation. Click here for the link. I have not quoted her sentence in full; instead, I used two ellipses (three dots) to indicate what I left out. Here's the sentence in full so that you can see what I omitted:
​

In several new books I read over the past year, poets use punctuation and extra- linguistic symbols, like asterisks and other section markers (such a marker may be called an asterism or fleuron or dinkus, depending on its styling), to conjure                     nonverbal meaning and nonverbal sound.

​
I used ellipses the first time around, because worried that readers might get lost in the weeds of context or additional information and not get the basic point: ellipses conjure non-verbal meanings and sounds.​

What are some non-verbal meanings? There are so many, but they include a sense of wonder, of mystery, of incompleteness, of melancholy, of unspeakableness, and a trailing off of thought. The elliptical punctuation functions like a visual image or material object; it conjures the non-verbal meaning or, as Gabbert suggests, the sound. In poetry the sound can be as important as the meaning and, for that matter, part of the meaning. You can hear a breath, a sigh, a pause through the dots, dashes, and asterisks.

​Think of Emily Dickinson's dashes. They can be understood as pauses, breaths, hesitations, invitations for the reader to add meanings, and as evocations of the silent and unutterable.

The Dickinson dash might be read merely as a cue for a pause – a breath – a hesitation. But many understand it to signify more powerfully. “The dash sensitizes the reader’s reactions, activates the responsive reservoirs of the reader,” wrote David Porter back in 1966. It is “a graphic representation in the poem of the presence of the creative impulse, of the spontaneity of the emotional force that went into the composition...Deirdre Fagan, however, counters that that dash – which appears more often than any single word in Dickinson’s poetry – represents “the unutterable” itself. “The dash is silent,” she writes, but “the potency of the dash remains, nonetheless, and becomes, cataclysmically and without words, emotion both expressed and unexpressed.” (John Jay, Associate Professor of English, UNLV, in Dickinson's Dashes)

​Of course the meanings of ellipses are relational. Elliptical punctuation can work only in the context of what is stated, and part of its meaning depends on what the reader brings to the text.

Nevertheless, in its context, the elliptical punctuation is what Whitehead calls "a lure for feeling" in graphic form. Ellipses function by evocation not explication. Whether dots, dashes, or asterisks, their common bond is that something is omitted so that something can be known, felt, or heard that would not be known or felt if it was spelled out.

Philosophers often use ellipses. Indeed, ellipses are especially important in process philosophies and theologies, which include within their content the idea that the universe itself, along with human life, includes indeterminacy. Consider Matthew David Segall's use of an ellipsis in the paragraph below. found in an essay on ontological pluralism. He speaks of his ellipsis as The "..."
​​

Ontological pluralism is not a thesis about the relativity or objectivity of truth. It concerns the truth of relativity–the truth suggested by post-classical physics, systems biology, and post-colonial anthropology–that the universe is full of agencies at all levels (physical, chemical, biological, psychological, …) and is ontologically incomplete/open-ended/processual.

The “…” is important for process-oriented pluralists. It signifies that which cannot finally be signified. Call it “Creativity” if you think that’s less cagey.

​Whereas my ellipses were meant to indicate something I left out but could signify; his ellipsis is meant to conjure something we cannot cannot be finally signified.

​What is The "..." ? As I read his essay, four things come to mind, all of which can be spoken about (which he does) but none of which can be, as were, nailed down with finality, as if the speaker has the final word. They are:


In short, The "..." evokes a feeling of the vastness, the indeterminacy, the plurality, and the creativity of the universe, woven together, and eluding any final signification. His ellipsis is a mark on a page, encouraging us to avoid any hint of dogmatism as we enunciate our own points of view about ultimate realities or, for that matter, about politics and culture. We will never nail things down in a conclusive way, beyond which there are no more questions. There is always more, some of which may well be unsignifiable.

I am reminded of two passages from Whitehead's Process and Reality pertinent to these points. In the first Whitehead speaks of a "depths in the nature of things" that can never be reduced to a finality of statement.
​

There remains the final reflection, how shallow, puny, and imperfect are efforts to        sound the depths in the nature of things. In philosophical discussion, the merest hint    of dogmatic certainty as to finality of statement is an exhibition of folly. (Whitehead, Process and Reality)

​The second speaks to the ultimacy of Creativity itself as capable of characterization only through its embodiments or "accidents."
​

In all philosophic theory there is an ultimate which is actual in virtue of its accidents. It is only then capable of characterization through its accidental embodiments, and apart from these accidents is devoid of [11] actuality. In the philosophy of organism this ultimate is termed ‘creativity’; and God is its primordial, non-temporal accident.* In monistic philosophies, Spinoza's or absolute idealism, this ultimate is God, who is also equivalently termed ‘The Absolute.’ In such monistic schemes, the ultimate is illegitimately allowed a final, ‘eminent’ reality, beyond that ascribed to any of its accidents. In this general position the philosophy of organism seems to approximate more to some strains of Indian, or Chinese, thought, than to western Asiatic, or European, thought. One side makes process ultimate; the other side makes fact ultimate. (Whitehead, Process and Reality)

​Imagine, with Whitehead and Segall, that there really is a creativity that is ultimate, and that even the God of love is but an embodiment of it, albeit primordial. And imagine as well that this ultimate reality cannot itself be characterized or "signified" by any set of words that fully define it. How might we sense it without pretending to contain it? Perhaps we might simply say "..."

It is important to add that the three dots also tell us something about God and all the other event-like actualities in the world. They themselves are acts of concrescence, by which they feel the presence of what is other than them, and "become one" in the act of feeling those others. The others come from their past actual worlds, and it is well nigh possible that those past worlds have an unlimited number of past events that they must take into account. Whitehead leaned in the direction of thinking the universe itself has no temporal beginning.

This would mean that every single entity in the universe - every proton, every star, every planet, every person, every ancestor, every spirit - is an act of gathering into unity an uncountable number of past events, thus becoming its own concrescence of the universe, In the presence of that entity, whatever it is, there is something so complex, so vast, that we ought never pretend it can be nailed down by simple verbal statement. We can but use graphic marks, the ellipsis for example, and say: "They, too, are The "...."  And perhaps the primordial accident of Creativity, God, is likewise The "...."

​It almost leaves you speechless,