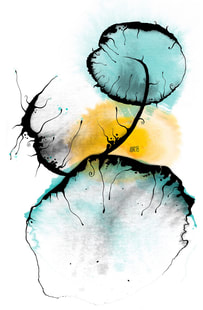 Muslim philosopher, doctoral research fellow at the University of Oslo,
Islam-consultant for the Center for Process Studies, California

Developments in human societies are moving towards greater globalization, and with it follows multiculturalism, where people with more or less different beliefs and views of life are in more intimate interaction with each other than ever before. When physical boundaries are weakened and people come closer to each other emotionally, culturally and intellectually, the possibilities for disagreements on how different issues are to be understood and debated also increase. Disagreements – which do not satisfy certain principles for a meaningful and rational culture of discussion – can quickly degrade to a level where various fallacies such as ad hominem and straw man dominate. In a world of increasing interaction in cyberspace, there is a greater possibility for broader mutual understanding, tolerance and respect; but this same technology also opens the door to greater prejudice, hatefulness and negative "othering."

When the distinction between impartiality and partiality, between person and case is blurred, it then becomes easy to downplay the underlying elements in healthy human interaction: the dignity of the individual and a sober exchange of views—an exchange that is meant to criticize issues or other competing views without being overpowered by negative feelings and a confrontational rhetoric.
If the aim is to protect a meaningful exchange of views against fallacies and a polarized development, it is simply a necessity to reach a consensus on certain fundamental guidelines for a constructive and rational culture of discussion, a set of essential precepts for a civilized debate. In this context, the Norwegian eco-philosopher Arne Næss can be a constructive resource.

The principles of reasonable debate in a nutshell

Arne Næss developed his theory of reasonable debate in his textbook En del elementære logiske emner (English: Some Elementary Logical Topics) (1961). In what follows, a brief and concise presentation of the theory of Næss will be presented:
A common ideal

By incorporating the aforementioned six maxims for healthy and rational debate into our own mind, we can, as responsible citizens of the world, contribute to a more open, dignified and dynamic climate of debate, thus creating a much needed space for fresh insights, perspectives and understandings in the public sphere. In line with Arne Næss` principles of debate, we should emphasize the fundamental ideals of humanism, including tolerance and respect for the individual subject, as an antidote to toxic, irrational and polarizing rhetoric, which is flourishing in social media.
​
The next time we choose to participate in debates, whether physical or on social media, we should take a reflective approach and ask ourselves the following questions, both before and during debate: am I contributing to a more hygienic and sober culture of debate, or do I contribute to lower the standard(s)? Do I want my mode of debate to become a universal norm? In other words, can I accept that other individuals might debate in the same fashion as myself?
Open Horizons