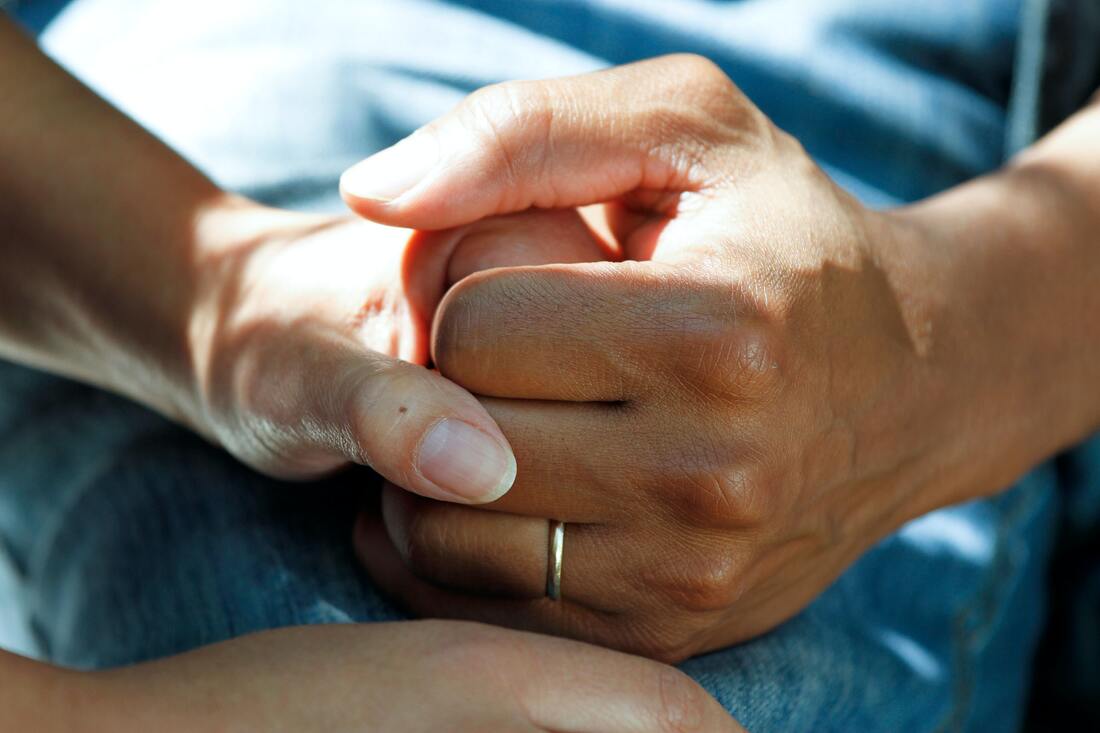 Photo by National Cancer Institute on Unsplash
​Ideally, we would rise to the occasion and transform the adversity into an opportunity for greater happiness. We would use the adversity to deepen our own wisdom and compassion, and transform it into something we can embrace. We would chew it up, swallow, and digest it, and be closer to enlightenment as a result. That's the ideal, as the Tibetans say: transform adversity into spiritual growth.
​
— B. Alan Wallace in Boundless Heart

Yes, some adversity can be transformed into spiritual growth and greater happiness, but there are limits.   Let's not pretend that all of life is the unfolding of a heavenly script known by God.  Or that all things that happen are meant to be because of karma or fate.   No need to sugarcoat the world.   The world offers love and beauty, to be sure, but also sadness and violence.   Some of the sadness and violence are not meant to be.
​
Let's try out instead the idea, advocated by open and relational theologians, that there really is a source of good at work in the universe, all-influential but never in a dominating way, and that the very nature of this God is Love.  Let us acknowledge that just as the God has power, so the world has power.

Sometimes worldly power produces great good: love and beauty, for example.   It is not evil.  But sometimes it produces great tragedy, including terrible suffering for which no instrumental good can compensate.    Witness terrible forms of cancer or Alzheimer's disease.  Witness also murder and rape, genocide and abuse.  The power of the world unfolds as good and evil, love and hatred, peace and violence, justice and injustice, sadness and beauty, tenderness and tragedy.

In light of tragedy, what is the good news?  I think it is threefold:


The point here is that God is not in the business of causing suffering or even knowing it in advance.  The world has its own power and this power includes the power of cancer cells.   God is in the business of offering fresh possibilities for growth, whatever happens, in this life and in whatever continuing journey comes later.   The awakening of my former student and friend, Len Deloney, provides an example of this transformation on earth as it is in heaven.  May we,too, awaken in just the ways he has awakened.

Creative Transformation through a Cancer Ordeal 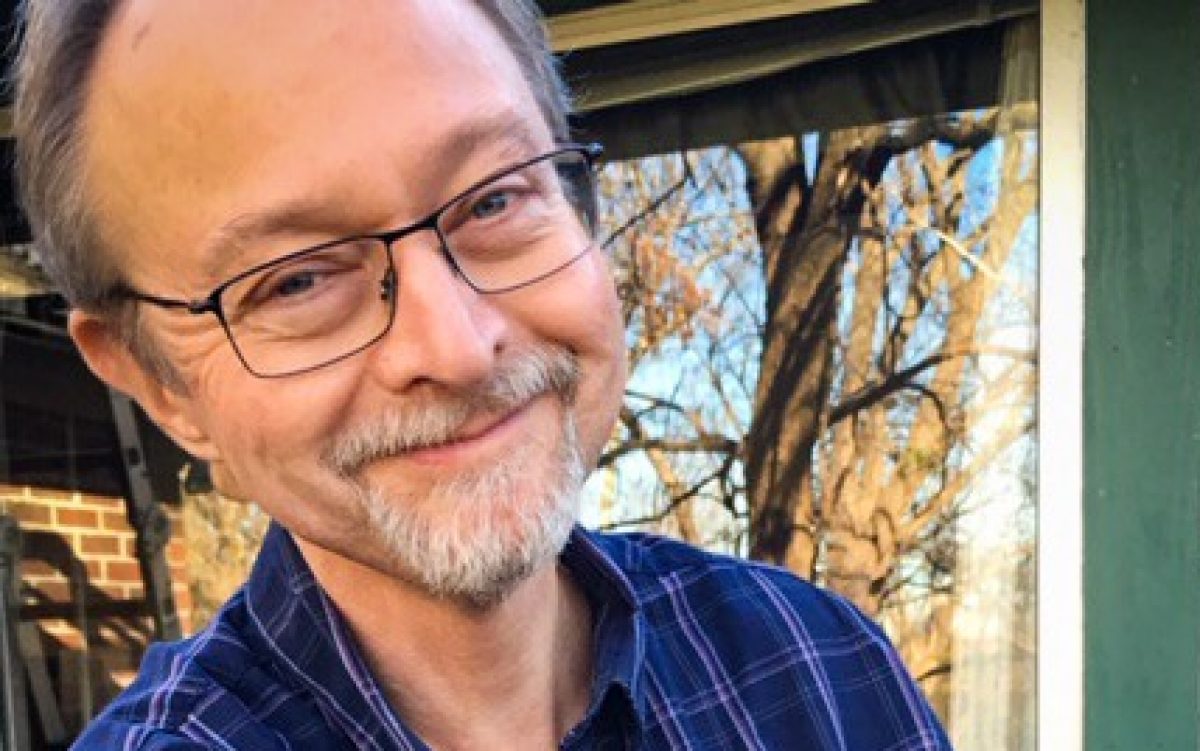 ​Anyone who saw Len Delony sprawled out on the ground that day had to worry. The boy had been going through an awful lot — a cancer ordeal that rendered him frail and homebound — and now, there he lay, as motionless as a corpse. Had he fainted? A neighbor walked over to check.

“Are you OK?” the elderly man asked.

As it turned out, Delony was more than OK. He was in thrall of a life-altering experience.

Too weak to do much else, the boy had plopped down in his backyard, stared up at the cerulean sky and, for the first time in his 13 years, fully taken in the sensory wonders of nature. He savored the sun’s warmth and the luxuriant feel of the grass. He studied the distinctive calls of cardinals, chickadees and mockingbirds in the trees overhead. “I was just soaking up all of the life around me,” he would later say.

On that fecund spring day in 1971 a discovery took root, one that has defined and guided Delony ever since. Impelled by his cancer suffering, the youngster had happened onto something known today as “mindfulness” — a relaxed, meditative awareness of the moment. He referred to it as simply “the power of being present to what is.”

No matter the name, the practice became central to Delony’s healing, helping sustain him through more than five years of treatment at St. Jude Children’s Research Hospital for Hodgkin lymphoma, including a relapse and complications.

It also has driven his career over the decades counseling addicts, cancer patients and people with psychological disorders. As a hospital chaplain and Methodist minister, Delony has led people to pay attention to their breathing and thoughts, helping them tamp down anxiety, summon inner strength and become more open to healing.

Nearly 50 years after that revelatory day in his backyard — the time he says he realized he was “part of something bigger” than himself or his cancer — a 62-year-old Delony continues to explore mindfulness. It’s not lost on him that he was ahead of his time in embracing the practice, even if he didn’t know the name for it.

“Before it was called that…,” he said, “I was experiencing it.”

Ominous discoveryLawson Leonard “Len” Delony III never harbored any particular apprehension about the number 13. He had a favorite fishing lure called Lucky 13 and used it to catch his biggest bass ever.

Within a week, Delony was a patient at St. Jude, located in Memphis, 135 miles east of his hometown of Little Rock, Arkansas. He was diagnosed with Hodgkin lymphoma, a type of cancer originating in white blood cells known as lymphocytes.

Surgery, intense radiation and chemotherapy followed. Decades later, he distinctly recalls how “horrible” one particular chemotherapy drug made him feel. How it took an hour and a half to swallow three pills.

Delony’s weight plummeted from 115 to about 77 pounds, leaving him too weak to go to school.
It seemed a particularly cruel burden for a kid who had been so active, who loved to explore the woods behind his house and who was, as he says, “quite good” at sports.

His dad told him, however, the discovery of the lump on the 13th had been lucky. It allowed for early treatment.

Delony eventually went into remission, only to suffer a relapse two years later, when he was in ninth grade. He endured an even more aggressive chemotherapy regimen. He experienced additional complications throughout high school, first in the form of severe shingles, and later a bout of encephalitis.

He eventually emerged from his medical problems scarred but lucky in many ways. He married his college sweetheart, entered the ministry and, along with wife Rebekah, began raising two daughters.

As he recalled in a blog post, however, his cancer experience was “a rough road at times.”

A calming presenceDelony has earned a memorable nickname through his years of work as a chaplain and minister.
“We call him Zen Len,” said Rhonna Oriti, nursing and unit manager at the Fort Worth hospice house where Delony is a chaplain. “There’s just a peace and a calmness about him.”

Oriti sees Delony as uniquely qualified for the “very chaotic, very emotionally charged” challenge of dealing with the terminally ill and their families in hospice care. “He, with his personal experience, with his battle, is able to really help the patients and the staff on a whole different level …”

Delony drew on his experiences as an adolescent cancer patient while writing his doctor of ministry project, which focused on mindfulness, healing stories and relaxation response. Over the years, he also explored the work of theologians and writers like the late Thomas Merton, a Trappist monk who helped revive the early tradition of contemplative Christianity.

“He was always inviting us to take a contemplative approach to our care, to listen to our own souls so we could be present to allow God to do the healing.”

Delony’s painful experience with a deadly disease left him with an “inner peace” about his own life, said the Rev. Linda McDermott, a longtime friend who is godmother to his daughters. “And I think he tries to bring that to other people.”

McDermott recounts an anecdote that reflects the high regard in which people hold Delony. Her son, then a 17-year-old, was driving one day and grew frustrated by the slow speed of the middle-aged motorist in front of him. When the opportunity finally came to pass the plodding car, the teenager turned and was about to make a hand gesture toward the other driver before realizing it was Delony.

The teen wore a regretful look when he got home. “I feel so bad,” he told his mom. “I just about flipped off Jesus.”

At the Bluebonnet Retreat, a North Texas camp for adults with cancer, Delony, along with teams of specialists, has helped scores of patients cope with their illness.

One woman in particular stands out in his memory. A recovering alcoholic, she suffered from pancreatic cancer and had just weeks to live.

At the retreat, the woman wanted to dance, so she and Delony swayed to the song “Crazy” by Patsy Cline.
A month or so later, Delony was summoned to her hospital room, where she lay near death. The woman’s father told him she might pass away at any moment, but the patient strongly disagreed.

And so they did. A bit awkwardly at first, friends, family and visitors in the room cleared some space. Delony and the patient then danced one last time, with others joining in.

“It was a real sense of celebrating her life,” he recalled.

The episode, if nothing else, illustrated Delony’s inclination to “meet people where they are,” as he calls it, and guide them on their healing process.

“Healing is not making people live longer,” he said. “Healing is in the relationships that people have – with the creator, in a spiritual sense – and with family.”

A lasting legacyA half-century removed from his cancer ordeal, Delony still can trace the scars it left on his skin — the wounds from the surgical incisions, the welts from the shingles.

“The depth of hope, care and compassion here is palpable,” he wrote following a 2018 visit to the hospital. He calls St. Jude the place where his call to the ministry began. “Speaking as an alumnus who started my journey here over 45 years ago, this place is Holy Ground.”

As Delony sees it, gratitude is a vitally important path to healing, a way for the mind to, in computer language, “do a reboot, sort of start fresh in situations.”

He’s encouraged by the wide acceptance now given to mindfulness. Delony describes his conversion to mindfulness as “a single moment and an ongoing discovery.”
​
And it all began when a sickly youngster sank down in the grass and looked anew at the world around him.
Open Horizons