Turtles and Whales:
What the World Reveals

On a family vacation to Hawaii, I joined my twins, Shira and Jacob, snorkeling by a coral reef. Beautiful coral undulated like ocean flowers, with buzzing bees replaced by fish of astonishing colors and variety. Putting my ears under water, i could hear the clicking of the coral, a sound imperceptible if you don't actively attend for it, but once it becomes the subject of your focus, almost deafening. So much of creation only reveals as a response to the gift of intention: what Buddhists call "mindfulness" and Jews call "kavanah" in Hebrew.

Like a grand symphony, the swirl of sea and fish and coral creates a world of its own, one that we can visit for brief moments of awe and expansive joy. Floating on the periphery of such alien beauty, we are invited to transcend ourselves. to join the choir. Watching my children's delight in the water forced me to note the invisible line that exists in my consciousness but not in the sea: from my conventional perspective, we were experiencing nature. But, of course, we ourselves are part of nature. Reaching beyond our usual range, we think we are in strange territory, but we are really where we always are: at home in something larger and more encompassing than ourselves. We nestle in the cleft as the divine passes before us. No frontal view, we are able to catch only passing glimpses.

The highlight of that day's swim was unexpected, as revelation always is: in an instant, a large, green sea turtle swam from our right into our field of vision. With unperturbed grace, it swam directly past us before continuing out into the depths.

We knew ourselves to be recipients of a great gift, as some grand cosmic name had been whispered in our ears. The meeting felt magical, reminding us that we live in a world of enchantment, one so richly given that we need no imposed construct of Supernatural to marvel in a world that is — in Sallie McFague's fetching formulation — super, natural! Or, in the ancient formulation of our father Jacob, "God was in this place and I, I did not know it!"

That turtle left us in a moment, but remains with us in expanded vision, in an offer of mute belonging and open possibility. We swim on with her into the beckoning blue.
​
My son and I took advantage of a beautiful afternoon to go on a whale watching expedition in Maalea Bay. For Jacob and for me, being on the water is a place of wonder and a joy that transcends words. We  were joyous from the start. About a half hour into our voyage, we encountered a group of three humpback whales: a mother, her new calf, and an escort. The calf must have been the size of a school bus. Giddy with delight at being here, that little whale threw itself entirely out of the water, landing with an enormous splash on its patient mother's back. Not once, not twice, but repeatedly, our little brother/sister kept breaching the water with all its might, a giddy celebration of being alive that enlisted every fiber of its being. It simply had to soar. And the joy was infectious. We all laughed as the whale leaped.

My first thought while reflecting that I was witnessing a spectacle few human eyes get to see, was that I was standing on the shore of an alien world. But I realized that my son Jacob also dances his excitement, his autistic surges of energy won't let him sedate his delight into a civil smile, he leaps and squeals his happiness, and he too is part of that same creation, as are we all. You don't have to be autistic to dance and cavort. This was not an encounter between the civilized and the natural (as I am trained by western culture to think), this meeting was that of one aspect of creation dancing the presence of another, of nature's joyous excess inviting us to the dance. We all shared that whale's delight that afternoon. We all swayed acceptance of the whale's invitation.

Why does it feel like revelation when creation graces us with a glimpse, a moment of connection, a glance? When the partitions of convention, of routine, of predictability part, we are gifted a deeper belonging, a beckoning fraternity, a reminder that we are not alone. You are here. You are us. Let's dance.

I believe that the divine is not separate from creation, looking down on us from the outside, immutable and incomparable. Rather, I see divinity wherever I look. The Hebrew prophets speak of mountains that leap like lambs, of trees clapping in exultation, of moon and stars glad to do the bidding of their maker. Like those Biblical visions, I too see creation everywhere and ongoing, permeated with the creator whose engagement is continuous, everywhere, and wondrous. We - like the rest of creation - are marinating in the divine, and we - like our brother and sister creatures - are momentary expressions of a creativity that links us in relationship without end: each to each, each to all, each and all to the One.

Little brother turtle flaps its peace. Little sister whale leaps its joy. And I? I feel blessed to receive the gift of their revelations: a little more peace, a lot more joy.  When nature gestures, respond. When creation beckons, join in. 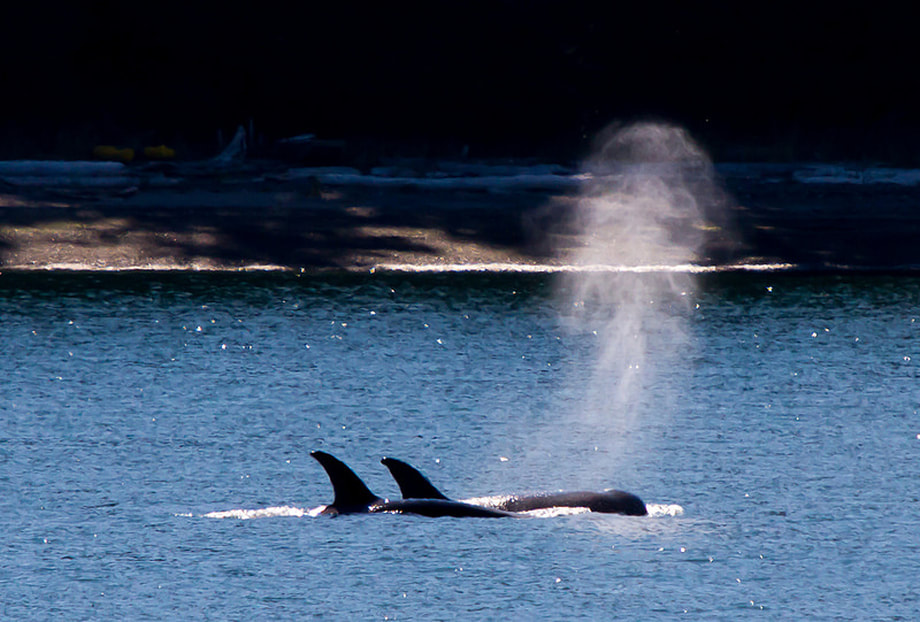