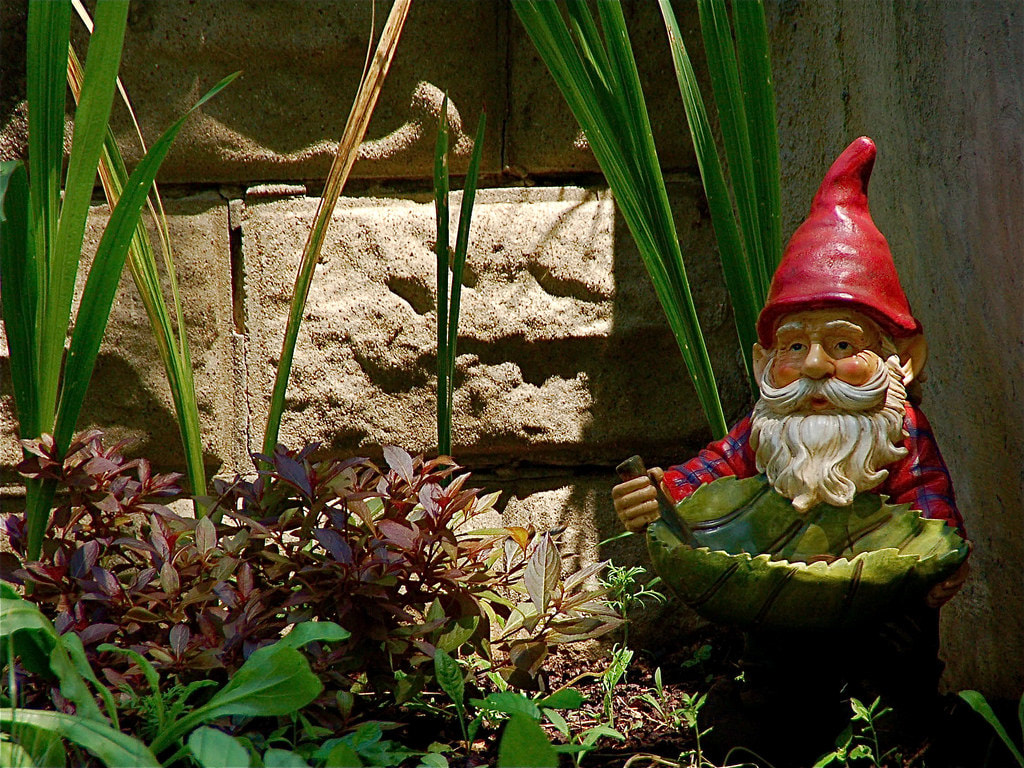 Under the Red Hats:
White Rage, Outrage, and the Quest for Empathy

Patricia Adams Farmer and Ronald L. Farmer
The shock, disbelief, and revulsion of seeing half our country gleefully supporting, and now electing to the presidency, a man who has spent the last year and a half spewing racist, misogynist, homophobic, Islamophobic, and jingoistic rhetoric should not completely surprise us.  Some predicted it, but we had hoped for something better.  We trusted that America’s “better angels” would prevail.  But they didn’t.

Like many of you, we are mourning, we are outraged. And yes, we are afraid.

We do believe that even the worst events in life can be creatively transformed, but as progressive Christians and process theologians, we do not hold that everything “happens for a reason” or that it must be “God’s will.”  We believe the election of Donald Trump is nothing less than a catastrophe for our country, our world, and our planet—that goodness itself has been crucified by the will of the people.

But many of our evangelical friends have quite a different reaction.  According to Christianity Today, exit polls indicate that "81% of white evangelicals" voted for Trump.  In other words, by their vote, they have chosen—unfathomably—to align themselves with the KKK rather than MLK.  On the Catholic front, despite a progressive pope who warns of climate change and the need to protect the vulnerable and promote social justice, "52% of America Catholics" voted against the enlarging values of the Pope, choosing rather the small-and-mean-spirited worldview inside Trumpland.  And yet with all this conservative Christian fervor surrounding Trump, ironically, as Kate Shellnutte correctly observed, Trump “is the first president in over 30 years not to conclude his [victory] speech with ‘God bless America.’”

To be honest, our first instinct is to be repelled by anyone who voted for Trump.  I (Patricia) confess that my first reaction upon coming upon a male Trump supporter in a red hat is to back away with a sense of great revulsion.  My brain says something like:  “You’re one of them.  You believe sexual assault is no big deal.  You think it’s okay to treat women like dirt.  You repulse me to the core.  I am afraid of you.”  But I can’t stay in this reactionary place of fear and loathing.  I take a breath, gather myself, shrug off the initial revulsion, and look more closely at the man under the red hat.

We have to ask: Why?  Many (perhaps the majority?) of Trump followers are not racists or misogynists—they wince at his words—but still, they support him. How could these otherwise nice people do something as reckless as vote for a man who is more like a spoiled fifteen-year-old?  Why are they willing to overlook monstrous behavior that incites violence and hatred?  It is shocking, and something worth our efforts to understand.

After our outrage and disgust is fully felt and cared for, and we come to accept the reality that Trump is now our president elect, we can then begin to “go wide” and stretch our souls in search of understanding--not only to mend relationships, but so this never happens again.  The act of soul-stretching means that, as uncomfortable as it may be, empathy is the only path to avoid all-out war with the other side.  This is part of the work of Fat Soul International, to find paths to compassion so that we can build larger lives and more just societies that value diversity, kindness, beauty, and care for our ailing planet.  We have to work on two fronts:  our own moral convictions and resistance on the one hand, and empathy toward those who live in an entirely different worldview on the other.
​
But we don’t think the task of soul-stretching is easy.  A sense of outrage and fear--and even disgust--is a valid response.  Like many of you, we find it hard get past the fact that people are willing to tolerate Trump’s incivility and crudeness—even to the point of the mocking of the disabled—his misogyny, bigotry, and denial of climate-change—things we consider evil and self-destructive.  Yes, it’s tough to get past all that ugliness to find hurting, struggling human beings underneath those red hats.  But it's what Jesus would do.  Empathy is not a warm and fuzzy kitten.  It’s the hardest work of all.

Under the Red Hat

We of the progressive mindset—religious and as well as secular—are now fully aware that we have been living in a bubble of denial about Trump.  But filmmaker Michael Moore knew better.  He predicted Trump’s triumph months ago and gave us cogent reasons why, the first being “the Rust Belt Brexit”:  "From Green Bay to Pittsburgh, this, my friends, is the middle of England--broken, depressed, struggling, the smokestacks strewn across the countryside with the carcass of what we use to call the Middle Class."

We believe that “white rage,” accounting for Trump’s election, is triggered in large part from this harsh economic reality Moore describes, a reality which obscures and distorts everything else.  When a person is seething with resentment over feeling left behind, the threat to survival screams out in the most primal, crude voice, “What about ME?”  As resentment builds, morals are discarded, one’s better angels flee, and the finer feelings of humanity are nowhere to be found.

The feeling of being left behind economically goes deep until one feels discarded, de-valued, like trash.  Michael Moore is right about this diagnosis.  When it gets to this point, why not throw a Molotov cocktail (Trump) into the system?

Since the dawn of psychoanalysis, many have believed that we have in our unconscious a primal “reservoir of rage” that usually doesn’t give us much trouble.  But when something triggers that rage—like the loss of a long-time job to strangers abroad—the rage threatens to overflow into consciousness, which would be unbearably painful.  The rising reservoir of rage stirs up that deep, shadowy sense of inferiority and shame that resides in all of us.  It boils up.  And unless it is faced and channeled in a transforming way, scapegoating begins.  Because this feeling of threat to one’s very survival comes from a primal part of the brain, one begins, quite irrationally, to blame others—the “Other”:  “the Mexicans,” “the Jews,” “the gays,” “the Muslims,” “the African-Americans,” etc.  It is no wonder that in Germany, the once-tiny Nazi party picked up steam during the Great Depression and, much to the shock and revulsion of the world, took control and destroyed everything and everyone in its path.

It's the Economy, Stupid.

Remember this line from another presidential election?  George H.W. Bush vs. Bill Clinton.  This lack of awareness gave Clinton the edge in that election.  We feel that, in the current election, Bernie Sanders understood better than anyone the rage that comes from injustice—and only Bernie Sanders had a solution that went beyond blame, scapegoating, and hateful rhetoric.

We know, firsthand, that what Bernie Sanders proposed actually works.

We lived for five years in the Democratic Socialist country of Ecuador.  Once Ecuadorians were able get out from under the oppressive hand of “El Norte’s” unfettered capitalism, they chose “Happiness Economics,” where greed is not good, where quality of life matters, and where no one is left behind.  Ecuador is not perfect—not at all—as it faces many challenges when it comes to overcoming historically ingrained corruption.  The country still has a long way to go, but the population is happy—not the richest, but definitely the happiest people we have ever encountered!  They enjoy a good and improving infrastructure, free health care, a social security system, and—most impressive to us—they have a deep feeling of connection to each other and to the planet (Ecuador is the first country to give Constitutional rights to nature).

We know that the US system would have to be quite different from Ecuador’s, as we are a completely different culture, but we feel Bernie Sanders has the vision that can inspire, and we hope his Millennial followers will soon resurrect that inspired enthusiasm and begin to build fresh visions of sustainable communities for their future—communities that process theologian Jay McDaniel envisions as “creative, compassionate, participatory, and ecologically wise, with no one left behind.”

We believe that if we, as progressives, can let ourselves understand--and even feel--the pain of Trump enthusiasts who have felt left behind, we might find common ground in working toward economic justice, even if coming at the problem from radically differing perspectives.  We can rally around social justice in all forms, never forgetting the foundational importance of economic justice.

Rather than existing in a self-destructive stalemate of an Us-vs-Them culture, we can—without compromising our values—find some common ground in a mutual quest for economic justice.  This is not just pie-in-the-sky from idealistic thinkers, but an urgent necessity.

With climate change bearing down on us and climate-change deniers now in charge, our life on this planet depends on our ability to widen out and meet the Other with compassion, even while we work towards a more just and sustainable world.  It is an ongoing struggle in which we all need to be engaged:  we need to protest; we need to persevere; we need to see ourselves as part of something bigger than ourselves.  As Hillary Clinton—inspired by her deep Methodist faith—said in her moving concession speech:  “Never stop believing that fighting for what's right is worth it. . . It is—it is worth it.”

May we dare to transcend our revulsion with a little soul-stretching compassion as set forth in the “Fat Soul Manifesto.”  Join the many like-minded people at the Fat Soul Café on Facebook for an ongoing interfaith dialogue.  Join us in the widening!
​
Open Horizons