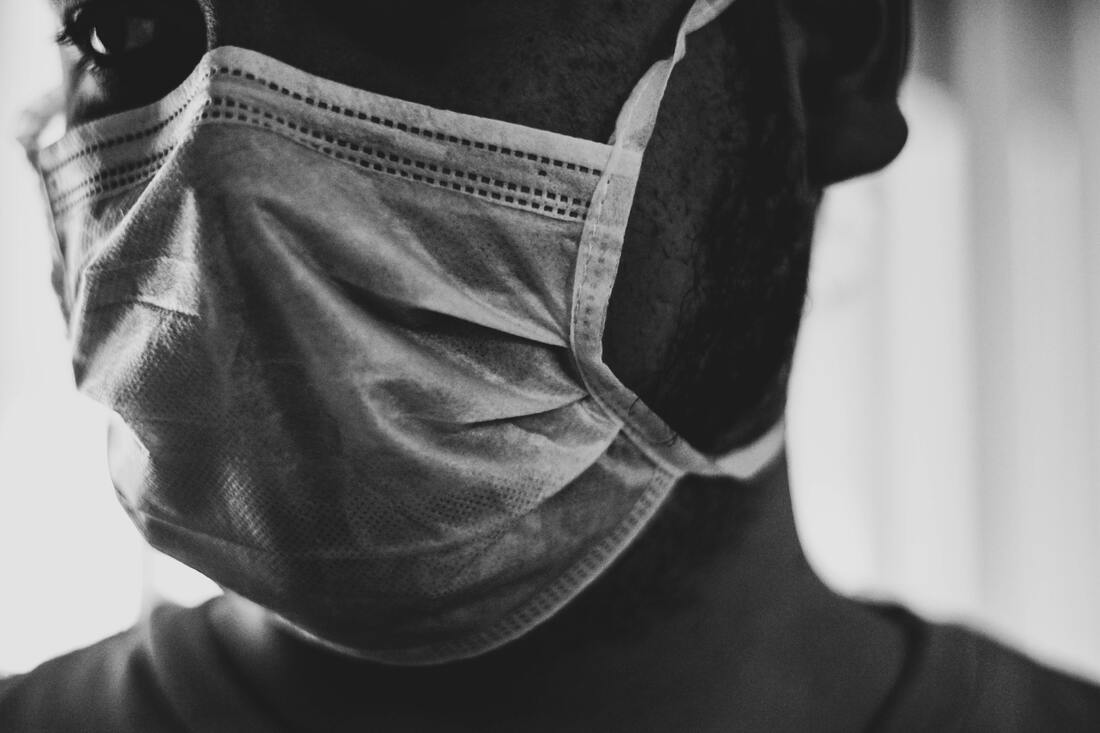 Was all this meant to be, including Covid-19?  Are we born predestined in life?  What lessons should we learn from the pandemic?
​

Speaking from a process-existentialist perspective, influenced by the philosophy of Muhammad Iqbal, we are not born predestined in life.

The future is an open possibility. That is, the future becomes 'actual' when actualized through the decisions of human beings and other actual entities. The word 'decision' refers to the activity on the part of a given entity of responding to what influences it in the situation at hand. This response involves cutting off certain possibilities for responding while at the same time actualizing others. While the influences from the past may determine much of what is decided, there always remains an element of spontaneity and self-creativity which in human life we call freedom. In the inorganic world, this spontaneity is seen in the indeterminacy of events at the submicroscopic level: the quantum level.

In the organic world (living cells, other animals), this spontaneity is seen in the ways they respond to their environments while seeking to survive with satisfaction in the immediacy of the moment. Decision is the very essence of actuality, human or more-than-human.

It is also the essence of God's actuality. This means that for God at any given moment in human history, the future is open. That is, it is filled with possibilities which God knows, but not yet filled with the outcomes of our self-determing decisions, because we have not yet made them. God's calling us presupposes the idea that we may, or may not, respond to the calling.

This emphasis on divine calling rebuffs the idea that God has pre-planned the world and the lives of human beings and other living beings down to each detail, while at the same time honoring the obvious order of the universe. On the one hand, God did choose to call a universe into existence that has order and we human beings are born into it. The order includes the chemistry of the universe, as instantiated among other places in our bodies and also the most general laws of the universe: the laws of gravity and electromagnetism.

We are born into an order we did not ourselves choose (the notion of thrown-ness). We could not be or become without this order. And yet we find ourselves free amid this given order (the power of transcendence). A recognition of order or facticity itself must be balanced by a recognition of freedom (transcendence). All of these reflections are pregnant with the creative assurance that the world is not something to be merely seen, but something to be made and re-made by perpetual action.

The fact that the future is truly an open possibility denotes that there is no assurance that human beings will avoid all those means now becoming available to them to destroy themselves. The danger and destruction is real, and an attitude of confidence that God will prevent the worst horrors is irresponsible. God is not another actor alongside the human agents. God acts only in them and through them. In other words, there is both Divine grace and human responsibility.

That which has never been may yet be. What has been until now does not exhaust the realm of pure potentiality, and because of God, some of these unactualised possibilities act as lures for their embodiment. That is, God offers to us possibilities to transcend our facticity, to see all things differently, to imagine what has never yet been dreamed. God works to open others to respond to the new visions and to actualise them in concrete ways. God urges, lures, and persuades. Human beings decide, perpetually moving toward the future filled with possibilities of greater beauty and authenticity and/or inauthenticity and destruction.

Furthermore, precisely in what way the novel global challenges and issues ought to be tackled, is hard to say other than that every topical challenge ought to be addressed with an acute awareness that we are inalienably free and responsible for our choices and actions individually and collectively; that the future is not sealed; that we exist in a world of interconnectedness; and that the dignity and freedom of others – both human and non-human species of life – ought to be fully respected. We are, to use an existentialist phrase, condemned to freedom. “Thrown” - to use a dramatic word - into unending freedom due to the very fact that we are ambiguous, indeterminate beings existing in a constant creative march into novelty, i.e. a constant flight away from the past toward an open future. Humans are always beyond themselves fleeing toward an open future of novel possibilities, aiming at completion without any lack. Thus, we cannot not escape the burden of existential freedom and responsibility, of having to create our futures and ourselves by choosing between various possibilities.

The current COVID-19 pandemic clearly shows us the reality of our existential proximity. That is, we are inevitably interconnected and contribute in the constitution of each other`s existence. To deny the fact of human interdependenc, to say that as humans we are islands unto ourselves and that our actions have no cumulative implications for other people and non-human communities of life, is to live in "bad faith".

Bad faith consists of strategies we develop to hinder and hamper our capacities for and possibilities of freedom and responsibilities in the world. For instance, to hide behind the screen of determinism or theological fatalism (humans are pre-programmed and that our "fate" is sealed by an omnipotent and omniscient metaphysical entity), or that the importance of an ecological attitude is not important to recognize, is to lapse into bad faith. It is to avoid the burden of being an indeterminate, ambiguous and responsible agent, perpetually moving toward a not-yet future. It is to succumb, to use a Heideggerian term, to the “Das Man”. Das Man (“The They”) can be understood as the force of conventional thinking inherited from the past as it influences (but need not entirely determine) the responsible subject, which that agent must resist in order to respond to the call of authenticity.

In one of Muhammad Iqbal`s poems, he fleshes out his ideal world, which is coined Marghdeen, thus: “The city of Marghdeen is a magnificent place with tall buildings. Its people are beautiful, selfless and simple; they speak a language that sounds melodious to the ears. They are not after material goods; rather they are the guardians of knowledge and derive wealth from their sound judgement. The sole purpose of knowledge and skill in that world is to help improve life. Currency is unknown, and temperaments are not governed by machines that blacken the sky with their smoke. Farmers are hardworking and contented – there are no landlords to plunder their harvest, and the tillers of the land enjoy the entire fruit of their labor. Learning and wisdom do not flourish on deceit and hence there is neither army, nor law keepers are needed, because there is no crime in Marghdeen. The marketplace is free from lies and the heartrending cries of the beggars.”
​
This might sound like utopia. However, the underlying spirit of Iqbal`s ideal world can be encapsulated in what we can call ecological civilizations. That is, an ethical life emphasizing respect and care for other people and the broader community of life by recognizing their intrinsic worth and freedom to pursue an open future, in which justice is fidelity to the bonds of relationship. This call toward authenticity is immensely significant in a troubled age such as our own, where we might otherwise fall into despair at how we, as species with significant power of freedom and thus power of genuine evil and love, treat one another and the more than human world. Ecological civilizations that are just and free, creative, compassionate, participatory, ecologically wise, hospitable, humane to animals and existentially satisfying, are the building blocks of humanity`s best and perhaps only hope for a sustainable existence; a future which we can gladly embrace rather than flee in despair and bad faith.