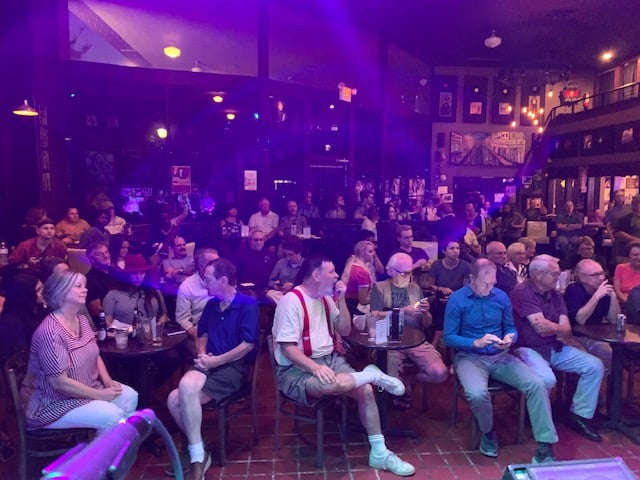 ​
​
The Preciousness of Religion
for Wisdom-Seeking Atheists


I know that atheists will study religion as a cultural artifact.  Or as a form of superstitious self-deception.  Or as a social activity that helps explain world affairs.  Or as an evolutionary strategy for survival.  Or simply as an interesting eruption of brain chemistry, like scientific thinking and atheism itself -- somehow "explainable" in terms of the laws of physics and chemistry.  But might they also study it as a source of wisdom?  Rabbi Bradley Artson thinks so, and I do, too.  I hope you will listen to his talk below.

As I write this, I well remember a panel discussion a week ago called "The Science of Religion."  It was held a a live music venue in Conway, Arkansas, called Kings.  I was a panelist along with three others.  One panelist was, by his own self-definition, a "secular humanist."   He seemed to believe that religion is primarily superstition to be replaced by science as a reliable source of decision-making.