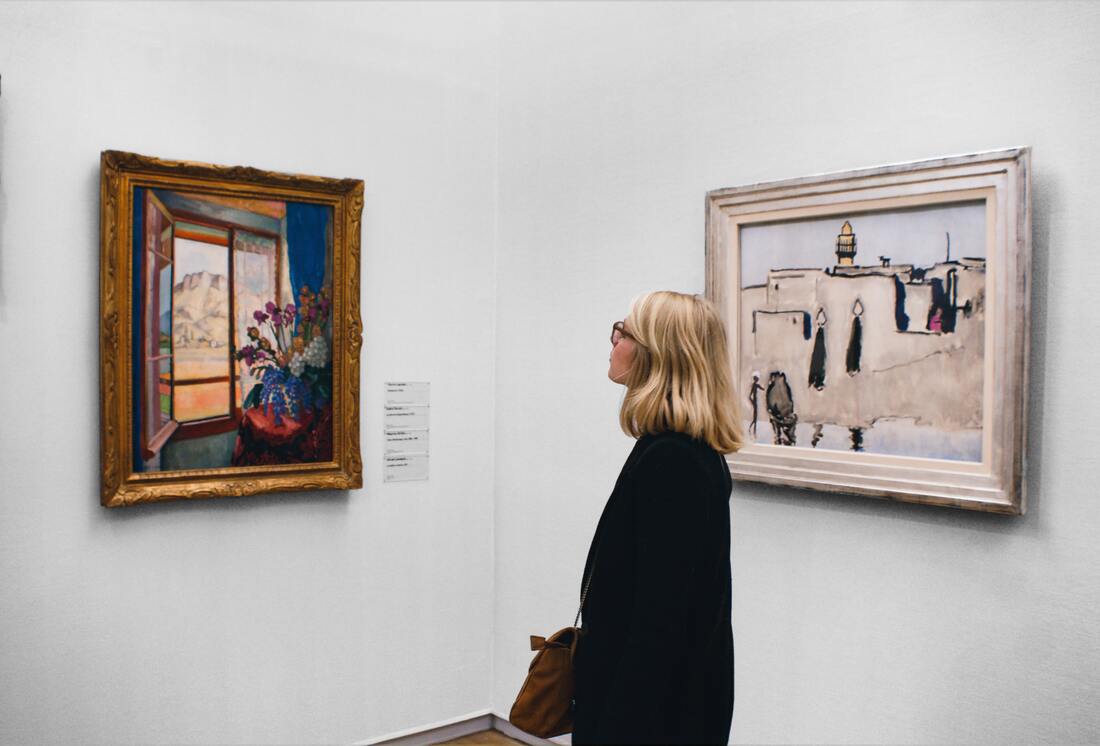 Photo by Pauline Loroy on Unsplash

What is Religious about this Painting?

'One of the interesting things to do the next time you visit a great gallery is to ask yourself as you move from painting to painting, "What is religious about this painting?" I think you are likely to find three types of religious paintings.

​The first will be the painting that is specifically religious in its subject matter. It may be a painting on a biblical theme. It may be a painting that is easily identifiable by the subject matter, by the theme itself, as clearly "religious." The question one has to ask on contemplating a painting of that specifically religious subject matter is this: "In looking at that painting and thinking deeply about it, is there something happening to me that makes me a different person for having participated in that art experience?" Thinking deeply about Rembrandt van Rijn's etching, "The Return of the Prodigal Son," one sees specifically religious subject matter, an identifiable theme, and a story that is well known. But what is different in this experience? With enormous economy of line and with great care for the power of the human form, Rembrandt tells the story of the Prodigal in ways that we have never heard it or seen it before. The entire force of the story is made visual by the contemplation of the hands of the father on the shoulders of the son and the feet of the son as he kneels before his father. The economy of line and the economy of the parable itself are fully described in the form of hands and feet in the act of forgiveness and supplication.

A second type of religious painting would be a painting of non-religious subject matter, but a painting that moves the viewer deeply to contemplate the human situation for one's own need of help from beyond human resources. An example of this type of painting might be one of the famous clowns of Georges Rouault, the recent contemporary French painter. Rouault saw in the clown the expression of the essential loneliness of the human spirit. Painted smiles and gay exterior costumes hide the poor Pierrot, the sad clown, the unhappy ego, that otherwise is attired in gaiety. This is a painting of non-religious subject matter, but the intention of the artist is to draw us out of ourselves, to require us by contemplating the painting to ask a religious question, "Who am I?"

A third type of painting that you will encounter in a museum is a painting that is devoid of all subject matter as we normally understand it. This is a so-called "abstract" or non-representational painting from the schools of modern painting that thrived at the beginning of this century and into the present time. These paintings are enormously decorative, are often large (especially those from the so-called New York School), and frequently represent dissonant and jarring geometric and optical patterns—patterns that startle the viewer and force either contemplation or rejection. In a very profound sense, these paintings break us open to the religious questions of our time. Is the artist helping us to understand the ways in which our society has, in fact, lost the personal dimension? Are we, as suggested by the paintings of Jackson Pollock, simply random events in a world of random and meaningless events? Sometimes these paintings express the discontinuity of modern religious experience, the loneliness in a world that knows no limits and that overwhelms our ability to speak meaningfully of its shapes and forms. The artists_ paintings express that formlessness and shapelessness.

One must not expect the artist always to be "religious." Religious themes may be handled irreligiously, and non-religious themes may e profoundly religious in their intention. What is exciting about religion in art as expressed in painting is the endless evocation of profound human feelings and the interaction of those feelings with great religious symbols and themes."

Except from "On Being Alive to the Arts and Religion: Painting"
F. Thomas Trotter *

One is that we live in a multi-religious world, with at least seventeen paths of faith, according to the Harvard Pluralism Project, and that paintings can have explicitly religious themes that come from many different religious traditions: Afro-Caribbean, Bahai, Buddhist, Christian, Confucian, Daoist, Hindu, Jewish, Muslim, First Nations, Sikh, Shinto, Zoroastrian, and more. If the subject matter of a given painting is from one of these traditions, it is an example of the first type. It need not be Christian. The second is to recognize that that ostensibly non-religious paintings - that is, paintings that are not about recognizably religious themes - can evoke kinds of religious experiences that include, but are more than, "a need for help beyond human resources."

What are those religious experiences? I suggest that the spiritual alphabet offered by Spirituality and Practice, as used by the Cobb Institute's slideshow below, offers a helpful rubric for thinking about religious experience in a more variegated and inclusive way. Here is the alphabet.

My suggestion, then, is that if a painting without obviously religious subject matter, whether representational or abstract, evokes any of these sensibilities, it is religious in the experiential sense, without being religious in a more formal sense.

We best recognize that the very word religion has many meanings and that they (the meanings) are evolving. The word cannot be fixed by a single definition.  A process-relational understanding of religion can include the idea that religion is experiential, and that it pertains to qualities of heart and mind that add richness to human life. These qualities of heart and mind may or may not be connected with one of the world's many religions, and they may or may not pertain to God. Still they are religious, or at least spiritual, in that they are forms of richness of experience, or experiential aliveness, which is so important to human life.

Bottom line? Go to the art gallery with an open mind and be ready to approach all the art you see as religious, even if it is not religious.

The Cobb Institute: Alive to the Arts
​

“Great art is more than a transient refreshment. It is something which adds to the permanent richness of the soul's self-attainment. It justifies itself both by its immediate enjoyment, and also by its discipline of the inmost being. Its discipline is not distinct from enjoyment but by reason of it. It transforms the soul into the permanent realization of values extending beyond its former self." 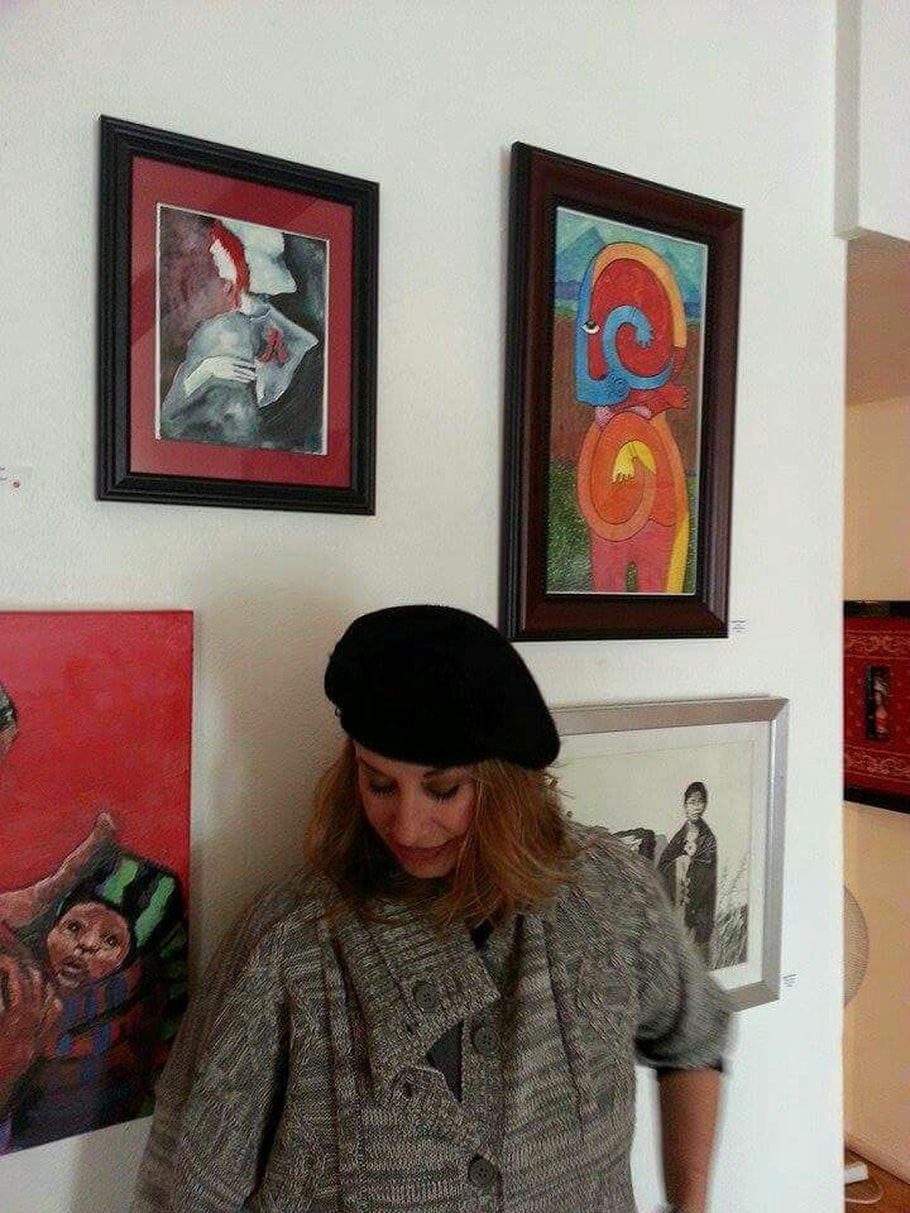