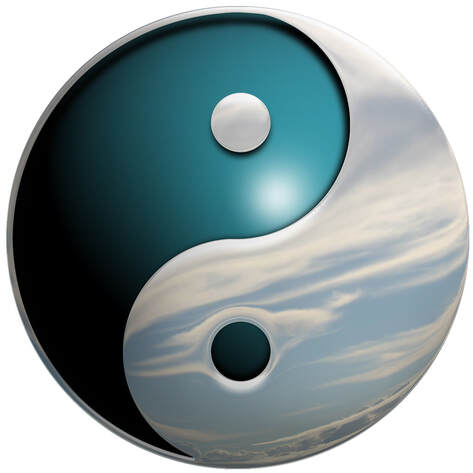 What is the Number Two?

When the number Two functions in human life, it can have positive and negative effects. It can lead to both-and thinking and to us-versus-them thinking. It can be an essential part of infant psychology and contribute to false dichotomies. It can lead to the beauty of algorithms and to the illusion that all things (gender, for example) must be understood in terms of binaries. It seems to play a role in the universe itself, exemplified in mitosis (the splitting of a cell into two cells) and the up-or-down spin of electrons.

I am told that Two cannot exist without all the other numbers. It has a relational essence. I'm sure this is true. But what is that essence? What is Twoness?

And how long does the essence last. Can Two perish and become another number or lapse into complete non-existence? Can we imagine a world in which One exists and Three exists, but Two is skipped?

Maybe Two an illusion and everything is really One? Or Zero? Or Three? Or absolute Nothingness?

This page is an invitation to think about the number Two, arriving at your own conclusions. I offer the suggestion that Two is a timeless potential in the mind of God, co-eternal with God, and that it becomes an archetype in the human imagination when ingressed in the collective unconscious of the unfolding universe. It is one of many archetypes, powerful in its own two-ish way. We cannot live without Two and we cannot live with Two alone.

But who knows? In the spiritual alphabet of humanity, "I" is for imagination and "W" is for wonder. Please wonder.

Twoness as the Binary Code
of an Infant's Mind
​

The Invention of Numbers 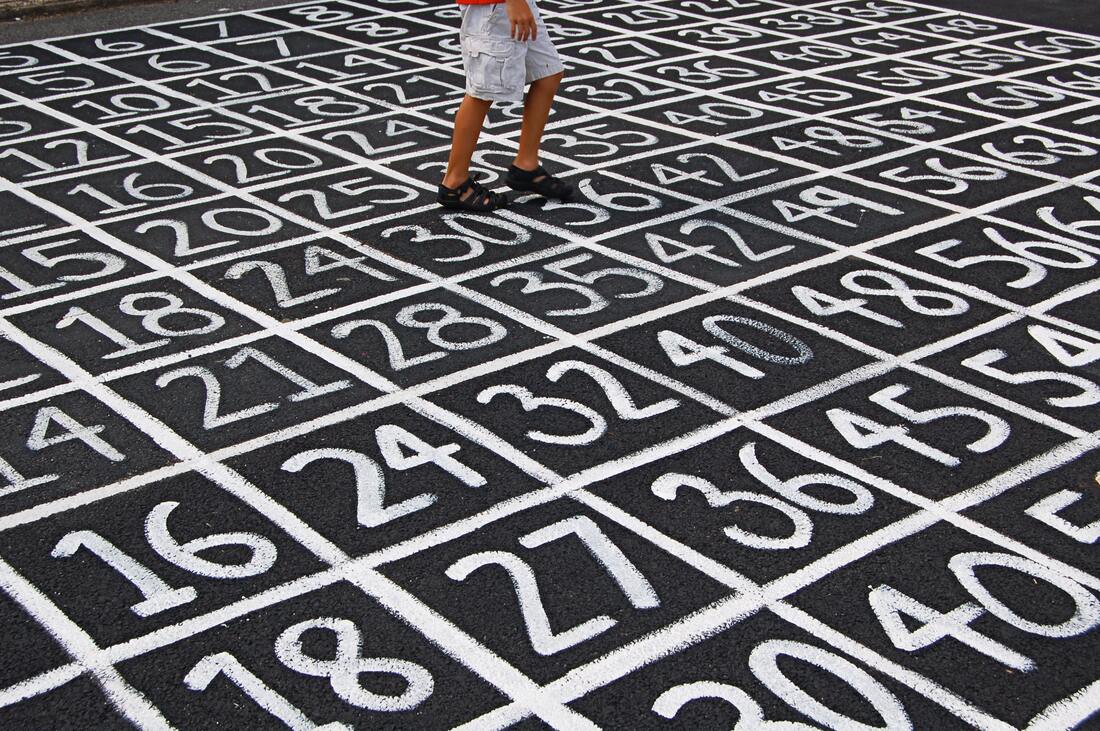 "Try and imagine a world without numbers. Telling people how many siblings you have, counting your wages or organising to meet a friend at a certain time would all be much more difficult. If you’re reading this on a digital screen, even these words are produced through a series of zero and one symbols. We take them so much for granted yet some cultures don’t count and some languages don’t have the words or symbols for numbers. This programme looks at when and why humans first started start to count, where the symbols many of us use today originate from and when concepts like zero and infinity came about.
​
Joining Bridget Kendall to explore the history of numbers and counting are anthropological linguist Caleb Everett from the University of Miami, writer and historian of mathematics Tomoko Kitagawa, and Emeritus Professor of Mathematics at Warwick University in the UK, Ian Stewart.

​Twoness in Whitehead and Jung

​The BBC scholars draw a distinction between human counting, written and spoken symbols for numbers, and the numbers to which the symbols point.

For example, we may have two pencils on our desk and count them. The act of counting is one thing. We may write "2" on a sheet of paper. It symbolizes twoness, And we can think about twoness in our minds, even if there are no objects to count or symbols to use. Twoness as such is an idea, but it has no physical shape.

What is twoness? Whitehead and Jung offer some keys. As Sheri Kling explains:
​
Kling is right to use the word "resonance." On the one hand, Whitehead and Jung agree that numbers, understood as concepts, are not consciously invented for purposes of calculation. Both would change the title of the BBC podcast from "The Invention of Numbers" to "The Discovery of Numbers." They would see counting as a mode of discovering numbers, not creating them. And both believe that the universe itself includes a place, a reservoir, where numbers have their autonomous reality, even if not perceived or actualized by human beings. For Jung this is the collective unconscious, for Whitehead it is the primordial nature of God.  When we awaken to numbers - for example the number 2 - we are awakening to one or both of reservoirs.

On the other hand, Jung's idea that numbers are spontaneous and autonomous products of the unconscious will seem different from Whitehead's idea that numbers, understood as eternal objects, are pure potentials which lack agency of their own. Whitehead's eternal objects can be actualized by the world, but they do not actualize themselves. If they have spontaneity, this spontaneity is not that of an agent.

Perhaps the key to reconciling these differences lies in recognizing that eternal objects begin to function archetypally, once they are actualized by actual entities in the universe and become part of its collective unconscious. As they become part of the unconscious, their presence as felt becomes charged with subjective aims, and subjective forms that they do not have in the mind of God. When twoness becomes part of the universe, it has a power it lacked when it was merely in the mind of God.

To be sure, some critics of Jung and Whitehead would say that twoness is nothing but a human invention. It did not exist prior to its emergence in human life as a concept to be entertained. Others would be open to the possibility that twoness existed prior to human life but only as embodied in countable instances of it: in the positive or negative spin of electrons, for example, or in the twin moons of a planet, or the birth of two animals from a single mother. Apart from these concrete instances, so they would argue, twoness has not existence.

An interesting feature of Whitehead's philosophy is that, for him, there is more to reality than actuality. He might grant that, apart from instances, twoness has no actuality but would disagree that it has no reality. Reality includes potentiality as well as actuality. Understood as a pure potentiality in the mind of God, twoness is real but not actual. It gains power only when actualized by actualities in the universe in the concrete facts of the world and in the collective unconscious. Two needs the world in order to have spontaneity and power.

I offer a process suggestion. Twoness is a pure potential residing in the Mind of the universe. It is one of many numbers in God's mind: rational, irrational, imaginary, positive, and negative.  When actualized by actual entities in the universe, twoness becomes an archetype in the collective unconscious of humanity and other creatures. Loving another person is an actualization of twoness, and so is hating that person. Black-white thinking is a form of twoness, and so is Yin-Yang (both-and) thinking.

As an archetype twoness has energy and spontaneity which it lacks when residing in the primordial Mind.  In the Mind twoness is timeless but passive: an eternal object of the objective species. In the collective unconscious. two-ness becomes historical and is linked with other kinds of pure potentialities: eternal objects of the subjective species such as hope and anxiety, attraction and fear. In the primordial Mind it is pure potential, without normative value. In the collective unconscious twoness has a certain kind of aliveness, a luring quality. It can be felt as a lure toward complementarity or conflict, love or hatred, respect or envy. Always it is two. However, it is part of, not apart from, multiplicity. Two cannot exist by itself; it is essentially related to all the other numbers. As the many become one in each moment of concrescence, twoness functions as a lure for gathering them together into simple contrasts and then contrasts of contrasts. These contrasts are what give experience its richness and value. They help liberate twoness from rigidity. The archetypal two finds its home in relation to other numbers, thankful that it is not alone.

Whitehead himself gives the following equivalent terms: “pure potentials for the specific determination of fact,” and “forms of definiteness.” Occasionally he uses the term “abstract possibility,” and students have often made the contrast between eternal objects as pure possibilities and actual entities as possessing full actuality. However, Whitehead generally associates possibility with something that could actually occur. It is better to stay closer to his language. Eternal objects are pure potentials, and that means forms that could in principle characterize something actual, but that are in their nature indifferent to whether they do, or ever will, characterize anything actual. It is well to ask why Whitehead invented the term “eternal object” instead of sticking with the more familiar language of potentials and forms. First, “objects” establishes their status as depending on subjects. Objects exist only for subjects. They can be felt; they cannot feel. In themselves they cannot act. They are, indeed, passive.

For Whitehead “eternal” means nothing more than nontemporal. That is another way of saying that “eternal” objects have no actuality at all in themselves. They do not come into being and they do not pass away. They are related to every temporal moment in the same way, so far as their own nature is concerned.

​​Eternal Objects of the
Objective and Subjective Species

Note: Whitehead does not say that God creates eternal objects
but rather than God prehends them and orders them for the sake of
nurturing a world filled with intensity (strength of beauty, importance).
​
God’s ordering of eternal objects thus functions as the basis of regularity in the world, the basis of novelty, and the basis of purposiveness. Whitehead believes that this ordering is the work of an actual entity. This actual entity evokes worship from human beings, and this justifies naming it “God.” However, Whitehead is emphatic that some of the characteristics attributed to God in some theistic traditions are not justified by this account. For example, God is not the “ultimate.” God is an instance of creativity. God does not control what happens. There are many “reasons” for what happens in every event, of which God is always only one; that is God never unilaterally determines what happens. Still God is always one of these reasons, the one who calls for the realization of optimum value and makes that realization possible.

​Whitehead calls God’s ordering of eternal objects for the sake of realizing value in the world, God’s “primordial nature.” He thinks of this ordering asa single nontemporal act, preceding and conditioning every actual occasion. The meaning of “primordial” here is much the same as the more usual term “eternal.” Hence one may say that God is eternal. God has no beginning and no end. However, Whitehead speculates that God’s primordial nature does not exhaust what God is. According to the ontological principle, in order that God be the reason for anything in the world, God must be an actual entity. The primordial nature of God can be thought of as the conceptual pole of God. But for actual occasions, the conceptual pole by itself is not actual. What is actual is the dipolar occasion, physical as well as conceptual. Unless God is actual, God cannot be the reason for the order of potentials that, in turn, provides order and novelty to the world. But for God to be actual would seem to require that God have physical feelings as well as conceptual ones. Those physical feelings would be and, Whitehead speculates, are, God’s prehensions of actual occasions.