The point of greatest conflict between science and religion, or at least between scientists and Christians, has been with regard to evolution.  Evolutionary theory has been disturbing to many Christians.  For some, this has been simply because it provided a different understanding of how we humans came to be than the one found in the first chapter of Genesis.  If one supposes that the Bible is inerrant, then we must affirm the biblical account quite literally, difficult as that is.  Clearly the result differs from typical evolutionary explanations.

For other Christians, along with many humanists, the dividing line between human beings and other earthly creatures has been very important.  The philosopher, Descartes, posited a metaphysical difference between human minds and the rest of the created order.  Calvin emphasized that the heart of Christian faith was the relation between God and the human soul.  Evolutionary theory emphasizes continuity among all types of living things.  It is not so much the Bible that this contradicts as later Western thinking, both philosophical and theological.

Whitehead sided against those Christians who opposed evolutionary theory on either of these grounds.  He was certainly not a Biblicist.  And his philosophy emphasizes the continuity among living things and even inanimate things.  Nevertheless, he was sharply critical of the mainstream evolutionary doctrine.  His opposition was part and parcel of his general critique of modern science.

In the origins of modern science there were several schools among which Descartes’ mechanistic model of physical reality was only one.  Nevertheless, sadly from Whitehead’s perspective, this one became overwhelmingly dominant.  That meant that biologists studied living things as though they were complex machines.  Many believed that in the long run science would explain everything in terms of the strictly determined motions of matter.  In principle, many thought, if one knew the exact location and momentum of every physical particle, one could predict every detail of the future of the world.  Of course, this included both the evolution of new species and the emergence of Darwinian theory.

Many Christians accepted this worldview with respect to the natural world, but, with Descartes, argued that it did not apply to human beings.  Evolutionary theory troubled them by asserting that human beings are fully part of the natural world.  Hence, we are ultimately fully explained in terms of the laws of motion of material particles.  Many people, including most Christians, however supportive of science, resisted this way of understanding themselves.  Most of them did so by clinging to the dualism that evolutionary theory opposed.  Immanuel Kant gave new philosophical grounds for maintaining this dualism, and his influence on humanistic and Christian, especially Protestant, thought has been great.

Whitehead rejected the dualism as well as the mechanistic view of human beings.  He belonged to a group who took the development of evolutionary theory as an occasion to challenge the dominant scientific model.  If human beings, including their subjective experience, are part of the natural world, then the natural world is not entirely machine-like.  Whitehead taught that reality is composed of entities that are more like organisms than machines.  Of course, there are patterns of action in organisms that resemble those in machines; so on one occasion he suggested the term “organic mechanism”, but the important shift is still from the idea of a machine, such as a clock, to the idea of an organism, a living being.  Whitehead thought that developments in physics showed that the subatomic entities at the base of things are better understood as tiny organisms rather than as tiny bits of matter.

Of course, an evolutionary theory based on the model of organisms is different from the still dominant one, based on the model of matter in motion.  The dominant theory asserts that genes determine the form and character of living things.  These genes mutate randomly.  A few of the plants and animals produced by these mutations turn out to survive and reproduce more successfully than the others.  Most of the changes constitute improvements of a species, but a few lead eventually to the emergence of new species.

In this picture, the agents are genes, on the one side, and the natural environment, on the other.  Both act in a purely blind fashion.  The theory thus fits the mechanistic worldview.  But it ignores extensive evidence that the actions of the organisms are also an important factor in evolution.  For example, when the environment changes, some animals adapt to these changes better than others.  Random mutation of genes continues and the genes that support these adaptations are selected by the environment.

This may not seem like a major change in theory, but it introduces into scientific theory elements that do not fit the mechanistic vision.  When animals find that their present behavior does not procure the food and safety they require, some try out different behavior.  To suppose that these trials are purely random strains credulity.  When one animal is successful, it repeats the successful action, and others imitate it.  Genetic change follows, and this priority of animal behavior over genetic change is far from rare.  Indeed, it is probably more common that the reverse sequence presented us in standard evolutionary theory.

Some of this behavior is surely both intelligent and purposeful.  But the mechanistic model opposes any role for intelligent purpose.  Because of commitment to the mechanistic model, standard formulations of evolution simply ignore the role of animal action. From the point of view of Whitehead and his followers, the evidence supports the role of animal purpose in evolution, and the rejection of this notion, still required by orthodox theory, is based on metaphysical commitment rather than evidence.

If intelligent purpose plays a role in evolution even apart from human beings, we can affirm the effects of intelligent human purpose in the evolutionary process without any inconsistency.  Of course, we can then recognize and evaluate the quality of human action generally, considering moral responsibility as an important factor in our world.  The fact that we are fully part of the natural world, existing in continuity with other creatures has no reductionistic implications.  A Whiteheadian theory of evolution is fully compatible with a Christian understanding of human beings.

Not only so, but belief in God’s role in the world becomes possible.  In Whitehead’s philosophy, at the heart of God’s role in the world is the introduction of what he calls “aim” into every experience, human or not.  God lures every entity to actualize in each moment whatever value is, then and there, actualizable.  God does not compel, but God calls and enables.  It is because of God that the inanimate world gave rise to life and life proliferated and gave rise to conscious experience.  It is because of God that we experience the possibility of choice and recognize that some choices are better than others. 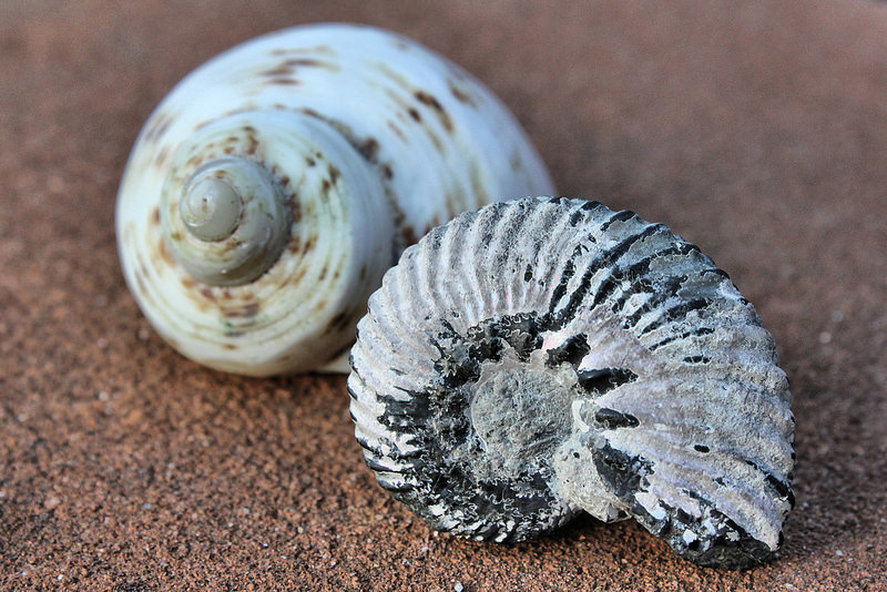