A Reflection by John B. Cobb, Jr. 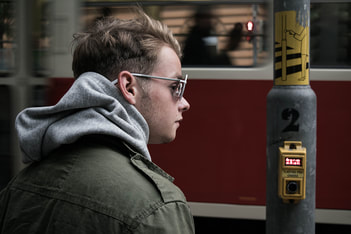 One inescapable question for philosophy is the relation of our subjective experience to the physical world that we experience objectively.  The common sense view is that the two are very intimately interrelated.  If someone strikes me in the stomach, I will feel pain and perhaps nausea as well.  Those feelings may also induce anger that leads to my striking back.  Physical events bring about subjective events that then lead to physical actions.

If this is so apparent in normal experience, why should there be any philosophical problem?  The problem arises when we try to understand more deeply what is going on.  It is fairly easy to understand that when a billiard ball strikes another billiard ball, the latter moves.  That can be studied closely and laws can be proposed that determine just what motions on the part of what entities lead to what results.   We can also study the connection of thoughts or ideas with one another and formulate logical rules that should guide our thinking.  But how does our thinking cause physical motions to occur?  Or how do physical motions cause us to think in a particular way?

The father of modern philosophy, Rene Descartes, intensified this problem.  He taught that the physical world and the mental world are radically, even metaphysically, different.  For him explanations of physical motions must be in terms of physical motions.  He set this world before scientists for their study and explanation.  The mental world was to be studied in entirely different terms.  He did not quite deny that there could be any interaction between them, but he gave no plausible account of such interaction, and scientists in general accepted the program of understanding all objective or physical events in strictly physical or material terms.  This left humanists and religious people space to talk about the human mind or soul without much attention to the physical world, even the human body.

Philosophers found this radical separation problematic, and most of them sought some kind of unity.  Some looked for a common substance underlying both the mental and the physical.  Others thought that ultimately the mental world was simply “epiphenomenal.”  That means that in principle it could be explained entirely as an expression of the physical world.   This understanding conflicts profoundly with any sense of moral responsibility and disallows any reality to the sphere of religion.

Still others thought that the mental world was the given reality and that the status of the physical world is simply its appearance to the subjective one.  That is, whereas the mental is real, the physical is merely “phenomenal.”  These views of the primacy of the mental conflict with ordinary experience and common sense, but at least they give space for moral and religious values to play a role.

The most aggressive force in these discussions comes from the side of natural science.  The tendency of scientists is to think that the progress of science consists in explaining more and more of what we experience in the materialistic categories of science.  The reason that there has been so much controversy over evolution is that it extended the province of materialistic science to include the human mind.  Even independently of evolutionary teaching, scientists have been studying the brain in quest of explanations of what happens in the mental world.  During the years I was receiving my education, we called this exploration physiological psychology.  Its goal was to explain the mental in terms of the physical.

Whitehead belonged to the school of interaction between brain and mind.  However, he rejected the metaphysical dualism that made this interaction unintelligible to Descartes and his followers.  Brain and mind are not two types of substance.  The brain is a complex society of events and so is the mind.  In fact, the term “mind” is misleading in that in quickly leads us, as it did Descartes, to attend to thinking.  The term “psyche” is less misleading, in that with psyche we often associate emotion as much as thought.  This psyche is a series of events that include emotion as well as thinking.  Further, although for Whitehead the brain is certainly physical, it is not constituted by matter in motion.  Instead it is composed of innumerable events.  He taught that the events that make up the psyche are affected by earlier events in their sequence but also by the events that constitute the brain.  Similarly the events that constitute the brain are affected by earlier brain events and also by psychic ones.  Hence, alongside of physiological psychology he called for psychological physiology.  In the broad field of neuroscience today, this has increasing acceptance.

But are not the brain events objective whereas the psychic events are subjective?  Does not the problem of dualism continue to arise?  No, not for Whitehead.  For him the duality is incorporated into every event.  Every event, as it happens, is a subject, acted on and acting.  Every event, as soon as it has occurred, becomes an object for subsequent events, providing the data for their prehensions.  This is equally true of brain events and psychic ones.

Even so, are not the brain events physical and the psychic ones mental?  Here there is a distinction but not the duality that is so often posited.  For Whitehead every event includes both physicality and mentality.  For him this means that every event prehends antecedent occasions.  This is their physicality.  But every event also prehends potentialities.  This is their mentality.  Both brain events and psychic events have both physical and mental poles.

This may be the most difficult feature of his thought to embrace.  We are so accustomed to thinking of much of the world around us as mere matter that the idea that the quantum events that make it up include something that could be called “mental” is difficult to accept. As long as we think of the world as made up of substances, and of the mental as thinking, this is unintelligible.  But so are many characteristics of the quantum world.  Once we begin to talk about quantum events and ask how one quantum event arises out of its world, the idea that it is a creative synthesis of that world is not unintelligible.  But to be a creative synthesis, Whitehead’s analysis shows, requires some distinction of the actual and the potential.  The new creative event actualizes some potential in the process of reenacting what was actualized in its world.  This inclusion of the potential is what Whitehead calls mentality.  He then shows how as more complex events emerge, the kind of potentiality involved becomes much richer.  Eventually the contrast of what is and what might be gives rise to consciousness.  There is an enormous difference between a quantum event and a moment of human experience, but there are many intervening stages, neuronal events for example, and there is some continuity throughout.

To gain some intuitive sense of the continuity we can refer back to the idea of emotion.  For Whitehead, even in human experience emotion is much more fundamental than conscious thinking.  He also assumes that emotion does not have to be conscious, indeed, even in human beings, most of it is not conscious.  When we ask what a quantum occasion is in its moment of subjectivity, the conjecture is that it is best thought of a pulse of unconscious emotion derived from its past and transmitted to its future.  The same pulsing of unconscious emotion (albeit vastly more complex) is fundamental to human occasions of experience as well.  Of course, mentality plays a much larger role in human experience than in quantum events, but the difference is by no means metaphysical.

Given this way of overcoming dualism, the fact that very simple events affect very complex ones and vice versa is not surprising.  Just how much and in what ways these causal effects occur is to be learned empirically.  The philosophical conceptuality broadens the understanding of the possible.  Which possibilities are actualized is a matter of contingent fact.

Whitehead’s understanding of prehension opens the door to serious thought about how God works in the world.  For a philosophy to do this is very rare in the modern world.  For Whitehead, God is the reason that potentiality plays a role in the formation of actuality.  This occurs through the fact that every occasion prehends God.  Whereas other prehensions may necessitate elements in the new event, the prehension of God makes novelty and creativity possible.  This prehension gives freedom much more than it restricts it.  The notion of grace becomes richly meaningful in this context. 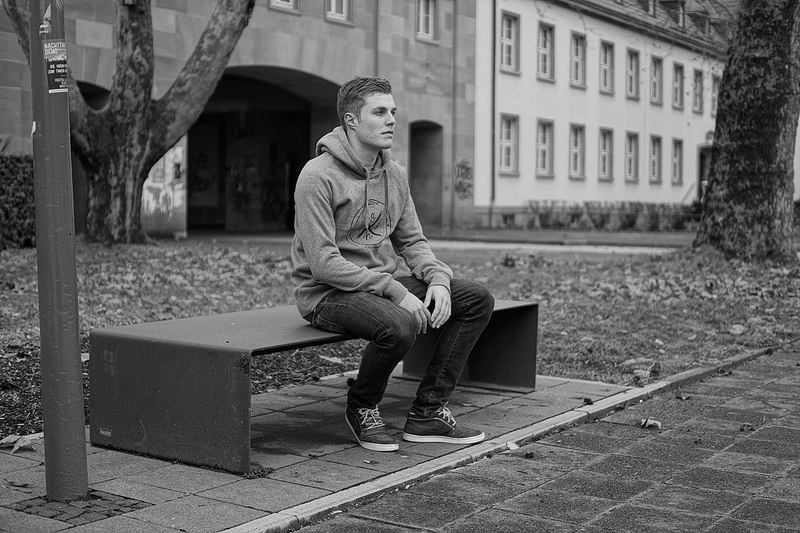