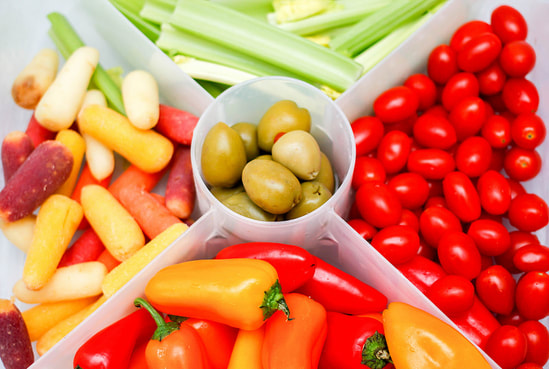 Why I Am a Vegetarian

Patricia Adams Farmer
"One of the greatest opportunities to live our values—or betray them—lies
in the food we put on our plates.”
—Jonathan Safran Foer, Eating Animals
Sometimes, it all seems too much. Taking  Taking stock of my world, with its unabated horrors cavalcading across my television screen, its never-ceasing injustices, its apathy in the face of our ecological crisis, its penchant for sensational side shows that distract us from these realities—well, it’s enough to make me throw myself, hand on brow, onto my fainting couch.  Which is, I regret to say, a metaphorical fainting couch, since I don’t have the privilege of owning one.  ​
​

I Can't Believe They Used to Eat Animals

One simple—but hugely significant—thing you can do to alleviate suffering and save the planet to boot is to become a vegetarian.  This is a life-altering decision, and I don’t blame you if you hesitate.  It took me eons of time to get there myself.  Back in my university days, I even wrote a paper in a philosophy seminar arguing againstvegetarianism, with cogent arguments to back me up!  There are many ways the mind rationalizes what it wants to be true, all of which, in the light of lovingkindness, turn out to be tinkling cymbals.

I realize from own experience, that the older you are, the more difficult the transition to vegetarianism; in some situations, it may not be feasible.  But my hope is that the Millennials, who are acutely sensitive to animal suffering and environmental issues, will take the ball and run with it (and hopefully figure out a meat alternative for my cat).  Yes, future generations will indeed shake their heads and say:  I can’t believe they used to eat animals!
​

On a spiritual note, a vegetarian diet can awaken us to fresh landscapes of compassion and understanding that enlarge the soul.  Professor Ron Farmer, a biblical scholar (and my vegetarian husband), wrote in a recently published essay, “I am convinced that animal compassion is one of the next great spiritual awakenings.” [i].  He brings up the curious mistranslation in the creation stories of Genesis of the Hebrew chay nephesh.  This term literally translates as “living souls.”  However, when the phrase refers to animals rather than humans, it is invariably mistranslated “living creatures,” which belies our ongoing, historical bias against animals as living souls.

Animals are living souls, just like us.  Yes, they vary in levels of awareness and complexity, which we need to take into account.  For example, if I were forced to choose, I would eat a chicken before I would eat a pig—for we now know that pigs are highly intelligent creatures, on par with dolphins and smarter than dogs, yet do not share the same legal protections because we want our bacon.

In light of this, how can vegetarianism become a spiritual adventure?  While I invite you to do your own research, here are three soul-expanding facts to consider:

1.  I can save AT LEAST one life per day.  Some estimate that a single vegetarian saves between 371 and 582 animals per year.  Wow.  That’s what I call “saving souls”—for remember, animals are people too.  Farm animals and humans alike are chay nephesh, living souls.[ii]

2.  I will be saying NO to cruelty.  10 billion farm animals now live in tortuous conditions inside factory farms.  (To say more about the grim realities of slaughter houses and factory farms sends me back to the fainting couch.) By abstaining from meat, I will be joining a host of other compassionate souls out there who choose to practice nonviolence in their everyday lives.

3.   I will be saying YES to the planet.  While statistics differ, it is an unavoidable fact that livestock production is one of the worst single factors in the degradation of the environment.  So, by simply choosing what I put on my plate, I can help create a sustainable future for generations to come.  In this way, I am stretching my soul forward into a future filled with stars.
​
Of course, if you’re not ready to follow me—not to mention Paul McCartney and millions of other very cool people—into a vegetarian lifestyle, you can start by simply eating less meat and going free-range when you do.  Many of my non-vegetarian friends are choosing this alternative—a massive step forward.

And that’s what it’s all about, moving forward in whatever way you can to alleviate suffering and promote environmental well-being.

I became a vegetarian not for the sake of my health, but for the sake of my soul—and for the Soul of the world.  For in my philosophy, all creatures great and small have a soul; they are each inhabited by the Soul of the world—that divine presence in all things.  And so, to make room for all these souls, we need to make the circle wider.  We don’t need to fatten our cows with growth hormones; we need to fatten our souls with compassion.
​

The Onus is on Us

Alfred North Whitehead, the father of process philosophy,  said way back in 1929:  “But whether or no it be for the general good, life is robbery.  It is at this point that with life morals become acute.  The robber requires justification.”[iii]  That means the onus is on us.  We have to justify our taking of life.  Knowing what we know now, can we justify the killing of animals for the sake of our dining enjoyment?

For the awful truth is that farm animals today are viewed as “units of production” rather than living souls who suffer.  And yet, we are all made of the same stuff:  you, me, the ceibo tree—and cats and dogs and pigs and cows, too.  To separate some of these animals into “things” with no intrinsic value, no real feeling, is part and parcel of the mechanistic world view that we are slowing and painfully growing out of as science, philosophy, and morals evolve.  Let’s just hope our life on this planet does not end before we get there.
Open Horizons