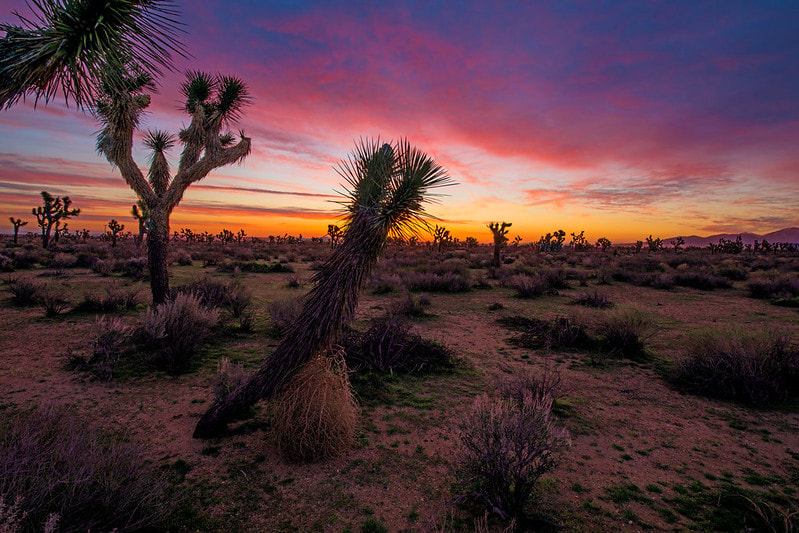 ​​
​Wilderness and Interdependence: A Reflection

​
From age five, when I started kindergarten, until I completed my doctorate at the Claremont Graduate University, my education was directed towards the acquisition of knowledge, by which I mean demonstrated facts and certainties. The pursuit of knowledge has excited me, shaped me into the person I am at age eighty, and has often failed me. That “something” that pushed me to pursue knowledge still pushes. But now, in what is probably the most serious inquiry in my life, I am pushed to look past reason, past what can be proved, in another direction. I agree with Mary Oliver that there is only one subject worth pursuing: the foundation of existence and the condition of my own spiritual state.[1] What I mean by “spirituality” is an attitude, an interest that moves beyond the collection and comparison of matters of fact even as it includes matters of fact. I have experienced this “something” pushing me most acutely in mountains, forests, and deserts.

The place where we live tells us who we are—how we relate to other people, to the larger world around us, to the Sacred reality named differently is humanity’s religious Ways that pushes every thing and event at every moment of space-time.  In Lakota tradition it is easy to see the connection between wilderness and the spiritual life of a whole people.  The Lakota traveled the landscape of the Dakotas and what is now Yellowstone National Park by following the paths the ancestors traveled as they hunted for bison and moved their camps during the seasons of the year. Their movements named and recreated every character of their hard land—rocks, mountains, badlands, prairies, lakes, rivers, springs—through a “habit, or what the Church Fathers and Mothers called habitus, meaning both a disciplined way of apprehending reality and living in accord with it. So the Lakota, who called themselves “the people,” knew that to dwell in a place meant to conduct oneself in accordance to a habitus that draws meaning from the particularities of the environment.

I remember it like it was yesterday. I was eighteen years old and full of juice. I had just graduated from high school and heading to my first year of college. So in the middle of August I decided, against my mother’s and father’s strong advice, to drive deep into the Mohave Desert for a weekend camping trip. Two things worried my parents: the daytime temperatures in the Mohave in August can reach over 120 degrees; and the fact that I would be alone. I’m still not sure why I wanted to go to the desert other than some unidentifiable “something” seemed to be drawing me to lessons I needed to learn. A friend of mine told me about a line of low hills and cliffs about five miles north of Joshua Tree, where I parked my car, hiked a rough trail into the hills, and set up my camp under a ledge of rock with a one hundred-eighty-degree view of the lower desert floor. After checking for rattle snakes, spiders, and scorpions, I spread out my ground cloth, unrolled my sleeping bag, sat back against a rock, drank some water, and ate my evening meal as I watched the approaching darkness.

It was then I discovered that desert silence is not as absolute as I had thought. Life seemed to come alive as the temperature cooled: insects swarming out of the scrub brush; birds, mice, and other critters leaving their burrows in the Joshua Trees searching for food; coyotes rustling out of the rock cliffs and from burrows dug deep into the sand, all making distinctive sounds to mark territory, mate, and search for food. A tarantula caught my eye as it crawled to the side of my sleeping bag. She (probably a female given its large, hairy body) seemed to be studying me. So I lowered my hand toward her front legs. As she crawled onto my hand, I gently stroked the soft hairs on her back and set her next to me on top of my backpack. She remained there like my personal guard until sunup.
The people who followed Moses into desert wilderness knew its harsh realities and were transformed by them. According to the Gospel of Mark, like Israel before him, Jesus was led by God to take the hard way, going directly from his baptism into the desert. Being thrust into desert wilderness, still wet from the waters of the Jordan River, the Son of God headed to his death, headed already for the cross. In imitation of Moses and Jesus, the early desert Fathers and Mothers also fled to the wilderness—the Egyptian desert—head first into its dangers and tests, into the wild places, where terror and growth towards wholeness walk hand in hand in an environment intrinsically hostile to human egos and which threatens to swallow unprepared persons whole. As St. Jerome put it, “the desert loves to strip bare.” Few people live far into the desert, nor for that matter, deep into the mountains.  The ones who do are caricatured as renegades, fools, and crazy people not accustomed to polite society. In wilderness extremity, people find themselves running out of language, driven to silence.  Ordinary speech seems inappropriate. Mountain and desert people do not talk much, and when they do their words are measured by the leanness of the land.
​
I have spent at much time as I could muster returning to wilderness in search of its lessons: hiking and camping trips with friends in the Santa Monica Mountains and the coast range from Northern California through Oregon and Washington State. For two summers I rode a Forest Service horse named Jug Head followed by a pack mule named Oliver alone in the high country of Sequoia National Park checking on campers and looking out for wild fires. I have been on more backpacking trips with friends in the Cascade Mountains than I can remember. In the plurality of these wilderness excursions I experienced the same push that brought me into the Mohave Desert sixty-two years ago.

Wilderness assumes a plurality of forms, yet a common lesson emerges. It is this: there exists millions—no, billions—of resilient interdependent links between each of us and everything else. The farthest stars in the Milky Way I first observed unfiltered by Los Angeles smog in the Mohave Desert so long ago and again from the summit of Mount Rainier thirty years ago are part of who we are. So are Ponderosa Pines, White Pines, Douglas firs, and scrub brush in the Santa Monica Mountains and the desert; tarantula spiders, birds and insects living in Joshua Trees; black tail deer and elk, black bears and cougars; bald eagles and great blue herons; every human being I have met or will meet; the very earth at our feet are family. As cosmologist Carl Sagan put it, we are all “star stuff.” We are in life and death together, which means we are at risk together. Which means that human beings need to collectively wise up and together begin rebuilding a sustainable world. We are so deeply interdependent that we—all living beings caught in the field of space-time—are each other’s destiny.