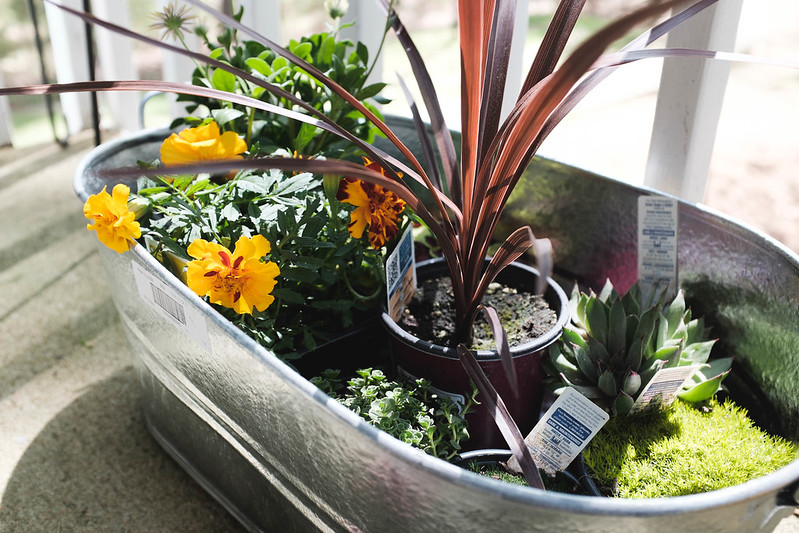 Many people today suffer from one or some combination of one organization calls the three plagues: loneliness, helplessness, and boredom.  Helplessness is obvious to people suffering from unemployment, injustices, and disease.  Loneliness is obvious to people suffering isolation from friends, family, and loved ones.  Boredom is obvious to old people in nursing homes.  Often but not always the plagues are combined.  Not only individuals, but whole societies and cultures can suffer from the three plagues.

Amid the three plagues, people yearn ever more intensely, not simply to survive, but to survive with satisfaction, to flourish.  The flourishing need not be absolute.  It can include degrees of dissatisfaction and yearning for greater satisfaction.  The yearning, otherwise called hope, can itself be satisfying.  Flourishing includes anticipation as well as memory, movement as well as stillness, bodily feeling as well as conceptual feeling, solitude as well as community.  Most deeply is it a sense of being fully alive, given what is possible in the circumstances at hand.  Full aliveness need not last forever in order to be worthwhile.  It can last for a moment, for a day, for a year, for a decade. or some it can last even longer, as a quiet sense in the heart of all-rightness or well-being, even in times of uncertainty and suffering.

​2.  There are many valuable kinds of flourishing.

3.  Flourishing is not abstract.  It is harmony and intensity as felt and experienced in daily life.

In each instance these forms of flourishing are “flourishing” because they embody and support what process philosophers call richness of experience or, alternatively, strength of beauty.  These phrases name two qualities that can be enjoyed amid the vicissitudes of life, even in times of struggle and suffering: harmony and intensity.

4.  Flourishing includes empathy and creativity, neither to the exclusion of the other.

Harmony and intensity are not just states of consciousness; they are traits of a life well-lived.  And they are not simply something we receive, although a spirit of receptivity is by all means a necessary feature of a harmonious and intense life.    A particularly important kind of receptivity is empathy: feeling the feelings of others in caring ways and imagination yourself in their shoes in such ways.  Additionally, harmony and intensity are found in creativity.  The late philosopher Grace Boggs wrote: “A revolution that is based on the people exercising their creativity in the midst of devastation is one of the great historical contributions of humankind.”  The exercise of creativity is one way of flourishing, empathy with others is another way.  At their best they go together.

5.  All things -- not humans alone -- seek to flourish in their unique ways.  All things seek to be fully alive.

A unique feature of process philosophy is that it proposes that the desire to flourish is built into the very nature of the universe at every level.  Human beings seek to flourish, but so do other animals and living cells.  Moreover, the desire to flourish did not begin with life on earth.  Process philosophers believe that the energy within inorganic matter also carries within it yearning to flourish.  Ostensibly “dead” matter is not really “dead.”  It is vibrant energy seeking to find its own kinds of harmony and intensity, carrying within it both a restlessness and an impulse toward stability.  A molecule, for example, is both restless and stable, and when combined with other molecules it can form a solid object – a mountain for example – which is itself both restless and stable.  The whole of nature is alive with something like experience, say the process philosophers, which means that the whole of nature is in some way alive. As we humans seek to flourish, we take our place within, not apart from, the ten thousand things.

6.  Flourishing has no age limit.  Old people can flourish, too.

Not only elders, but also children and teenagers and adults of all ages need antidotes to boredom, loneliness, and helplessness.  They need to enjoy new and surprising things, to feel and be connected with other people in a sense of community, to feel connected with plants and animals as well as people, to be and feel empowered in their own lives, and to be guided by wise leaders in non-authoritarian ways.  The principles are practical means by which all people in all circumstances can flourish.

People can believe different things, practice different religions, belong to different ethnic groups, and have different political philosophies, but all seek to flourish.  All seek to be happy in a very general sense.  Different religions and cultures flourish in different ways, and part of the joy of life is appreciating the differences.  In order to understand and appreciate others in empathic ways, we need to be sensitive to how they might flourish or desire to flourish, even as their circumstances differ from our own.

9.  Flourishing can be symbiotic.  We can flourish together.

Process philosophers emphasize that, in our time, one of the most important ideals for flourishing available to any and all is that of an ecological civilization. An ecological civilization consists of local communities that are creative, compassionate, participatory, inclusive, diverse, humane to animals, and good for the earth – with no one left behind.  They are the building blocks of a kind of civilization that exhibits respect and care for the entire community of life.  Human survival depends on the emergence of this kind of civilization and so does human flourishing.

Many people consider economic flourishing very important, and rightly so.  But economic flourishing is not about ever-increasing GDP.  It is about the satisfaction of people's needs for essentials (health care, education, employment, housing, food) without overshooting ecological limits.  It is about the flourishing of life, in local settings and in harmony with nature, which can and should flourish as well.  One model of this is the economic system developed by Kate Raworth called doughnut economics.

11.  The spiritual side of life is essential to all forms of flourishing and it is multi-faceted.

The emergence of ecological civilizations necessarily includes attention to the whole of life: economic, political, personal, and spiritual.  In a certain sense the spiritual side is, or can be for some, a foundation for the emergence, as practiced in daily and corporate life.  Spirituality includes forms of harmony and intensity that enrich human life and empower people to help build loving communities.  The Center for Process Spirituality, borrowing from the world's most inclusive interfaith network, Spirituality and Practice, offers a spiritual alphabet for thinking about the spiritual side of flourishing. 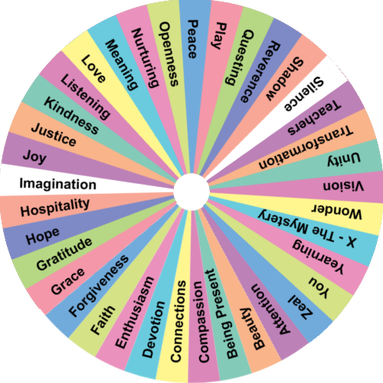 12.  Faith can include faith in the possibility of flourishing and trust in God as the Deep Flourishing.

Let “God” be a name for that dimension of the universe that holds all things together in empathic love and that is found throughout the universe as a lure to flourish. This mean that God is within each and every living being as its innermost desire to flourish even as God is also more than all things added together.  Understood as empathic love, let “God” be a name for that side of the universe which is a great compassion: that is, a fellow sufferer who understands each and all.  This side of the universe is enriched by the flourishing of creatures and also diminished by the plagues of loneliness, helplessness, and boredom.  To the degree that we humans co-flourish with one another in caring ways, and co-flourish with the more than human world, we add to the harmony and intensity, the glory, of God.   We can also sense, in faith, that there is something in the very life of God which is flourishing apart from our loneliness, helplessness and powerlessness, and which somehow transforms even these aspects of our lives into a tapestry beyond our suffering: a deep Flourishing.  Process philosophers speak of this side of God as the harmony of harmonies and peace.  We ourselves can feel it in faith, when our small selves drop away and we sense the wider horizons in which the universe unfolds.  We live and move and have our being in a peace beyond our understanding, which is itself the flourishing of the universe itself.
​
[1] The Eden Alternative: ​https://www.edenalt.org/about-the-eden-alternative/mission-vision-values/
[2] Spirituality and Practice: ​https://www.spiritualityandpractice.com/

​You might also be interested in:
​
Clapping from a Balcony: The Flowering of Humanism in a Pandemic Age
Spiritual Practices for the Coronavirus Pandemic
Jewish Wisdom for a Pandemic Time
Open Horizons