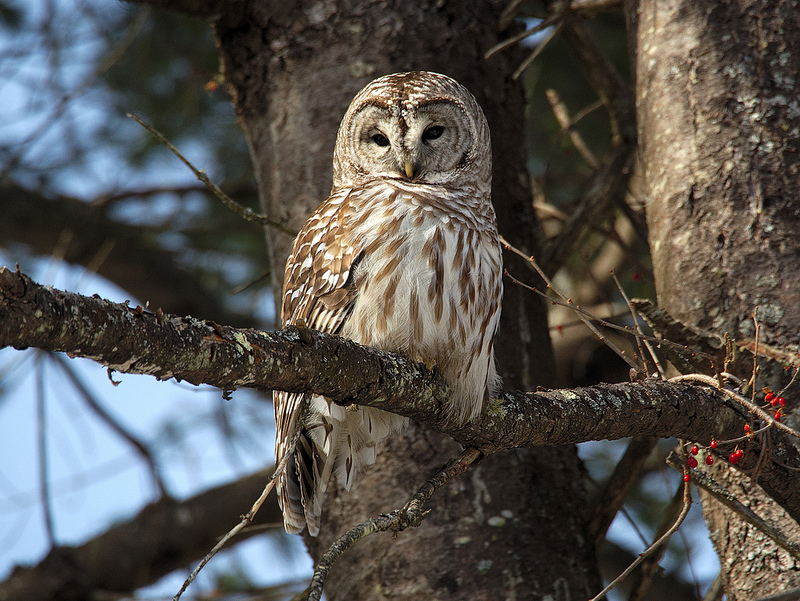 ​
A Call to Deeper Places:
​The Owl as my Teacher

Ten years ago, my husband and I sold everything and moved west to a large ranch as caretakers.  We left busy careers and big city life to embrace quiet living and a new way of being.  The ranch is relatively untouched and abundant in wildlife. The 89-acre lake on the ranch and the dozen or so stock tanks provide plenty of water and sanctuary for all creatures great and small.  The solitude and isolation have allowed me to embrace nature as one of my biggest teachers. The stars, sunrises, sunsets, birds, and animals have given me a school room like none other. It is clear to me that the universe is both vast and small.  The understanding that the universe is ONE has become paramount in my theology and thinking.  Of all the creatures that speak to me, I have found the owls to be grantors of wisdom gifts on a regular basis.  Journey with me on one of those visits.

Two Great Horned Owls arrived in the front yard oak trees in the early morning hours.  At first, their hoots were a little distant.  They began to move closer and closer.  Their calls became more pronounced until they were literally right outside my window.  There was enough starlight that I could see outlines of their images. I fancy that they came to speak directly to me.  So, I listened and listened and listened.

But For the Owls

Silhouettes and sounds surround me.
Time seems suspended.
The calls of the wild say my name.
It would have been an ordinary moment,
But for the owls.

These majestic birds know me.
They reassure me.
They watch over me.
It would have been a mundane morning,
But for the owls.

Other animal voices were sounding
But none like the owls.
It is not a lonely or haunting song,
Rather a call to deeper places.
It would have been a silent time,
But for the owls.

These listening spaces are precious,
I can hear my heart beating.
It is keeping rhythm with the banter
Of the friends of flight.
It would have been a common day,
But for the owls.

​In the spiritual alphabet, “T” is for Teachers.   On hearing the word, we may immediately think of human teachers, but most of us are also taught by more-than-human teachers: rivers, lakes, landscapes, plants, hills, rivers, trees, and, as Nita Gilger shows in her case, owls.  Skeptics might resist recognizing owls as teachers, beause they (the skeptics) think that it is something the owls do not intend.  You can hear it: “The owls are but involuntary and accidental teachers, if teachers at all.  It’s all in your mind.”

But we in the Open Horizons (process) community are not so sure about this.  After all, we believe that all living beings have intentions, at the very least to survive with satisfaction relative to the situation at hand.  And that they have emotions, too.  And we further believe that intentions need not be conscious to be important.   We find it imaginable that the spiritual presence who holds all things together as a cosmic glue, and whose nature is love, just might work in and through other animals to offer us guidance.  When Nita is guided by owls to go deeper, is there something in the owl which is afoot in the spiritual dynamic?  Might the owls themselves have a providential role in what is happening, as voluntary or involuntary emissaries of the holy?

​Process theologians can put this in technical terms if needed: the subjective aims of the owls, given to the owl by the spirit, and those of Nita, likewise given by the spirit, are working together in some contexts, such that the owls and Nita become, in the moment, a single congregation, a liturgical community.  A church of several species.  Nita’s intuitions move in this direction, and ours do, too.  But what is important to all of us is that, in our time, what is sorely needed are people and communities who know that they are small but included in a larger web of life and that this web is not separate from the Holy.  It is this sensibility that is so important for ecological civilizations, and this sensibility may well invite and require all of us to go deeper. 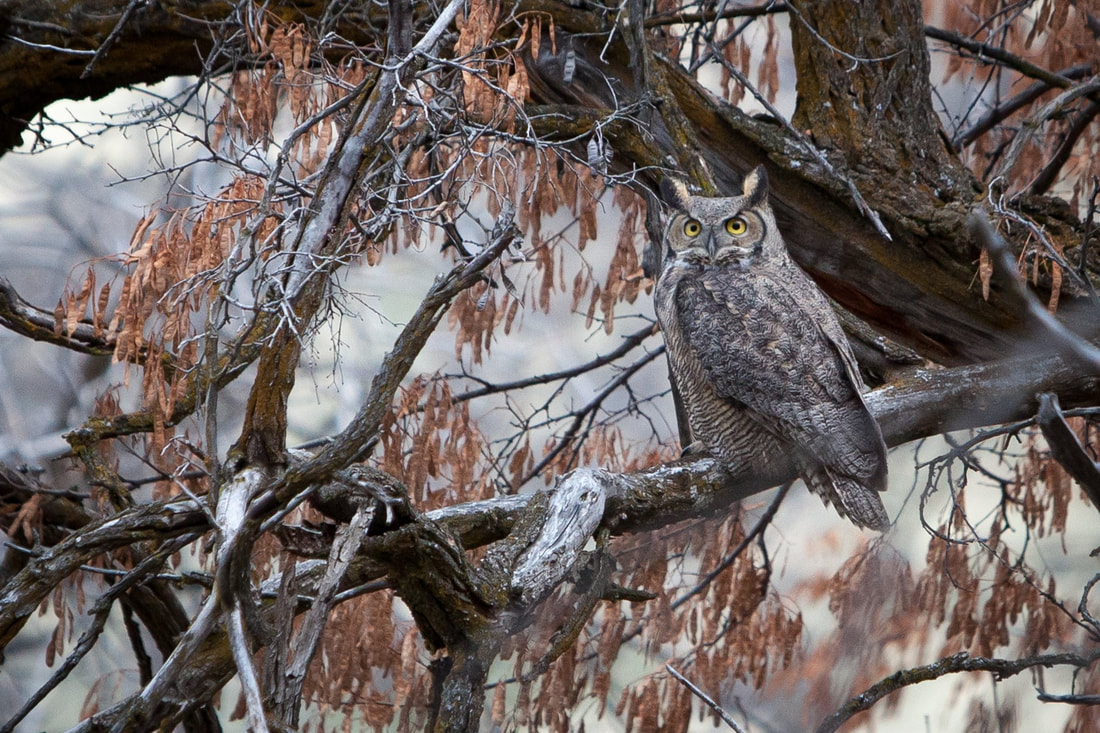 Loving in the Shadow of Alzheimer's
Learning from Rock Owls in Bryce Canyon
​A Call to Deeper Places: The Owl as My Teacher
Open Horizons