Loving in the Shadow of Alzheimer's

originally posted in The Liminality Project,
March 8, 2019, reposted with permission

​*  Nita Gilger served for 25 years at University Christian Church in Fort Worth, Texas as an educator and associate minister for children and families. She has taught in the early childhood program at Texas Christian University. After serving on the mission field in West Africa and traveling widely around the world as an educator and minister, Nita now lives with her husband on a large ranch in West Texas where they serve as ranch care takers/managers.

Imagine that your grandfather, age 83, was on the shuttle bus looking at Christmas lights described by Nita Gilger above.  He enjoyed the ride and sang the carols, but forget about it completely as soon as it ended.  He has stage five Alzheimer's (difficulty in dressing, inability to recall details about himself, significant confusion) but can still bathe and dress himself, and remembers your face but not always your name.  You can tell that he's on his way toward stage six.

A third step, whether or not we believe in God,  is to rethink what it means to be good.  Don't think of goodness as achieving fame, fortune, and power.  Don't think of it as accumulating trophies or winning games.  Think of it as being able to be present to your grandfather and to all people, including yourself, in kind and loving ways.  Let your measure of "success" be "Was I Kind?" and make sure you include kindness to yourself, so don't feel guilty if you worry that you haven't been as kind as you'd like.  Just do the best you can. 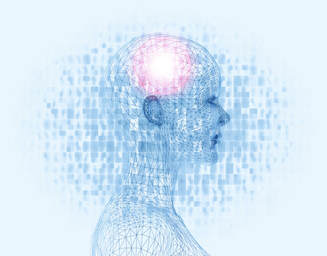 As a process theologian I believe in the primacy of moments.  Yes, we live our lives year to year, week to week, day to day.  But most deeply we live from moment to moment.

I learned this lesson in my twenties, in a very pleasant way, from a Zen master for whom I was an English teacher.  His name was Keido Fukushima.  (I tell the story in a short essay called "Can a Christian be a Buddhist, too?")  He would always say that Zen is about living in the moment and responding to the circumstance at hand in a spirit of creativity and compassion, as best we can.  I saw this in the way he lived his life.  He could remember the past and anticipate the future, but he was always "present" in the here and now.  Often he would encourage me to forget the past and all that I'd learned, in order to see what was present before me: another person, for example, or a tree, or a sunset, or a challenge to be faced with courage.

I learned about the primacy of moments later, in a more difficult way, from friends with Alzheimer's and dementia who had lost their memories and for whom living in the moment was the only option they had.  From them I saw that living in the moment is not always happy.  It can be happy, not least when they can enjoy pleasant emotions, as elicited by music, or seeing Christmas lights while riding in a shuttle bus.  But it can be confusing and anxious, angry and terrifying.  My friends did not choose to forget the past; their brains forced them to forget the past, even as they are more than their brains.

I also learned about the primacy of the moment from their family members, who can also be confused and anxious, because the person they once knew is no longer present and a new person has taken his or her place.  It was easy and exciting for me to be with Roshi Fukushima as he lived in the moment; for caretakers it can be absolutely draining and almost life-destroying, unless they get help.  I do not want to romanticize living in the moment.  Sometimes we can only survive by hope for a better future, or memories of a better past.

The self is more than the brain

I have said that the Alzheimer's patient is forced to forget the past by his or her brain, and that he or she is more than his or her  brain.  Let me explain.

As a process theologian I do not think of their selves as identical with their brains, but rather as a momentary field of awareness, overlapping the brain receiving impulses from it.  but that now lives without that nourishment.  The brain is impaired. leaving the Alzheimer's patient with forgetfulness, difficulty with time, language problems, and an inability to recognize loved ones.  He or she has a new self, different from past selves.  His or her field of awareness is not an unchanging substance that endures over time, but rather a fluid and changing reality that becomes different as time unfolds.  And ours the same.  We, too, are different selves at different times in our lives; our fields of awareness, too, does not stay the same.  Who we were at age six months is different from who we were at age six, which is different from who we were at age sixteen, and so on.

Allow me a little philosophy.  The philosopher Whitehead, who influences my thinking, speaks of this field of awareness as the "dominant occasion of experience" in the moment at hand: an experiential moment that is fed by the brain and its chemistry, but not limited to it.  The soul, he proposes, is a series of dominant occasions of experience, extending from birth (and perhaps before) to death (and perhaps after.)  This means that a person's "self" or "soul" is not a single entity enduring unchanged through time, but rather a series of selves or souls, each of which inherits (or does not in the case of Alzheimer's) with peculiar intimacy, based in conscious and unconscious memory of the personal past

The Way of Kind Nurses

But enough philosophy!  Back to practice.  For my part, as I came to have friends with Alzheimer's, I came to respect nurses in memory care units whose very job it was to live in the moment, without expecting their patients to be the kind of self who remembers the past.  I say "kind of self" because I do believe that having a sense of past identity and future hopes is one way being a self.  But I also believe that being without memory and anticipation is also a way of being a self, and not necessarily or at least always a sad one.  The nurses were treating their patients respectfully, as selves who matter, even if they lack memory and certain kinds of processing functions.   We never really know what kinds of experiences the person might have, and even enjoy, hidden within deep recesses of the seat of awareness.  My own hope is that they experience certain planes of existence we do not, and enjoy them.  As a friend puts it: "In the later stages my mom had one foot on earth and another in heaven."  In any case, kind nurses do indeed treat all people with respect, no matter what state or stage of selfhood they are in.  These nurses are my heroes and heroines.  They are my Zen Masters.

​Nita Gilger helps me see that we can love our friends with Alzheimer's, not for the selves they were in the past, but for the selves they are in the present.   We can bring them moments of joy, adding richness to their self-of-the-moment, even if that joy is forgotten by the self-of-the-next-moment.  After all, aren't we all selves-in-the-moment.

​We might also trust that their moment-by-moment selves, and ours as well, are being transformed into something less painful and more beautiful in God's ongoing life, not unlike the way that individual notes in a musical melody have their meaning only as gathered into a larger whole.  We might speak of fine-grain love (loving them for who they are in the moment) and faith-nourished trust.

​Faith-nourished trust is not trust that God intended our friends to have Alzheimer's or that our caring for them is part of a divine, prescripted plan.  It is trust that God is with them and us no matter what happens, as a fellow sufferer and an indwelling lure, and that God is embracing them and us, in redeeming ways, at every moment, past and present and future.  The redemption of selves does not happen later, in heaven alone, it happens now, as all that happens on earth becomes part of God in heaven.  We can live in the moment like the kind nurses and see all people, plus more, through the eyes of faith in God's redeeming love.
See also "Where is God in Alzheimer's Disease?"
​By Nita Gilger:

Loving in the Shadow of Alzheimer's
Learning from Rock Owls in Bryce Canyon
A Call to Deeper Places: The Owl as My Teacher
Open Horizons