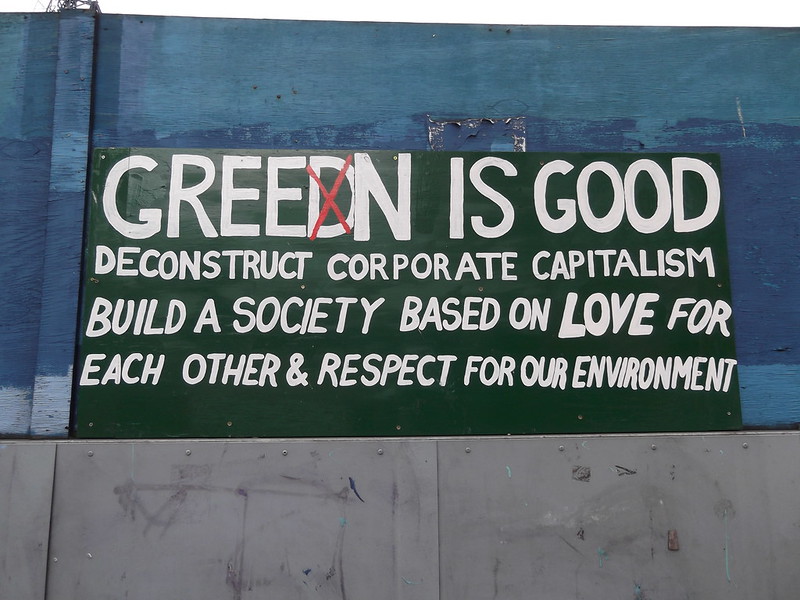 From the mid-seventeenth century to the mid-twentieth century nationalism was the dominant force in Western history. It took over from Christianity when Christian fanaticism plunged Europe into appalling and intolerable conflicts. The era of nationalism came to an end when it, in turn, plunged Europe and the whole world into appalling and intolerable conflicts.

After World War II the institutions that rose to dominance were economic ones: The International Monetary Fund, the World Bank, and the General Agreement on Tariffs and Trade. Although the United Nations is a partial exception, it also devotes much of its attention to the global economy. When the heads of the most powerful nations gather, they call their meetings Economic Summits. Western Europe reorganized itself as the European Economic Community.

There are many advantages in having shifted from nationalism to economism. War among the Western powers soon became unthinkable. The economic power of the West played a major role in undermining the Soviet Empire, so that now the danger of major international conflict has drastically receded. The focus on the economy has led to a vast increase it total global production.

Unfortunately, the methods employed in this great success story do not bring wealth to all. On the contrary, they increase the gap between the rich and the poor and render many of the poor more powerless and more destitute than ever before. Everywhere traditional communities are destroyed and new communities are prevented from putting down roots. Social alienation, violence, and self-destruction accelerate.

Our leaders, fully committed to economism, assure us that the solution of these problems lies in pursuing even more singlemindedly the neoliberal economic policies that have produced them. Astonishingly, this myth is widely accepted. Many of those who know it is false see no alternatives. They propose meliorative responses to the worst of the evils.

The absurdity of this approach is even more apparent in regard to the environment. The size of the economy in relation to the biosphere and geosphere is already excessive. The natural environment cannot sustain the current rate of resource use and pollution. To increase the size of the economy five to ten fold, as proposed by the Brundtland report will prove impossible. This is so, even if all the excellent proposals of that report to use resources more efficiently and to pollute less were implemented.
​
Economism is leading us into catastrophes even worse that the religious wars of the early seventeenth century and the Second World War in our own. The number of people who recognize this is increasing, and their passionate protests in the name of the Earth have gained some hearing. In the United States, however, the critique of economism by Earthists has not yet had political impact. The alternatives have not been publicly debated.

In this respect there is a convergence of Earthism with standard Christian teaching. Christians emphasize the positive value of human community. We advocate the principle of subsidiarity. We hold to the preferential option for the poor. And we affirm the integrity of creation and the human use of the environment should be sustainable. The effects of the policies implementing economism, such as the globalization of the economy through free trade, are diametrically opposed to all of these Christian principles. Perhaps more environmentalists will come to recognize the need to be Earthists in a more fundamental way, and perhaps more Christians will recognize that economism is a form of idolatry every bit as pernicious as nationalism. If so, there is a chance that we may in this country generate a debate about fundamental national goals that is not limited to how to make the economy grow faster. Since there are those in high places in our administration who are both sincere Christians and sincere environmentalist, such a debate could affect national policy. To date this has not happened.

What was the Message of Jesus?
​

​According to Dr. John B. Cobb, Jr., the central message of Jesus was the theos basileia, which is the Greek term "God's Kingdom." Cobb argues that Jesus's proclamation of the kingdom of God was a call to "seize an alternative" to systems of power that lead to self-destruction. In this special lecture, he situates the message of Jesus in its ancient setting, and explores its relevance to our own situation.

​Economism as Idolatry: John Cobb
The Practical Need for Metaphysics: John Cobb
​Did God Create the World out of Nothing? Ask John Cobb
Two Questions for John Cobb about China
​Christian Process Theology: Its Early Phase
John Cobb on Patriotism
Process Theology and the Bible: How Science has changed our view of God
​John Cobb on Biblical Inspiration and Interpretation
​Revaluing the Values of Science, Religion, and Education: John B. Cobb, Jr.
A Critical View of Inherited Theology
​Should I Understand God Literally or Metaphorically?
Does Science Support Belief in God?
Which is More Important? The Historical Jesus or the Cosmic Christ?
We Live in a Thoroughly Miraculous World
Whitehead's Theory of Value
Five Foundations for a New Civilization
Ten Ideas for Saving the Planet
Economic Justice and Process Philosophy
​What is My Vocation?
The Postmodern John Cobb: Deconstructive and Constructive
An Appreciation of David Korten
God as Abba: A Proposal from John Cobb
The Aesthetic and the Ethical: John Cobb
A Buddhist-Christian Critique  of Neo-Liberal Economics
​Wesley the Process Theologian: An Essay by John Cobb
Open Horizons