​
"​Let Your Vision be World Embracing" 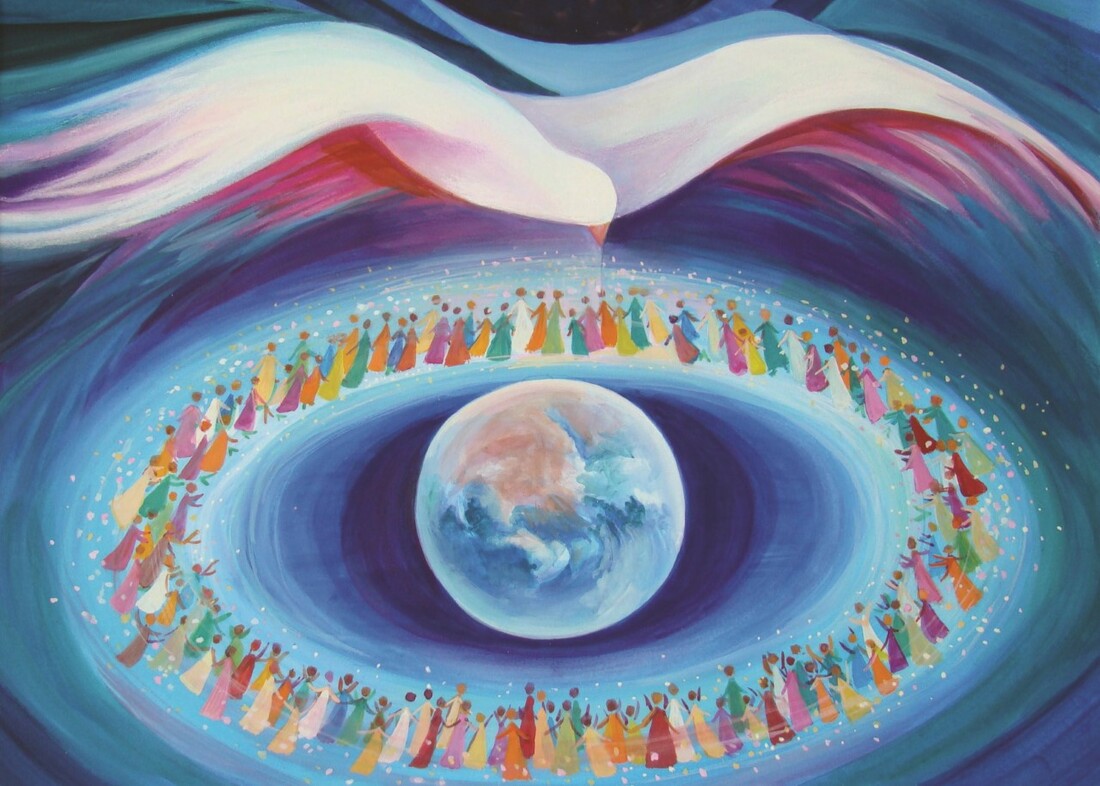 
extended excerpt from epilogue
to Divine Appearances
used with permission

I cannot remember a time without it. It was there when I awoke. I always felt faith in the universe—not despite all the suffering and misfortunes, cruelties and evils, but thankful for the very existence; for the beauty, which is allowed to be and is being allowed to be creative; for the good encountered and committed; for gifts received and given. It is a faith that all things can come together in a moment of perfection, even if it is only a moment. It is this faith of which I am dimly aware as a background, never destined to appear in bright light in its totality. It always leaves much more in mysterious darkness than anything at any moment can highlight. Faith in Baha’u’llah visited me from such a background, in the moments as it lightened up. Sudden as a flash, for a second, it reflected an imperceptible presence like suddenly hearing the humming of the background radiation of the universe. The layers of this background began peeling their smooth surfaces when[1]ever they were met by the vibrations I felt by reading, speaking, chanting Baha’u’llah’s words.

Scripture became a new Word for me: like the Vedas—eternal, a universal code, lying in the wait, permeating everything—it revealed its patience. With the words of Dionysius, the Areopagite from the beginning of his Mystical Theology, Baha’u’llah’s writings felt like the tremoring exuded from “the mystic scripture, where the mysteries of God’s Word lie simple, absolute and unchanging in the brilliant darkness of hidden silence.” To have faith in this silence lifts up before my inner eye the layers in which my Self and all existence knows itself to be united as in Indra’s web. In a moment, it took on a Face. It struck me with a continence that this hidden silence formed in the words of Baha’u’llah. You may ask: Do we need another scripture? Perhaps, I will answer, we need renovation.Although any word is a restriction, in its own self-description this Word is like an infinite sea. One must have faith not to drown.

A Creature of Thought

I can’t help it. While for some people love might go through their stomach, faith for me flows through thought (although not by opposing mind and matter, spirit and body, here, since thought is inaugurated in our bodies, lives itself as a symbolic body, harbors landscapes and envisions universes). Thinking, however, I think, is not another activity, different from sitting, eating, loving, wandering or forging plans. Thinking, I think, is just that: a process of awareness; an awareness of awareness, changing with the landscape it touches—being its appreciation and its gown. Thinking, I think, is like dew at dawn, fragile, always on the brink of disappearing into thin air; always only dense near the ground; always threatened by the heat of the sun.

As I think, I don’t think: that is, analyze, compare or reckon. I let become. In thinking, I don’t manipulate symbols; I see faces of realities appear from a dark background, facing each other, making their grimaces, sometimes hiding under masks, sometimes promising more-to-come. Thinking has no objects; its thoughts are but faces, which we would only understand if we could have been there when they wandered through their own paths, their ordeals, their obscure encounters of fate that made them what they are in these moments of encounter. In my view, it is not an accident that the Baha’i scriptures spell this out by insisting that the reality of being human is thought. In reminiscing Plotinus, one might say: As thinking reveals a Face (as Baha’u’llah repeats with the Qur’an 55:27), it is that of the Friend. This is its primordial appearance: Primal Mind.

​Of course, this image is not meant to exclude, but rather to provoke, a host of other equally unfathomable images: the Primal Will, the Word, Abyss, Love; and beyond that, perhaps, the Dharma, the Buddha-body (dharmakaya). Thinking can become a mirror “reflecting” that which is beyond thought: the invisible, too bright a sun. Thinking always becomes faith when it turns mind onto its Self, as it is also only a reflection of what is unfathomably beyond itself: metanoia. Thought is mystical—as it roams through inner reality and the unfathomable, I wait for the spirit to sink into my heart. Thought is prophetic—it invites the unexpected, the not yet.

It is in thinking that I found myself—one day at young age. It just happened. I remember the awakening, a sudden, intense consciousness of being-in-the-universe, in the face of its speaking to me, raising the questions of its why and whence. How can anything exist? Is it itself or empty or potentially divine? Is the All all there is? Yet, how could Reality be of and, if at all, beyond itself? And can it (and I in it) act in or on itself? I remember vividly having a metaphysical episode in which such a line of questioning led me to an intense apophatic awareness. Stripping everything away from existence, this experimental awareness left me, in the end, with—not darkness, but singing light. I wanted to become a thinker, from early age on; and I have never stopped striving, at one time, to become one.

It is this inclination to think that, in the end, also allowed me to conceive of Baha’u’llah as the one who is who he says he is: the Manifestation of this Face of the unfathomable Reality that some wish to name God and some avoid to identify at all. I am aware that this thought was (never) entirely new. Hadn’t many religions of the past, spiritual movements and philosophies throughout the history of humanity, imagined such a puzzling configuration: from Philo of Alexandria to Plotinus, from Moses to Jesus, from (the Wisdom of) Solomon to Laozi, from Krishna to the Buddha, from Mohammad to the Bab?

And weren’t, in most of these appearances of the Nameless or Placeless, its manifestations by no means the only ones, but ones in a chain or cycle of renewal, always naming the nameless One by its novelty, revolving through the infinite cycle of existence? While it were these resonances in the diverse networks of thought that prepared me to recognize these faces, it was the feeling of these faces, as they came together in the existential theatre of my universe, and not any logical analysis or manipulation of concepts, that compelled me to concede my reality, my thought, my faith to Baha’u’llah.

Divine Appearances: Transreligious Aspects of the Baha'i Discourse
on the Manifestation of God (Studies in the Babi and Baha'i Religions), March 9, 2022 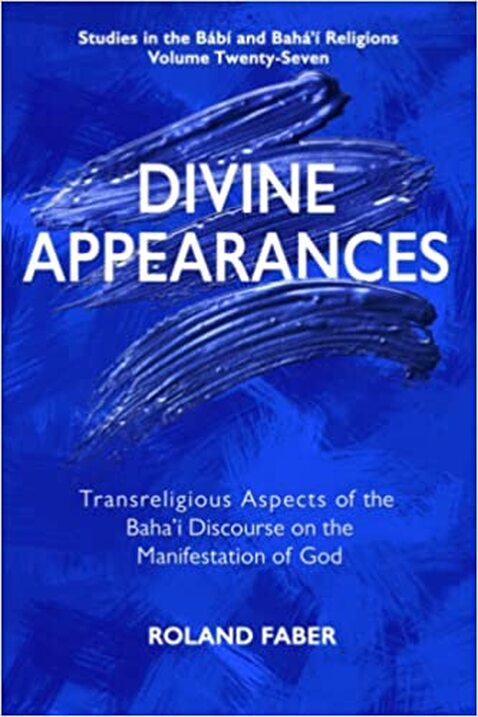 "What are we to make of our world with its diverse religions and their endless competing claims to Ultimate Truth? There is a tremendous diversity of perspectives between religions, yet there are teachings within each religion that try to find unity within this diversity. Central to the Baha'i Faith is the teaching that unity in diversity should be a catalyst for greater fellowship between believers. Not in competition, but in a flowering of a new enlightenment founded on the principle of oneness; of God, religion, and humanity. In Roland Faber’s exciting and profound exploration of this theme he offers new insights into Baha’i thought by taking a deep dive into the Baha'i Scriptures. He explores the mystical and philosophical dimensions of the Baha’i Writings in dialogue with Daoist, Hindu, Buddhist, and Sufi teachings, along with a provocative essay that brings Baha’i ideas into discourse with the work of early 20th-century American philosopher and mathematician Alfred North Whitehead." 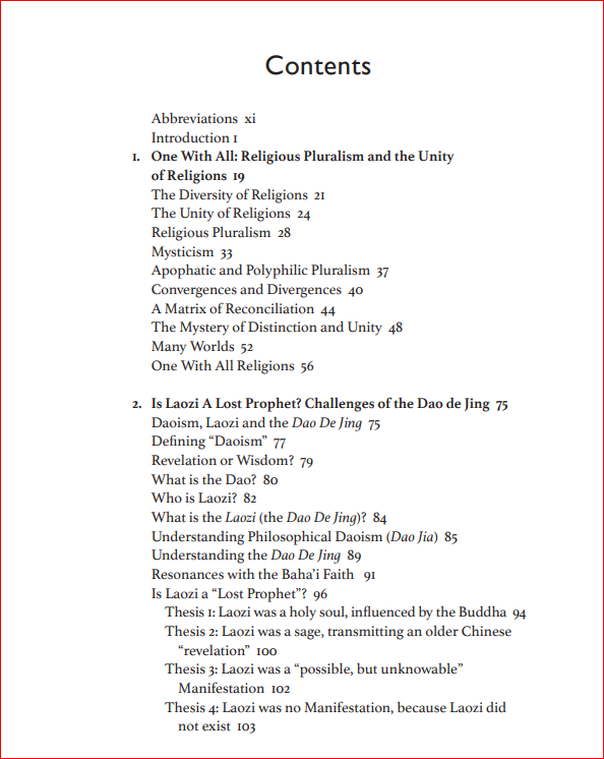 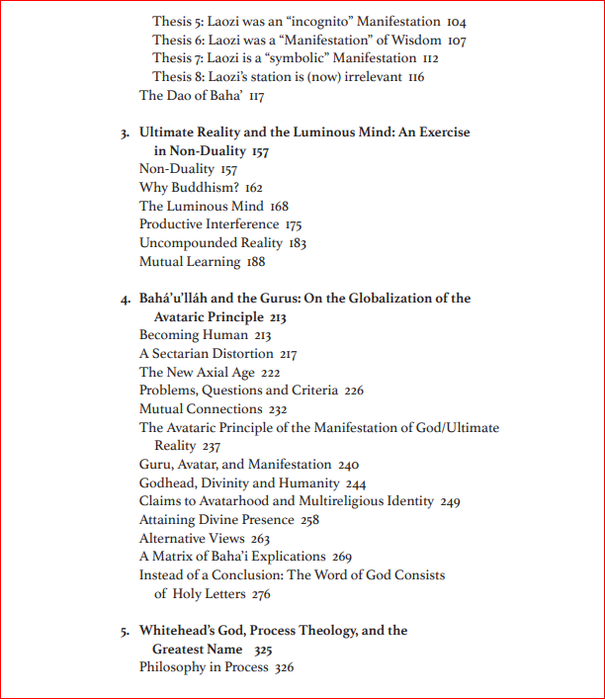 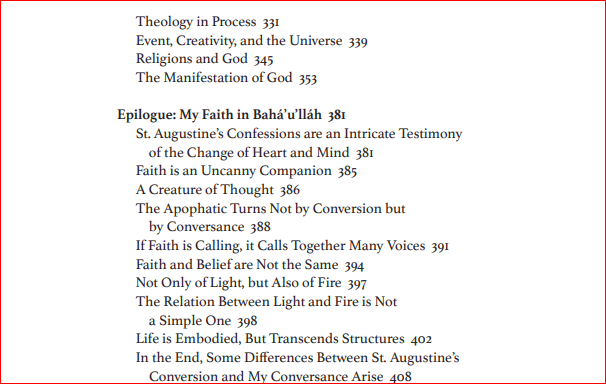 between Process Theology and Baha'i
explored by Faber in Divine Appearances
​​ 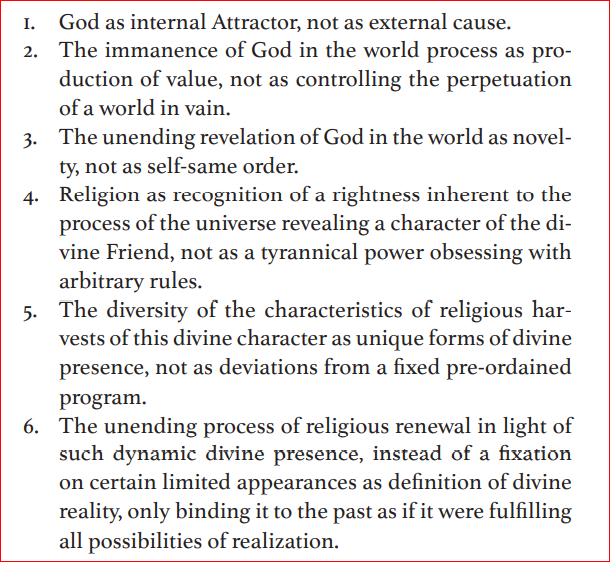