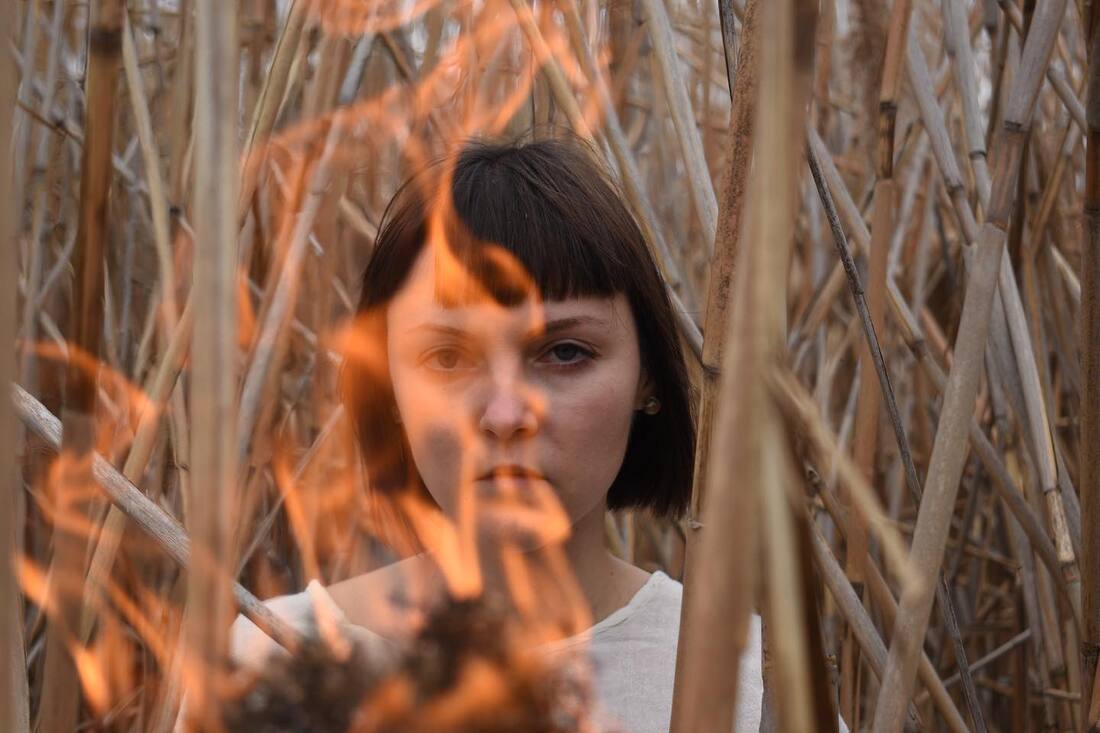 ​
​За нашою границею
​
​New Music from Ukraine
​
​
To practice the process way is to listen to the voice/ways of
each and all, along with God, the Deep Listening.

In the listening the voice/ways become part of
our own lives, even as they belong to others. 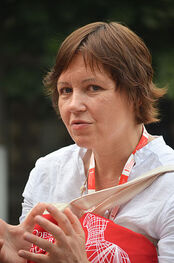 Alla Zagaykevych, a Ukrainian composer, combines symphonic, chamber, electroacoustic compositions, and chamber opera with modern media-art (performances, multi-media installations, music for films and video-art works). She graduated from Kyiv State P. Thaikovsky Conservatory.
​
​In 1997 she created the Electronic Studio at the National Music Academy of Ukraine.  Since the mid-1990-th Alla Zagaykevych is an active promoter of academic electro-acoustic music trends in Ukraine, she collaborates with performers of experimental electronic and new improvisation music.

"This collection consists almost entirely of spring songs or songs - about the awakening of life, nature, coming out of the cold. But our folk song is ironic, absurd, grotesque, existential - that's why it sounds in the middle of winter, in endless darkness - war, epidemics and cataclysms.

"In this album - rebirth, Kafkaesque "reincarnation" of spring flowers - the beauty of nature echoes the sounds of chainsaws in the woods, cuckoo, as if mocking, endlessly prophesies 'ku-ku, and in the meadow, where spring songs sing, the remains of torn packages, shit and cigarette butts. "

On the cover a child's hand "delivers blackness", trying to get rid of the creeping darkness. "It's not even a premonition of a cataclysm, it's not a feeling of the apocalypse - it's the realization of his living here and now."

​"Hear some contemporary music from Ukraine and by Ukrainians abroad, from Swedish-based Lubomyr Melnyk, German-based Mariana Sadovska with the Bay Area choir Kitka, and Irish ensemble Yurodny in a contemporary interpretation of traditional Ukrainian music.

"Listen to some of The Rusalka Cycle by Cologne-based Ukrainian composer and musicologist Mariana Sadovska written for California-based choir Kitka along with music by Mavka, the band named after the mythological figure who is said to “entice or seduce young men to later tickle their victims to death”(Wikipedia.) There’s also electroacoustic music by Kyiv-based Alla Zagaykevych, a contemporary composer and educator who has roots in folkloric music. Hear her piece, “Voice/Way,” from a compilation of experimental music from Ukraine.

"Listen to drone-folk from Winnipeg band Paris to Kyiv, and music in the continuous mode from Canadian composer and pianist Lubomyr Melnyk (of Ukrainian origin), who is now based in Sweden. Plus, hear music from the Irish-based Yurodny Ensemble, whose members include Ukranian fiddler Oleg Ponomarev (as well as percussionist/pianist Francesco Turrisi and cellist Kate Ellis), in a work inspired by traditional folk singing culture of the northern Polissia region of Ukraine. And more.

​Process Theology and Ukrainian Avant-Garde Music;
​We, between Past and Future: Artists in Kyiv, Ukraine
​​Seeing the World in Vivid Colors: A Ukrainian Gift to Ecological Civilization
​
Open Horizons